Quora. Quora is a question-and-answer website where questions are created, answered, edited and organized by its community of users. 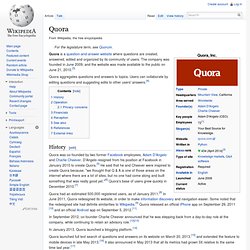 The company was founded in June 2009, and the website was made available to the public on June 21, 2010.[3] Quora aggregates questions and answers to topics. Users can collaborate by editing questions and suggesting edits to other users' answers.[4] History[edit] Quora was co-founded by two former Facebook employees, Adam D'Angelo and Charlie Cheever. In September 2012, co-founder Charlie Cheever announced that he was stepping back from a day-to-day role at the company, while continuing to retain an advisory role.[12][13] In January 2013, Quora launched a blogging platform.[14] Quora launched full text search of questions and answers on its website on March 20, 2013,[15] and extended the feature to mobile devices in late May 2013.[16] It also announced in May 2013 that all its metrics had grown 3X relative to the same time last year.[17] Operation[edit] Reception[edit]

IntroNetworks is a company that offers a Rich Internet Application which facilitates people connections through the creation of large categorized social networks. 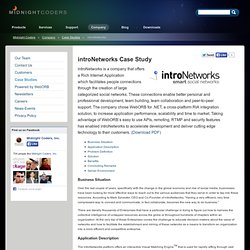 (Download PDF) Over the last couple of years, specifically with the change in the global economy and rise of social media, businesses have been looking for more effective ways to reach out to the various audiences that they serve in order to tap into these resources. IntroNetworks chose Midnight Coders, Inc. and WebORB for .NET for many reasons. Videos posted by Relationship Economics: What is Your ROI? Nine Ways to Build Your Own Social Network. The news may overflow with stories about the social networking giants, such as Facebook and MySpace, but a horde of companies are doing their best to reduce the fundamental features of these websites to mere commodities. 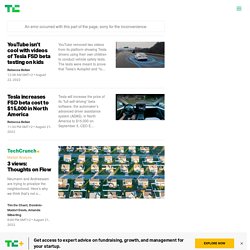 These up-and-coming companies provide so-called “white label” social networking platforms that enable their customers to build their own social networks (often from scratch) and to tailor those networks to a range of purposes. The idea of white labeling a network is to make the platform provider as invisible as possible to the social network’s users and to brand the network with the builder’s identity or intent. While definitions of “social networking” may vary, social networks are primarily defined by member profiles and some sort of user generated content. There are roughly three types of companies that have emerged in the space of white label social networking. More details on each are below. 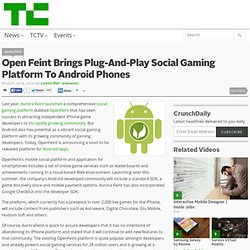 But Android also has potential as a vibrant social gaming platform with its growing community of gaming developers. Today, OpenFeint is announcing a soon to be released platform for Android apps. OpenFeint’s mobile social platform and application for smartphones includes a set of online game services such as leaderboards and achievements running in a cloud-based Web environment. Launching later this summer, the company’s Android developed community will include a standard SDK, a game discovery store and mobile payment options. Aurora Feint has also incorporated Google Checkout into the developer SDK. The platform, which currently has a presence in over 2,200 live games for the iPhone, will include content from publishers such as Astraware, Digital Chocolate, Glu Mobile, Hudson Soft and others. Audience Connected.