CleanedUOSSSimpleSabotage sm. METAL ON METAL: Hellmouth and Satan represantation in medieval paintings. Hellmouth is the entrance to Hell envisaged as the gaping mouth of a huge monster, an image which first appears in Anglo-Saxon art, and then spread all over Europe, remaining very common in depictions of the Last Judgment and Harrowing of Hell until the end of the Middle Ages, and still sometimes used during the Renaissance and after. 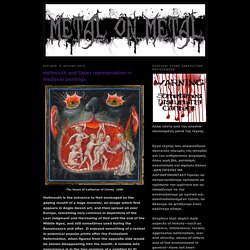 It enjoyed something of a revival in polemical popular prints after the Protestant Reformation, when figures from the opposite side would be shown disappearing into the mouth. A notable late appearance is in the two versions of a painting by El Greco of about 1578. Political cartoons still showed Napoleon leading his troops into one. Medieval theatre often had a hellmouth prop or mechanical device which was used to attempt to scare the audience by vividly dramatizing an entrance to Hell. Panthera tigris (Tiger) The Tiger once ranged widely across Asia, from Turkey in the west to the eastern coast of Russia (Nowell and Jackson 1996). 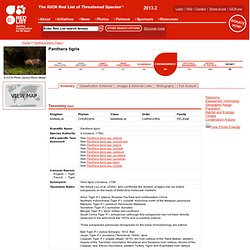 They may still persist in North Korea, although there has been no recent confirmed evidence. In 1994, the first comprehensive assessment to delineate Tiger range was carried out (Dinerstein et al. 1997). This exercise was revised and updated ten years later, and in delineating Tiger Conservation Landscapes (TCLs), greater emphasis was placed on actual records of Tiger presence and breeding (Sanderson et al. 2006). Map of the Dead - Zombie Survival Map. The Local - Norway's News In English. Resource Catalogue - Jisc Collections. Carl Giles Digital Archive. 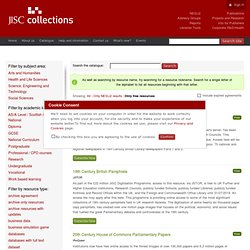 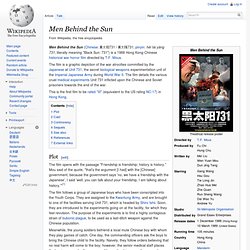 Mous. The film is a graphic depiction of the war atrocities committed by the Japanese at Unit 731, the secret biological weapons experimentation unit of the Imperial Japanese Army during World War II. Seiichi Morimura. The Devil's Gluttony was serialized in the Akahata (Japanese Communist Party's newspaper) in 1980,[1] and subsequently published by Kobunsha (光文社), in two volumes 1981 and 1982.[3] In the ensuing controversy, half of a photograph was discovered to be a fabrication, and Kobunsha subsequently withdrew the book. 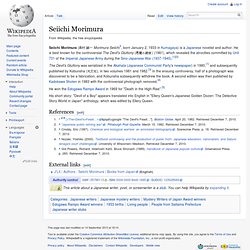 A second edition was then published by Kadokawa Shoten in 1983 with the controversial photograph removed.[4] He won the Edogawa Rampo Award in 1969 for "Death in the High-Rise".[5] His short story: "Devil of a Boy" appears translated into English in "Ellery Queen's Japanese Golden Dozen: The Detective Story World in Japan" anthology, which was edited by Ellery Queen. References[edit] External links[edit] J'Lit | Authors : Seiichi Morimura | Books from Japan (English) Pill Reports - Ecstasy Test Results Database by Enlighten. Amazing Species. Local Food. Nieman Watchdog. Reflecting the Truth. Strategic Export Controls: Reports and Statistics. As part of its commitment to transparency in Export Controls, the Government has published Annual Reports on export licensing decisions since 1997. 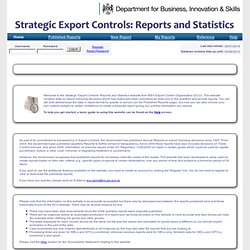 From 2004, the Government also published Quarterly Reports to further enhance transparency. Since 2005 these reports have also included decisions on Trade Control licences, and since 2006, information on licences issued under EC Regulation 1236/2005 (on trade in certain goods which could be used for capital punishment, torture or other cruel, inhuman or degrading treatment or punishment). However, the Government recognises that published reports do not always meet the needs of the reader. This website has been developed to allow users to create reports based on their own criteria, e.g., specific types of exports to certain destinations, over any period of time (but subject to a minimum period of 30 days). Britain's Current Affairs & Politics Magazine. Sadakat kadri. INFORMATION CLEARING HOUSE. NEWS, COMMENTARY & INSIGHT. 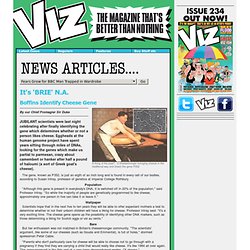 - a cheesemonger monging cheese in the traditional way and (inset) the gene P352 By our Chief Fromagier Sir Duke JUBILANT scientists were last night celebrating after finally identifying the gene which determines whether or not a person likes cheese. Eggheads at the human genome project have spent years sifting through miles of DNAs, looking for the genes which make us partial to parmesan, crazy about camembert or hanker after half a pound of haloumi (a sort of Greek goat's cheese).