Meditation Resource: How-to, Music, Books, Films and More! Mindfulnet.org:The independent mindfulness information website - Home. How to Heal Yourself With Thoughts. Mysterious Tibetan Singing Bowls. 19th January 2015 By Radim Cechvala Guest Writer for Wake Up World Unknown by origin with vague traces in the past, the true history of Tibetan Singing Bowls is yet to be discovered. 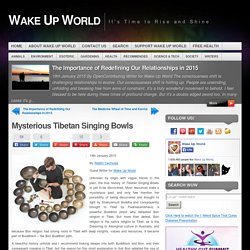 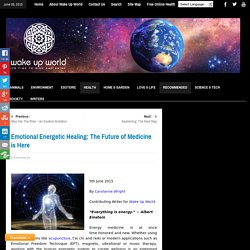 How Our Thoughts Control Our DNA. By Bruce H. 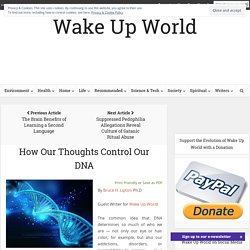 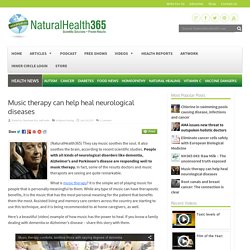 It also soothes the brain, according to recent scientific studies. People with all kinds of neurological disorders like dementia, Alzheimer’s and Parkinson’s disease are responding well to music therapy. In fact, some of the results doctors and music therapists are seeing are quite remarkable. What is music therapy? It is the simple act of playing music for people that is personally meaningful to them. Emotional Energetic Healing: The Future of Medicine is Here. Reflexology Hand And Foot Charts. Please be sure to Join our email list and receive all our latest tutorials daily – free! 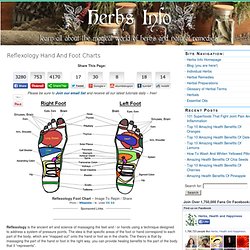 1K+ Reflexology Foot Chart – Image To Repin / SharePhoto – Wikipedia – lic. under CC 3.0 Reflexology is the ancient art and science of massaging the feet and / or hands using a technique designed to address a system of pressure points. The idea is that specific areas of the foot or hand correspond to each part of the body, which are “mapped out” onto the hand or foot as in the charts. The theory is that by massaging the part of the hand or foot in the right way, you can provide healing benefits to the part of the body that it “represents”. Banish Osteoporosis, Insomnia, Fatigue and More With Simple Taoist Bone Breathing Technique. By Carolanne Wright Contributing Writer for Wake Up World Many years ago in the U.S., while walking one of the main streets through the heart of Berkeley, California, I stumbled across an unassuming store dedicated to Tao philosophy. 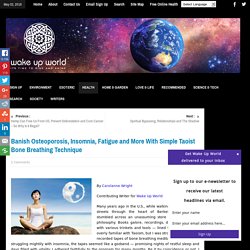 Books galore, recordings, diagrams — along with various trinkets and tools — lined the walls. Negative Ions. The Benefits of Negative Ions. 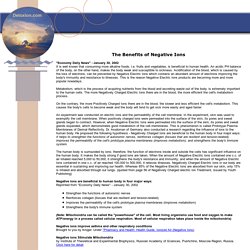 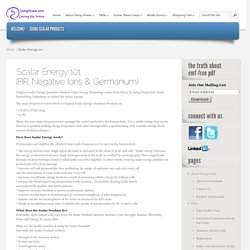 The main frequencies embedded in Original Scalar Energy Quantum Pendant are * 7.8 HZ to 8 HZ range * 12 HZ These two core scalar frequencies are amongst the most beneficial to the human body. It is a subtle energy that can be harness to produce healing energy frequencies that came through while experimenting with violently abrupt direct current electrical charges. Cosmic energysecrets. Harvard Study Reveals What Meditation Literally Does To Gastrointestinal (Bowel) Disorders. The hits just keep on coming when it comes to the health benefits of meditation. 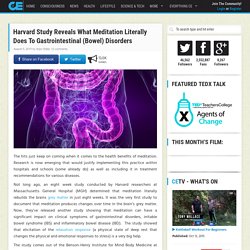 Research is now emerging that would justify implementing this practice within hospitals and schools (some already do) as well as including it in treatment recommendations for various diseases. Not long ago, an eight week study conducted by Harvard researchers at Massachusetts General Hospital (MGH) determined that meditation literally rebuilds the brains grey matter in just eight weeks.

It was the very first study to document that meditation produces changes over time in the brain’s grey matter. Now, they’ve released another study showing that meditation can have a significant impact on clinical symptoms of gastrointestinal disorders, irritable bowel syndrome (IBS) and inflammatory bowel disease (IBD).

The study showed that elicitation of the relaxation response (a physical state of deep rest that changes the physical and emotional responses to stress) is a very big help. Sound Healing: The Power of Sound (Binaural Beats Meditation Included!) By Peter Paul Parker Guest Writer for Wake Up World. 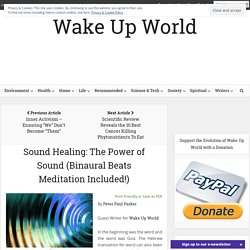 Research on Pranic Healing. Five Breaths to Unblock Eight Vessels by leeyuanfon. The Cure for Everything - Fasting, Detox, and Raw Living Foods. Dr. Robert Morse is an American naturopathic who has been practicing for almost 40 years and has cured over 100,000 people of every disease imaginable using simple detoxification methods and a Raw Vegan diet.

The Cure for Everything - Fasting, Detox, and Raw Living Foods. Enviromedica. Culture and History of Clay Consumption In fact, eating clay is a global practice that has existed among humans since their evolution from primates, and one that continues today among traditional ethnic groups as well as numerous animal species. The practice of eating clay has been studied in present and traditional cultures from areas across continents, including present-day Arizona and California, Central and South America, Sweden and Sardinia, sub-Saharan Africa, Indonesia, and Australia. Enviromedica. Topical Index - Alternative Medicine. Your Immortal Brain - Mastering the Art of Observation. Sanskrit Glossary for Ayurvedic Terms. Abhyanga. Meditation Music - Hemi-Sync - Deep Insights.