Sky. Image may be subject to copyright Terms of Use Image Credit: DSS Consortium, SDSS, NASA/ESA. 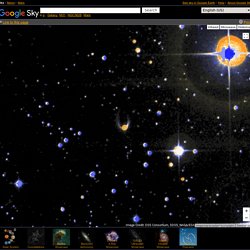 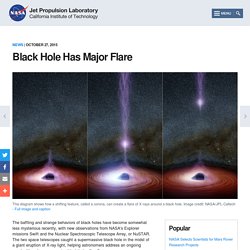 The two space telescopes caught a supermassive black hole in the midst of a giant eruption of X-ray light, helping astronomers address an ongoing puzzle: How do supermassive black holes flare? The results suggest that supermassive black holes send out beams of X-rays when their surrounding coronas -- sources of extremely energetic particles -- shoot, or launch, away from the black holes. Alleged CIA agent leaks inside knowledge of Planet X after viewing it through Hubble Space Telescope. (INTELLIHUB) — Upon recent admissions by NASA and other officials confirming Planet X is real after all, one must question the validity of the information presented through mainline streams which may actually be an attempt to thwart the populace from discovering the actual approaching system. 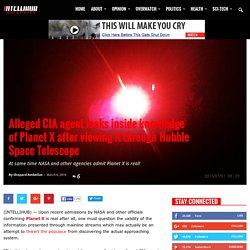 “This thing has got seven planets and its own sun,” said an alleged CIA agent who claims to have witnessed the ‘mini solar system’ after intercepting image and data transmissions from the Hubble Space Telescope during his employment with the Central Intelligence Agency. “I think this thing has a planet like ours circling it. This is its own solar system. Newly discovered celestial object defies categories.

An object discovered by astrophysicists at the University of Toronto (U of T) nearly 500 light years away from the Sun may challenge traditional understandings about how planets and stars form. 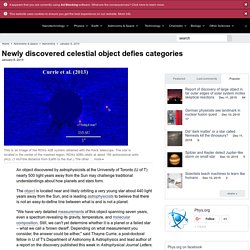 The object is located near and likely orbiting a very young star about 440 light years away from the Sun, and is leading astrophysicists to believe that there is not an easy-to-define line between what is and is not a planet. "We have very detailed measurements of this object spanning seven years, even a spectrum revealing its gravity, temperature, and molecular composition. Still, we can't yet determine whether it is a planet or a failed star – what we call a 'brown dwarf'. Depending on what measurement you consider, the answer could be either," said Thayne Currie, a post-doctoral fellow in U of T's Department of Astronomy & Astrophysics and lead author of a report on the discovery published this week in Astrophysical Journal Letters. Report of discovery of large object in far outer edges of solar system incites skeptical reactions.

We Finally Have the Full Story on Ceres' Mysterious Bright Spots. Real "Death Star" is vaporizing its own planet. Inexplicable Moon Anomalies Reveal Deception About Outer Space. Makia Freeman, ContributorWaking Times Moon anomalies are nothing new, there are many people, including mainstream Western scientists, who have pointed out numerous highly strange and irregular things about the moon. 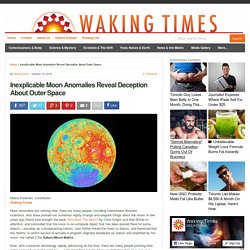 A few years ago David Icke brought the book Who Built The Moon? By Chris Knight and Alan Butler to attention, and concluded that the moon is an unnatural object that has been placed there for some reason – possibly as a broadcasting station. Has Kepler Discovered an Alien Megastructure? NASA’s Kepler Space Telescope is tasked with finding small, rocky worlds orbiting distant stars. 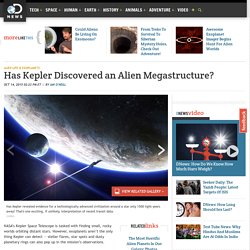 However, exoplanets aren’t the only thing Kepler can detect — stellar flares, star spots and dusty planetary rings can also pop up in the mission’s observations. But there’s also been speculation that Kepler may have the ability to detect more than natural phenomena; if they’re out there, Kepler may also detect the signature of artificial structures orbiting other stars. Imagine an advanced civilization that’s well up on the Kardashev scale and has the ability to harness energy directly from its star. This hypothetical alien civilization may want to construct vast megastructures, like supersized solar arrays in orbit around their host star, that could be so big that they blot out a sizable fraction of starlight as they pass in front. 13 Ways to Hunt Intelligent Aliens When Kepler detects an exoplanet, it does so by sensing the very slight dip in starlight from a given star. 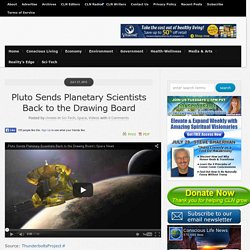 The mission has already provided a number of surprises for planetary scientists. The tiny planet’s geological activity, its apparent age, the stunning features on its moons and more all defy many fundamental ideas in planetary science. UFO Sightings Hotspot. Alien Structure On Ceres Confirmed In Two More Photos By NASA, April 2015 (Video)

Above screenshot is of a negative color effect. 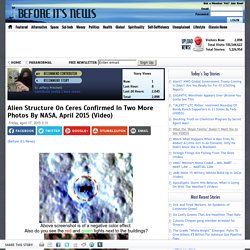 Also do you see the red and green lights next to the buildings? Date of new photo: April 13, 2015Location of anomaly: Crater on Ceres, dwarf planetSource photo: photo 2: Planets in the habitable zone around most stars, calculate researchers. Astronomers have discovered thousands of exoplanets in our galaxy, the Milky Way, using the Kepler satellite and many of them have multiple planets orbiting the host star. 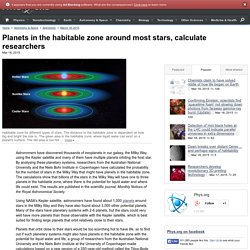 By analysing these planetary systems, researchers from the Australian National University and the Niels Bohr Institute in Copenhagen have calculated the probability for the number of stars in the Milky Way that might have planets in the habitable zone. The calculations show that billions of the stars in the Milky Way will have one to three planets in the habitable zone, where there is the potential for liquid water and where life could exist. The results are published in the scientific journal, Monthly Notices of the Royal Astronomical Society. Using NASA's Kepler satellite, astronomers have found about 1,000 planets around stars in the Milky Way and they have also found about 3,000 other potential planets. 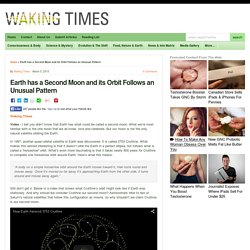 What we’re most familiar with is the one moon that we all know, love and celebrate. But our moon is not the only natural satellite orbiting the Earth. In 1997, another quasi-orbital satellite of Earth was discovered. “A body on a simple horseshoe orbit around the Earth moves toward it, then turns round and moves away. Still don’t get it. Source: Dwarf planet discovery hints at a hidden Super Earth in solar system. Astronomers have increased the size of the observable solar system after spotting a 450-km wide object orbiting the sun.

Two planets as big as Earth ‘could be on edge of solar system’ At least two as-yet undiscovered planets as big as Earth or larger may be hiding in the outer fringes of the solar system, scientists believe. The secret worlds are thought to exist beyond the orbits of Neptune, the furthest true planet from the Sun, and the even more distant tiny “dwarf planet” Pluto. The evidence comes from observations of a belt of space rocks known as “extreme trans-Neptunian objects” (Etnos). Orbiting the Sun beyond Neptune, Etnos should be distributed randomly with paths that have certain defined characteristics. But a dozen of the bodies have completely unexpected orbital values consistent with them being influenced by the gravitational pull of something unseen. “The exact number is uncertain, given that the data that we have is limited, but our calculations suggest that there are at least two planets, and probably more, within the confines of our solar system.”

PP-32-05.PDF (application/pdf Object) UT Research Uncovers Forces that Hold Gravity-Defying Near-Earth Asteroid Together. Asteroid 1950 DA. Photo credit: NASA Researchers at UT have made a novel discovery that may potentially protect the world from future collisions with asteroids. The team studied near-Earth asteroid 1950 DA and discovered that the body, which rotates so quickly it defies gravity, is held together by cohesive forces, called van der Waals, never before detected on an asteroid. The findings, published in this week’s edition of the science journal Nature, have potential implications for defending our planet from a massive asteroid impact.

Previous research has shown that asteroids are loose piles of rubble held together by gravity and friction. Looking at thermal images and orbital drift to calculate thermal inertia and bulk density, the team detected the action of cohesive forces in an environment with little gravity. Icist suggests speed of light might be slower than thought. Discovery of new dwarf planet hints at other objects in solar system.

Planet-hunters scouring the heavens have found thousands of distant worlds around other stars, but astronomers may have overlooked one lurking much closer to home. Scientists searching for glimmers of light beyond Pluto say they've discovered a new dwarf planet — and that its movements hint that an invisible giant planet far larger than Earth may inhabit the solar system's mysterious frontier. The new dwarf planet, dubbed 2012 VP113 and described in a study published in Thursday's edition of the journal Nature, helps confirm the existence of an "inner Oort cloud" in an interplanetary no man's land that was once thought to be barren but could be teeming with rocky objects.

"We had high hopes, and our hopes were confirmed," said Scott Sheppard, an astronomer at the Carnegie Institution for Science in Washington, who co-wrote the paper with Chadwick Trujillo of the Gemini Observatory in Hawaii. Spotting such distant, dim objects is not easy. Amina.khan@latimes.com.