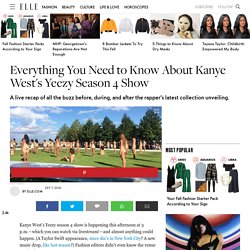 Vanessa Beecroft is performing: The Tidal livestream has just started with a view of the city and Kanye West's "Ultralight Beam" playing. Tidal. Rihanna Teases Every Piece From Her FENTY PUMA FW16. Rihanna and PUMA spent the summer dropping shoes right and left, including furry pool slides, low-cut creepers and a mesh-laden trainer. 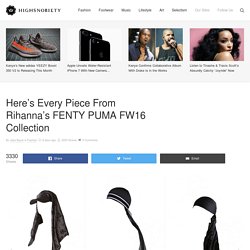 But as exciting as this bevy of footwear is, it pales in comparison to the duo’s upcoming FENTY FW16 collection. We can now give you the grand reveal of every single piece from the upcoming line. And what a line it is. What will Alexa Chung's fashion line look like? Alexa Chung will launch a fashion line called Alexachung in May 2017. 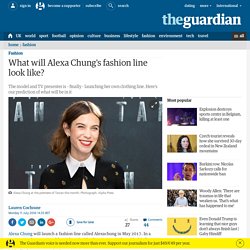 In a statement, the 32-year-old – with typical kook – commented: “With this first collection, I aim not only to delight your eyeballs but to furnish your wardrobe with all of your soon-to-be favourite pieces.” The truth is, she’s probably on to something. Chung has, arguably, become one of the biggest influencers on what young women wear over the past decade. Her own line follows a series of collaborations with other brands including Madewell and Eyeko, drawing on her own personal style. After AG Jeans last year, Chung curated an Archive collection for Marks & Spencer in April.