What is the role of civil disobedience today? – Lesson Plan. By Doug DuBrin, an English and history teacher, as well as an editor and writer Subject(s) Social Studies, Civics Estimated Time: Two to three class periods, plus extended activities Grade Level. 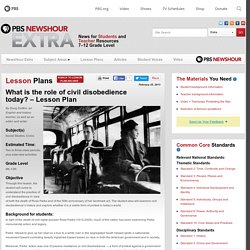 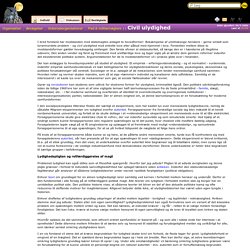 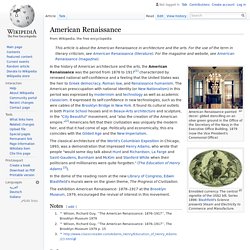 In the history of American architecture and the arts, the American Renaissance was the period from 1876 to 1917[1] characterized by renewed national self-confidence and a feeling that the United States was the heir to Greek democracy, Roman law, and Renaissance humanism. The American preoccupation with national identity (or New Nationalism) in this period was expressed by modernism and technology as well as academic classicism. Utopias, past and present: why Thomas More remains astonishingly radical.

Thomas More’s Utopia, a book that will be 500 years old next year, is astonishingly radical stuff. 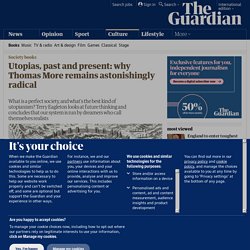 Not many lord chancellors of England have denounced private property, advocated a form of communism and described the current social order as a “conspiracy of the rich”. Such men, the book announces, are “greedy, unscrupulous and useless”. There are a great number of noblemen, More complains, who live like drones on the labour of others. Tenants are evicted so that “one insatiable glutton and accursed plague of his native land” may consolidate his fields.

Plate 4: St. Mark's and St Luke's churches, Kennington and West Norwood. Ammi B. Young. Ammi Burnham Young (June 19, 1798 – March 14, 1874)[a] was a 19th-century American architect whose commissions transitioned from the Greek Revival to the Neo-Renaissance styles. 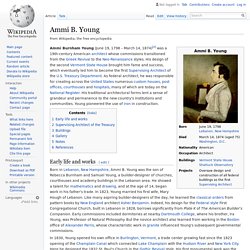 His design of the second Vermont State House brought him fame and success, which eventually led him to become the first Supervising Architect of the U.S. Treasury Department. As federal architect, he was responsible for creating across the United States numerous custom houses, post offices, courthouses and hospitals, many of which are today on the National Register. His traditional architectural forms lent a sense of grandeur and permanence to the new country's institutions and communities. West Virginia State Capitol by Cass Gilbert. West Virginia State Capitol (page 1 of 2 pages) Cass Gilbert west wing: 19244-25; east wing: 1926-27; rotunda: 1930-32 Continue to page 2. 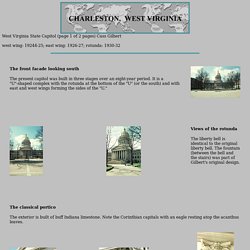 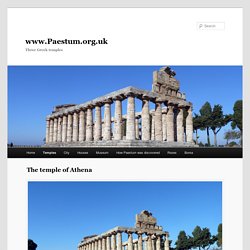 Classical Orders of Architecture. Of the three columns found in Greece, Doric columns are the simplest. 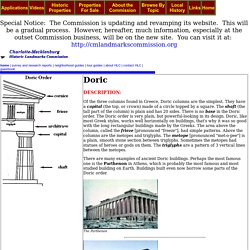 They have a capital (the top, or crown) made of a circle topped by a square. The shaft (the tall part of the column) is plain and has 20 sides. Agustus Caesar. Agustus Caesar Agustus September 23, 63 BC - August 19, 14 AD) is the founder of the Roman Empire and its first Emperor, ruling from 27 BC until his death in 14 AD. 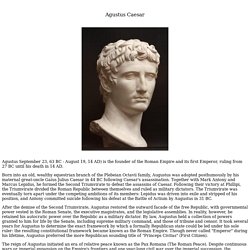 Born into an old, wealthy equestrian branch of the Plebeian Octavii family, Augustus was adopted posthumously by his maternal great-uncle Gaius Julius Caesar in 44 BC following Caesar's assassination. At undervise tematisk i Homer - Oldtidskundskab. At undervise i Homer kræver at man forstår begrænsningens kunst. 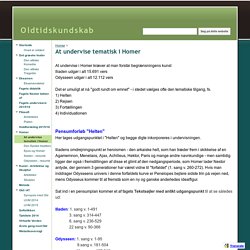 Women in ancient Rome. The educated and well-traveled Vibia Sabina (ca. 136 AD) was a grand-niece of the emperor Trajan and became the wife of his successor Hadrian; unlike some empresses, she played little role in court politics and remained independent in private life, having no children and seeking emotional gratification in love affairs[1] As is the case with male members of society, elite women and their politically significant deeds eclipse those of lower status in the historical record. Inscriptions and especially epitaphs document the names of a wide range of women throughout the Roman Empire, but often tell little else about them. Childhood and education[edit]

This web site honors all those who have worked to bring the Ara Pacis so impressively back to life. Posted 15 April 2011 Any significant additions will be dated. Charles S. Rhyne Professor Emeritus, Art History Reed College. Ancient Greece sites.