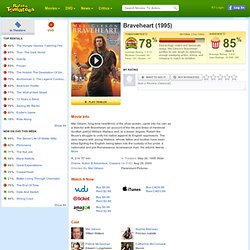 And as its director, he displays some daring of his own. A lavish, entertaining spectacle full of manly men, dastardly villains, rousing battles and women who easily see Mel's hero potential through all that messy hair. In addition to staging battle scenes well, Gibson also manages to recreate the filth and mood of 700 years ago. Mel Gibson throws his whole heart into a role. Braveheart has a gut-wrenching, bone-breaking, sword-thwacking verve. Many movies deal with battlefield heroics. The screenplay says repeatedly that thinking is more important than fighting, yet problems are always met with muscle-power in the movie, which wallows in violence and vengeance every chance it gets. Braveheart. The True Story - Braveheart - On DiscoveryUK.com. Braveheart – Mel Gibson’s Oscar winning box office smash of 1995 tells the story of real life Scottish rebel and freedom fighter William Wallace. 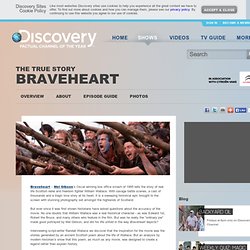 With savage battle scenes, a cast of thousands and a tragic love story at its heart, it is a sweeping historical epic brought to the screen with stunning photography set amongst the highlands of Scotland. But ever since it was first shown historians have asked questions about the accuracy of the movie. No one doubts that William Wallace was a real historical character - as was Edward 1st, Robert the Bruce, and many others who feature in the film. James Horner - Braveheart Theme Song. Around Scotland, Wallace and Bruce - Info. Braveheart.

Braveheart. Untitled. BRAVEHEART Robert the Bruce (narrator): I shall tell you of William Wallace. 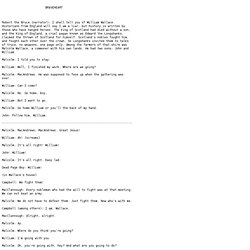 Historians from England will say I am a liar, but history is written by those who have hanged heroes. The king of Scotland had died without a son, and the King of England, a cruel pagan known as Edward the Longshanks, claimed the thrown of Scotland for himself. Scotland's nobles fought him, and fought each other over the crown. So Longshanks invited them to talks of truce, no weapons, one page only. William Wallace. Sir William Wallace (Medieval Gaelic: Uilliam Uallas; modern Scottish Gaelic: Uilleam Uallas; Norman French: William le Waleys;[1] died 23 August 1305) was a Scottish landowner who became one of the main leaders during the Wars of Scottish Independence.[2] Background Statue of Wallace at Edinburgh Castle Political crisis in Scotland Coronation of Alexander When Wallace was growing up, King Alexander III[11] ruled Scotland. 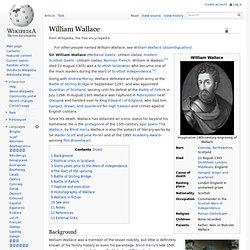 The heir to the throne was Alexander's granddaughter, Margaret, Maid of Norway. With Scotland threatening to descend into civil war, King Edward I of England was invited in by the Scottish nobility to arbitrate. Sir William Wallace. First War of Scottish Independence. The First War of Scottish Independence was the initial chapter of engagements in a series of warring periods between English and Scottish forces lasting from the invasion by England in 1296 until the de jure restoration of Scottish independence with the Treaty of Edinburgh-Northampton in 1328. 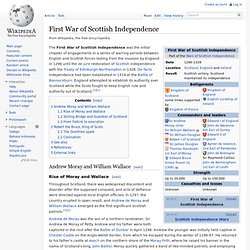 De facto independence had been established in 1314 at the Battle of Bannockburn. England attempted to establish its authority over Scotland while the Scots fought to keep English rule and authority out of Scotland.[1][2] Wars of Independence. Stirling Bridge. Falkirk. Robert I 'The Bruce'. 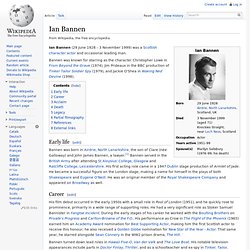 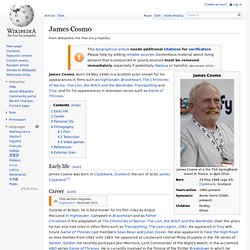 He is an ardent supporter of the football club Rangers and has attended several official functions at Ibrox Stadium. [citation needed] Angus Macfadyen. Early life[edit] Macfadyen was born in Glasgow, Scotland and lived a colourful childhood, being raised in such places as the Philippines, Africa, Singapore and France. 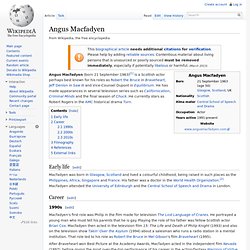 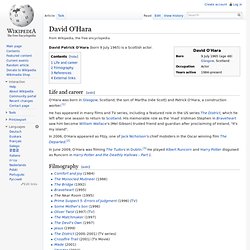 Life and career[edit] O'Hara was born in Glasgow, Scotland, the son of Martha (née Scott) and Patrick O'Hara, a construction worker.[1] He has appeared in many films and TV series, including a featured role in the US series The District, which he left after one season to return to Scotland. Tommy Flanagan (actor) Tommy Flanagan (born 3 July 1965) is a Scottish film and television actor from Glasgow, Scotland. 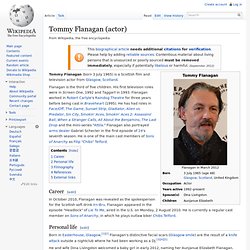 In October 2010, Flanagan was revealed as the spokesperson for the Scottish soft drink Irn-Bru. Flanagan appeared in the episode "Headlock" of Lie To Me, aired in the U.S. on Monday, 2 August 2010. He is currently a regular cast member on Sons of Anarchy, in which he plays outlaw biker Chibs Telford. Peter Mullan. Early life[edit] Career[edit] Personal life[edit] In January 2009, Mullan joined other actors in protesting against the BBC's refusal to screen a Disasters Emergency Committee appeal for Gaza. They told BBC director general Mark Thompson: "Like millions of others, we are absolutely appalled at the decision to refuse to broadcast the appeal. We will never work for the BBC again unless this disgraceful decision is reversed. Mel Gibson. Braveheart stars admit film inspired them to achieve their dreams. THEY were the young stars of the biggest movie ever to come out of Scotland. Now the Braveheart kids are all grown up and making names for themselves in the worlds of acting, modelling and whisky.

The children, who played young William Wallace, Hamish and Murron in the blockbuster film, admit the movie inspired them to achieve their dreams. Now in their late 20s and 30s, James Robinson, Andrew Weir and Mhairi Calvey are barely recognisable as the scruffy urchins who lit up the screen in Mel Gibson’s epic flick. But the talented Scots trio, who were cast by the Oscar-winning actor after a nationwide search, have remained friends and even reunited on the catwalk at the Dressed To Kilt event in New York. Independent Scottish army ‘would be nothing like Braveheart’ Gibson wants to be in charge either way Military analysts said anything other than thousands of kilted, blue psychopaths running about the countryside would be very disappointing.

Bill McKay, professor of swords at Roehampton University, said: “It’ll be like a tiny version of the British Army but with second-hand tanks and an unacceptable level of bagpiping. “If this thing is going to work it needs to be angry, semi-naked and screaming constantly.” A Scottish government spokesman said: “We sounded-out some potential recruits in horribly working class areas.

“They all asked when they’d get their tribal cleavers and when they would be meeting their commanding officer, Mel Gibson.” The spokesman added: “When we told them he wasn’t really William Wallace they said that was fine but they wanted to meet him anyway because he sounds ‘like a total fucking bampot’.” Would-be soldier, Tom Logan, said: “I always imagined it would be done in a wild, mob justice style. Mel Gibson admits that Braveheart was bogus. Fifteen years after he painted his face blue-and-white and wore a kilt for Braveheart, Mel Gibson has admitted his movie depicted a highly romanticised version of William Wallace. Gibson, who directed and starred in the historical romp, told reporters in Edinburgh that the Scottish folk hero was really a "monster" and a "berserker". The stirring film seems to have been loathed and adored by Scots in equal measure since it was released in 1995. Film locations for Braveheart (1995) Braveheart location: the Scottish Highlands: Glencoe, Scotland A reckless disregard for historical accuracy didn't prevent Mel Gibson’s two-dimensional tale of Scots hero William Wallace from snagging both Best Film and Best Director Oscars.

The epic movie helped along by a solid cast, bloodily rousing battle scenes, James Horner’s swooningly romantic score and the awesome landscapes of the Scottish Highlands and – erm – Ireland. There was a bit of controversy when it was announced that this quintessentially Scottish story was to be made largely in Ireland but, when it comes to filmmaking, the Republic is on the ball with tax breaks and the use of its army as extras.