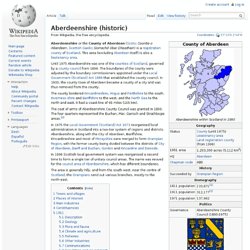 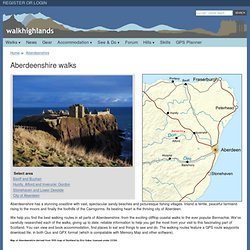 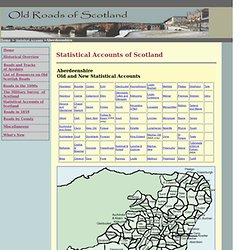 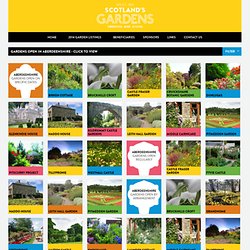 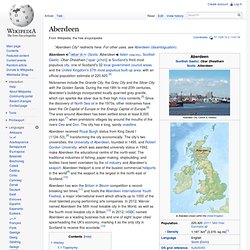 Aberdeen. It's a fact! 50 things you may not know about Aberdeen. 1. 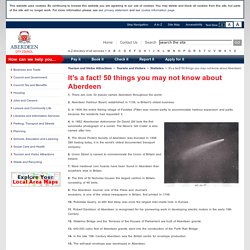 There are over 30 places named Aberdeen throughout the world. 2. Aberdeen Harbour Board, established in 1136, is Britain's oldest business. 3. In 1808 the entire fishing village of Footdee (Fittie) was moved partly to accommodate harbour expansion and partly because the residents had requested it. 4. 5. 6. 7. Doric dialect (Scotland) Doric, the popular name for Mid Northern Scots[1] or Northeast Scots,[2] refers to the dialects of Scots spoken in the northeast of Scotland. 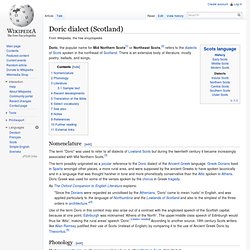 There is an extensive body of literature, mostly poetry, ballads, and songs. The term "Doric" was used to refer to all dialects of Lowland Scots but during the twentieth century it became increasingly associated with Mid Northern Scots.[3] The term possibly originated as a jocular reference to the Doric dialect of the Ancient Greek language. Greek Dorians lived in Sparta amongst other places, a more rural area, and were supposed by the ancient Greeks to have spoken laconically and in a language that was thought harsher in tone and more phonetically conservative than the Attic spoken in Athens.

Quines and Loons. Aberdeenshire Canal. History[edit] The canal was originally conceived as part of a bigger scheme to link Aberdeen to Monymusk, via Inverurie, with a branch from Inverurie along the course of the Urie Glen to Insch. 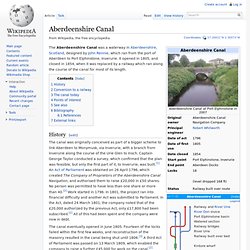 Captain George Taylor conducted a survey, which confirmed that the plan was feasible, but only the first part of it, to Inverurie, was built.[1] An Act of Parliament was obtained on 26 April 1796, which created The Company of Proprietors of the Aberdeenshire Canal Navigation, and authorised them to raise £20,000 in £50 shares. No person was permitted to have less than one share or more than 40.[2] Work started in 1796. In 1801, the project ran into financial difficulty and another Act was submitted to Parliament. Aberdeenshire Canal. Peterhead. Coordinates : Peterhead ( listen ; Scottish Gaelic : Ceann Phàdraig , [ 3 ] Scots : Peterheid listen ) [ 4 ] is a town in Aberdeenshire , Scotland . 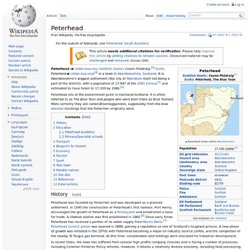 It is Aberdeenshire's biggest settlement (the city of Aberdeen itself not being a part of the district), with a population of 17,947 at the 2001 Census [ 5 ] and estimated to have fallen to 17,330 by 2006. [ 2 ] Peterhead sits at the easternmost point in mainland Scotland. History [ edit ] Peterhead was founded by fishermen and was developed as a planned settlement. In recent times, the town has suffered from several high profile company closures and is facing a number of pressures, including Common Fisheries Policy reforms. Until April 2005, the Royal Air Force station RAF Buchan was located near the town. Education [ edit ] 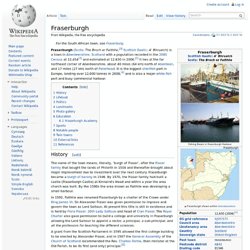 It is the biggest shellfish port in Europe, landing over 12,000 tonnes in 2008, [ 4 ] and is also a major white fish port and busy commercial harbour. History [ edit ] Fraserburgh. Braemar.

The ceilings feature plaster figures of the Nine Worthies and other family emblems. The castle originally had more defensive elements including a walled courtyard with four round towers; only one of the round towers remains today. The castle interior boasts a Great Hall that has the Stuart Arms over the fireplace; a musicians gallery; secret staircase connecting the high tower to the Great Hall; Queen's Bedroom; servants' quarters and of course several splendid plasterwork ceilings.

Craigievar Castle in Autumn. Craigevar Castle. Ben Macdui. Ben Macdui ( Scottish Gaelic : Beinn Mac Duibh ) is the second highest mountain in the United Kingdom after Ben Nevis , and the highest in the Cairngorms . After the defeat of Domnall mac Uilliam in 1187, Donnchad II, Earl of Fife , acquired Strathavon, territory stretching from Ballindalloch to Ben Macdui; because the mountain marked the western boundary of Donnchad's territory, historian and place-name scholar Professor G.