GitHub - PHP-DI/Slim-Bridge: PHP-DI integration in Slim 3. Controllers and Dependency Injection with Slim 3. How to inject specific JSON data into an HTML element? Php - Decoding JSON in Twig. Staying DRY with Slim Framework PHP - PTApp - Blog - Staying DRY with Slim Framework PHP. First I want to say, even if I’m a UX-guy, I have done my share part of programming both backend and front-end. 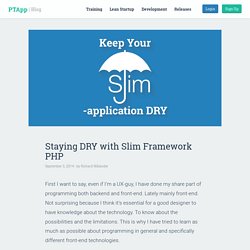 Lately mainly front-end. Not surprising because I think it’s essential for a good designer to have knowledge about the technology. To know about the possibilities and the limitations. This is why I have tried to learn as much as possible about programming in general and specifically different front-end technologies. In this category I will try to share things about programming and cool technologies that I stumble upon during this project. Slimphp-api/slim-mvc - phppackages.org. JREAM. A storage facility containing remnants of code written for your convenience. 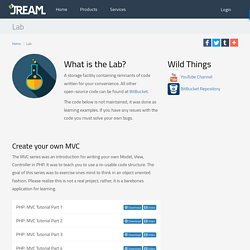 All other open-source code can be found at BitBucket. The code below is not maintained, it was done as learning examples. If you have any issues with the code you must solve your own bugs. Create your own MVC The MVC series was an introduction for writing your own Model, View, Controller in PHP. Build a PHP MVC Application. Slim-di/index.php at master · akrabat/slim-di. PHP Framework - Nova Framework - a simple MVC framework. Slim Framework,,tech - tatenosystem.com. オフィシャルサイト PHP micro framework "Slim" インストール Composer インストール. 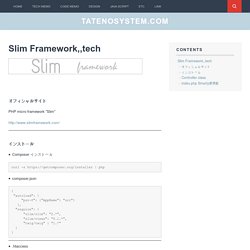 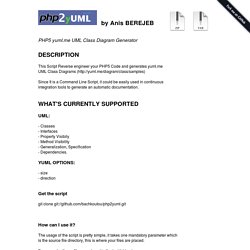 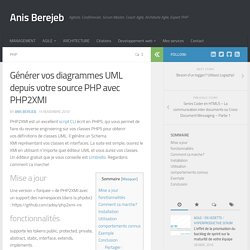 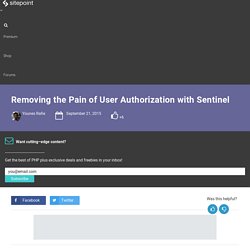 If you ever used WordPress, you must have noticed that they have a super admin, admin, editor, author, etc. Simplifying the development and integration of a permission system is what Cartalyst’s Sentinel package is trying to accomplish. The package provides an API for dealing with users, groups, permissions, etc. In this article, we’ll use it to create a small demo app. Environment Setup. GitHub - jeremykendall/slim-auth: Authorization and authentication for the Slim Framework using ZF2 Authentication and Acl components. 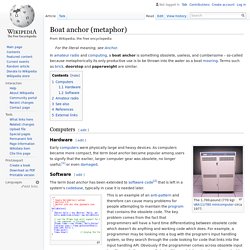 The term boat anchor has been extended to software code[2] that is left in a system's codebase, typically in case it is needed later. This is an example of an anti-pattern and therefore can cause many problems for people attempting to maintain the program that contains the obsolete code. The key problem comes from the fact that programmers will have a hard time differentiating between obsolete code which doesn't do anything and working code which does. For example, a programmer may be looking into a bug with the program's input handling system, so they search through the code looking for code that links into the input handling API.

Obviously if the programmer comes across obsolete input handling code they may well start editing and debugging it, wasting valuable time before they realise that the code that they're working with is never executed and therefore not part of the problem they're trying to solve. Working with Slim Middleware. Slim is a microframework that offers routing capabilities for easily creating small PHP applications. 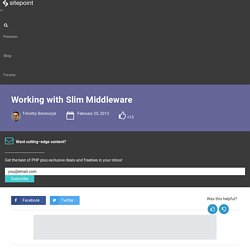 But an interesting, and powerful, feature is its concept of Middleware. Slim implements the Rack protocol, a pipelining architecture common to many Ruby frameworks. Thus, middleware can be written that wraps the application, and has access to and can affect the app’s environment and request and response objects in a chained manner. Basic HTTP Authentication with the Slim PHP Framework REST API. When it comes to securing your REST API — authenticating and authorizing users — the situation is a bit interesting because the principle of an API being truly RESTful is that things remain stateless on the server side with each request.

What that means is that the server isn’t really supposed to keep track of state in the form of sessions or anything else. To be truly RESTful all of the information that the web application needs to properly handle each request should be contained in the request itself. If you wanted to, you could just cheat and handle everything using sessions. But according to the Internet, if you do this many kittens will die. So in the interest of at least trying to do things properly and saving the lives of millions of kittens, in the following bit we’re going to look at another one of the more common implementations for REST API authentication and authorization: Basic HTTP Authentication.

The Basics of Basic HTTP Authentication. Twig for Template Designers. This document describes the syntax and semantics of the template engine and will be most useful as reference to those creating Twig templates. 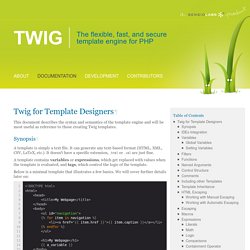 Synopsis A template is simply a text file. It can generate any text-based format (HTML, XML, CSV, LaTeX, etc.). It doesn't have a specific extension, .html or .xml are just fine. A template contains variables or expressions, which get replaced with values when the template is evaluated, and tags, which control the logic of the template. Below is a minimal template that illustrates a few basics. For. Loop over each item in a sequence. For example, to display a list of users provided in a variable called users: Note A sequence can be either an array or an object implementing the Traversable interface. If you do need to iterate over a sequence of numbers, you can use the .. operator: The above snippet of code would print all numbers from 0 to 10. Slim-di/index.php at master · akrabat/slim-di.

Using PHP Slim Framework inside of Classes. An Introduction to the Front Controller Pattern, Part 1. It’s interesting to see how people have passed judgement on several software programming concepts in an anthropomorphic fashion. Fat models are all sweet and good, bloated controllers are evil, and singletons are fraught with untameable pitfalls. But the critics don’t stop there; some are now grumbling about newer concepts that have recently made inroads in day-to-day PHP development, saying Front Controllers are a redundant “reinvention of the wheel” which should be discarded ipso facto. Period. Pitching blame against singletons from time to time, and even being a bit cranky about fat controllers is, to some extent, a fairly predictable and healthy reaction. But what’s wrong with having a nifty front controller up and running? There’s a pretty substantial argument against front controllers.

Despite the apparent duplication of roles, the implementation of a front controller emerges as a response to the growing complexities of modern web application development. <? Slim Framework: Introducing a New PHP Concept. Using PHP Slim Framework inside of Classes. Php - Slim Framework: routes and controllers. Php - Slim route mapping functions to classes. Php - How do you organize large Rest APIs with SLIM Microframework? Slim routes inside Controllers as classes / Problems / Discussion Area - Slim Framework for PHP 5 Support. GitHub - fidelisrafael/slim-mvc: Lightweight (M)VC structure for Slim applications. Slim-Extras/Middleware at master · codeguy/Slim-Extras. Eloquent: Relationships - Laravel - The PHP Framework For Web Artisans. Introduction Database tables are often related to one another. For example, a blog post may have many comments, or an order could be related to the user who placed it. Eloquent makes managing and working with these relationships easy, and supports several different types of relationships: Defining Relationships Eloquent relationships are defined as functions on your Eloquent model classes.

$user->posts()->where('active', 1)->get(); But, before diving too deep into using relationships, let's learn how to define each type: One To One. Overview - Application Structure - The Definitive Guide to Yii 2.0. Yii applications are organized according to the model-view-controller (MVC) architectural pattern. Models represent data, business logic and rules; views are output representation of models; and controllers take input and convert it to commands for models and views. Besides MVC, Yii applications also have the following entities: