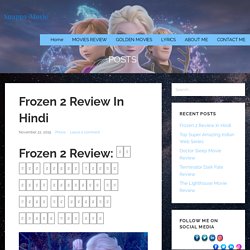 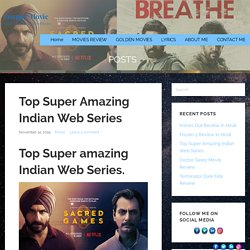 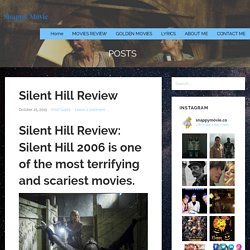 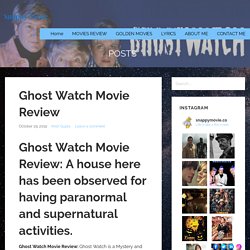 It firstly came on BBC1 on the Halloween of 1992. It has been directed by Lesley Manning, composed by Stephen Volk, and the drama was presented by Richard Broke, Ruth Baumgarten and Derek Nelson. This movie may be disturbing for a few of the viewers. Super Suspense & Thrilling Movie. Description Red Eye Movie Review: Red Eye is an American mystery and psychological thriller film, directed by Wes Craven and composed by Carl Ellsworth. 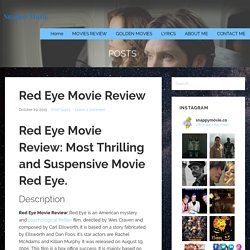 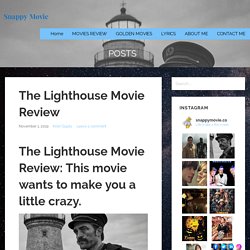 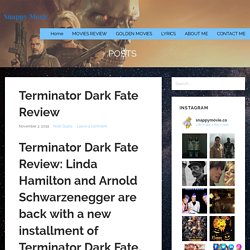 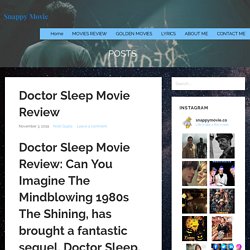 Doctor Sleep is made by Mike Flanagan including, directing, writing and editing! This is based on ‘Doctor Sleep‘ a book by Stephen King. Also, It is the sequel to the ‘The Shining’ movie based on ‘The Shining’ by Stephen King. Its main characters are Ewan McGregor as Dan Torrance, Rebecca Ferguson, Cliff Curtis, and Kyleigh Curran. It will release in the United States on November 8, 2019, and on October 31, 2019, in several European countries. Top 10 Movies of the 1960s. Top 10 Best Movies of the 60s 1 Psycho 1960 Director: Alfred Hitchcock Producer: Alfred Hitchcock. 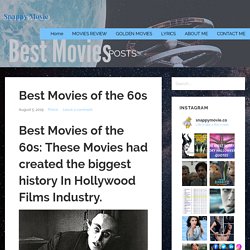 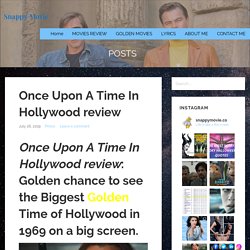 Directed and storyline written by Quentin Tarantino (who also directed Reservoir Dogs, Pulp Fiction, Kill Bill: Volume 1 & 2) and Once Upon A Time In Hollywood is his ninth movie. Quentin Tarantino is alway up from modern Hollywood because of his creativity and storylines are so strong and easily audience mind grabbing. Lots of talented actors are working together in this movie like Leonardo DiCaprio, Brad Pitt, Margot Robbie and Many more.

The story of this movie is set in 1969 at Hollywood in Los Angeles. Silent Hill Review. Best horror movies 2019. Top 5 best horror movies in 2019. 1. It chapter 2 (2019) Video Sourced by Directed by: Andy Muschietti Produced by: Barbara Muschietti, Dan Lin, Roy Lee Starring: James McAvoy, Jessica Chastain, Bill Hader, Isaiah Mustafa Country: United States Language: English Release date: September 6, 2019 It chapter 2 is the latest horror and thriller film. Godzilla King of the Monster review. Godzilla: King of the Monster is Fantasy/Sci-fi movie. It is released on 31/5/2019, is directed by Michael Dougherty. It is the 3rd chapter of the Godzilla movie franchise, is a sequel of Godzilla 2014 was not so great. The audience didn’t overwhelm to watch it. Because of the audience had complained that they didn’t get to see him in some scenes, didn’t get to see his huge fighting scenes with MUTO in the movie that’s why it didn’t run on cinema for a long time.

Horror & Thriller Movie. Ma movie review; Ma is a Thriller/Psychological Horror movie. It is released on 30 May 2019. Tate Taylor directed this movie. Tate Taylor has directed many great and amazing movies such as The Help, The Girl on the Train, Get on Up, and Winter’s Bone. He was nominated for the Academy Award for Best Picture, is a very successful filmmaker. But why he didn’t so much strive hard with Ma movie. The story of the film begins Sue Ann “Ma”(played by Octavia Spencer) lives in a small town, is a friendly and nice woman. When they arrive at her home. Ma is the main villain of the film.

It was a very hit, had fulfilled with lots of beautiful colors and amazing animated design. The Secret Life of Pets 2019 is the second installment of the Pet 2016 movie. Best Animated Movies of All Time. Top 10 Best animated movies of all time; The animation movies are a combination of multiple images, designing, drawing, and illustration. It is always one of our favorite films. All ages people can watch animation movies with their family at any time anywhere. Today I’ll show you my Best Animated Movies of all time and find out What thing makes special these movies.

MIB movie 1997 was based on science fiction/comedy, was a very successful movie. I am a big fan of Will Smith and Tommy Lee Jones. Even though The storyline isn’t fascinating. Toy Story 4 movie review. Top 10 Best Pokemon movies of all time. Best Pokemon movies; Pokemon is an animated series of a cartoon made in Japan. Pokemon origin series is the first series. Child's Play 2019 review.

The new Child’s Play 2019 is an 8 installment of this franchise. Game of Thrones season 8 preview. Game of Thrones season 8 preview: In this show, we have always got to see mind-blowing CGI (computer-generated-imagery) effect and an amazing serial drama in all seasons. This show is produced by HBO company, is based on the war drama. The 9-great family battle for control over the mythical land and they also have to face the old ancient enemy White Walker, who has returned after 1000 years.

DC latest movie review. We all have a superhero inside of us, but we just need the confidence to bring it out, and we all like to watch a superhero movie. Superheroes give us hope and ignite our confidence. Pet Sematary 2019 review. We all love to watch a horrible scary movie as well as read the books. Latest comedy movie review. Laughter is the best medicine for all of us because when we laugh, we get cured. Most of our stress, anger, and pain gets relieved.