Joni Mitchell Rare Interview on Fame and Illusions. Joni Mitchell: People were very protective of me. 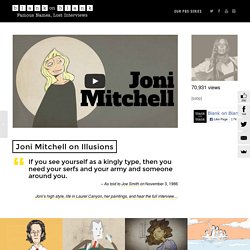 Overly so. I was in the industry for a long time before I had any idea of what drugs people were doing. Dolly Parton on Getting Dirty, Her Siblings, and Growing Up. Physicist Richard Feynman on What It All Means. Richard Feynman: My father, you see, interested me in patterns at the very beginning, and then later in things, like we would turn over stones and watch the ants carry the little white babies down deeper into the holes. 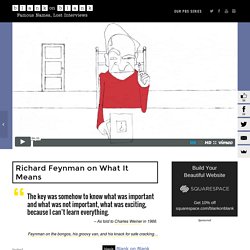 We would look at worms. We’d go for walks and we’d look at things all the time: the stars, the way birds fly. He was always telling me interesting things. [Music] Richard Feynman: I mean this story’s a rumor, as far as I’m concerned, but the story is that before I was born he told my mother that “If it’s a boy, he’ll be a scientist.” Richard Feynman: My father used to sit me on his lap, and the one book we did use all the time was the Encyclopedia Britannica. Jane Goodall on Bigfoot, Chimpanzees and Her Education. [Music] Ira Flatow: Now I know you do wonderful chimp calls. 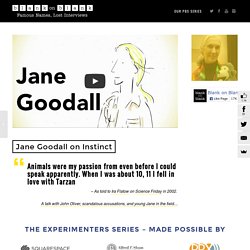 Jane Goodall: Well I’m going to do the greeting. It’s the kind of sound you’d hear if you went to Gombe and you climbed up onto the ridge in the morning and if you’re lucky you hear the chimpanzee who’s calling out saying, “Here I am. It’s a wonderful day. Where are you?”. Ira Flatow: Wow. Jane Goodall: Each one has his or her own individual voice so you know exactly who’s calling. Caller: I wanted to know if you believed that there were any undiscovered, large ape species Jane Goodall: You’re talking about a yeti or bigfoot or Sasquatch. 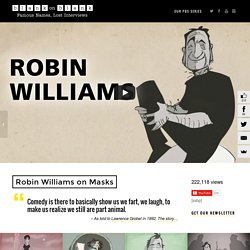 Robin Williams: Oh, my god. Larry Grobel: Now what will the world be like, then? Robin Williams: It’ll be one giant film corporation. There’ll be no longer any government. It will be one nation, under God, indivisible, with circuits and VCRs for everyone. [Music] Robin Williams: Things that I see in the future. Larry Grobel: Do you think that there’s a role of the artist in society? Rare Bette Davis Interview on Movies, Women, & Motherhood.

Bette Davis: There’s always that old excuse here, this is not the time to do a picture like that. 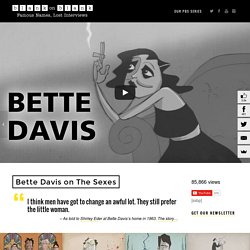 The public doesn’t want it now. Well, I don’t think the public knows what they want until they see it. I really, really think it’s exactly like saying to your child, “What would you like for dinner?” You don’t know until they see it. The public can’t say what they want to see. [Music] Meryl Streep Interview on Movies, Beauty & Her Daughters. Meryl Streep: You’re not supposed to speak ill of the dead, but Earl Blackwell finally died, and I was on his blacklist every year for being the worst dressed person. 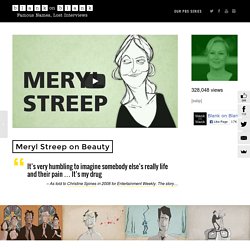 Christine Spines: Oh, was he some sort of society columnist or something? Meryl Streep: Blackwell’s list every year is the worst dressed people in America. I was a regular on that list. Janis Joplin Quotes: Animated Gifs from Janis Joplin Interviews - Blank on Blank. Howard Smith: We were supposed to do an interview, do you remember, you know, a long time ago. 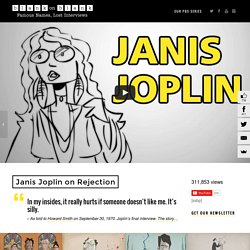 And some article putting you down in Rolling Stone had just come out. Janis Joplin: Yeah Howard Smith: And you got very upset about that. Are you still that upset when you are put down in any articles? Farrah Fawcett on Stiletto Power and Fighting Attackers. Farrah Fawcett: So I turned around. 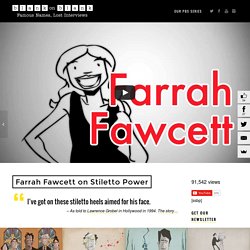 I said, “Listen, I’m having a problem with a man right now, okay? I don’t like men very much so shut the [bleep] up. Get away from me ‘cause I am in a pissed off mood.” And he just goes, “Okay, okay.” [Music: YACHT “The Afterlife”] Larry Grobel: She actually came in a black Jaguar driving to a restaurant I was meeting her at in the Hollywood Hills.

[Music: “The Afterlife” continues] Sally Ride on Dumb Questions - Blank on Blank. If you don’t have 20-20 vision, can you become an astronaut candidate? 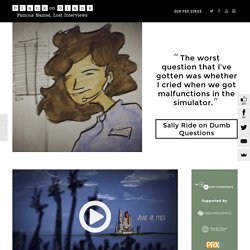 I always thought that was a big disabling factor. It used to be. Nina Simone on Shock - Blank on Blank. I have a feeling that evening gowns are your weakness. 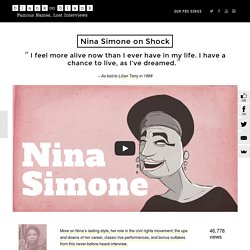