11 awesome things to do in Gothenburg! When you think about Sweden, is Stockholm the only thing that comes to your mind? 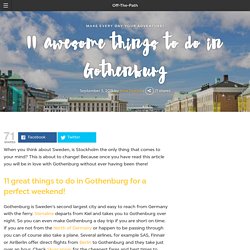 This is about to change! Because once you have read this article you will be in love with Gothenburg without ever having been there! Ten Stockholm streets you have to walk down. Stockholm is a small city with a big history and is easily explored on foot. 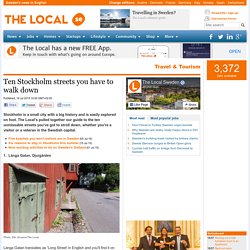 The Local's pulled together our guide to the ten unmissable streets you've got to stroll down, whether you're a visitor or a veteran in the Swedish capital. 1. Långa Gatan, Djurgården Photo: Elin Jönsson/The Local. Stockholm Map - Tourist Map of Stockholm - Suggestme. Your Travel Guide to Stockholm - Sightseeings and Touristic Places. Stockholm is a city of a rare beauty. 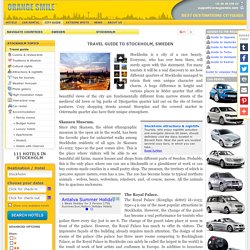 Everyone, who has ever been there, will surely agree with this statement. For many tourists it will be a real discovery to see how different quarters of Stockholm managed to retain their own unique character and charm. A huge difference in height and various places in Söder quarter that offer beautiful views of the city are fundamentally different from narrow streets of the medieval old town or big parks of Djurgarden quarter laid out on the site of former pastures. Outdoor bars in prime locations. Storköket Summer? 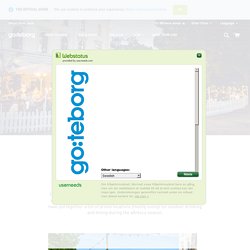 Sun? What's on: July. The world's largest youth football tournament When around 1650 youth teams from 80 countries gather in Gothenburg to play football at Gothia Cup, the city is buzzing with excitement. 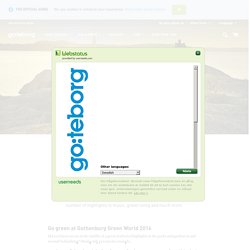 No wonder, since this is actaully the largest and most international tournaments of its kind. Another highlight, is the handball tournament Partille Cup, taking place in early July.Gothenburg, Partille Cup, July 4–9 // Gothia Cup, July 17–23. Singalong and concerts at Liseberg Summer offers plenty of highlights at the amusement park, for example Lottas allsång. 36 Hours in Gothenburg, Sweden. 1:30 p.m.7. 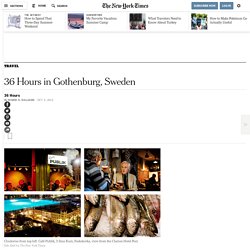 SILK AND DENIM Mere steps from the lunch spots, shop for made-in-Sweden style along Magasinsgatan, a largely pedestrian street lined with cool boutiques. Start at the eclectic home-furnishings store Artilleriet (Magasinsgatan 19; 46-31-711-7621; artilleriet.se), where you can find anything from a bird cage lampshade fitted with faux canaries (4,625 kronor) to a felt envelope bag (499 kronor) from the local accessories brand P.A.P. 10 Top-Rated Tourist Attractions in Gothenburg. In recent years, Gothenburg and the West Coast have become a top spot for foodies. 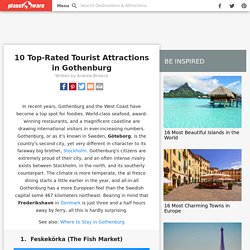 Overview By Steve Vickers, founder of Sweden travel guide routesnorth.comBest known for churning out heavy metal – in the form of ships, Volvos and bands such as In Flames – Gothenburg has spent the past couple of decades reinventing itself. 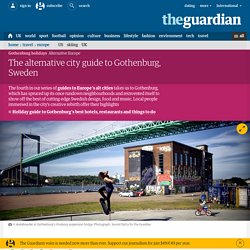 Industry is still important, but now the west coast’s biggest city looks at ease on the pages of glossy travel magazines and is giving Stockholm a run for its money in the city-break stakes. The container ships still chug into Gothenburg’s blustery port (the biggest in Scandinavia) but are now joined by cruise liners full of tourists – 73 of them docked in 2014, compared with just nine in 2000. This autumn, British Airways, Norwegian and Ryanair are all adding extra flights from London to Gothenburg.

And in Hisingen, just across the Göta river from the city centre, a new waterfront leisure area, the Jubileumsparken, is being built to celebrate the city’s 400th anniversary, in 2021. 2 Perfect Days - Visit Sweden. Get out of bed and pull back the curtains. 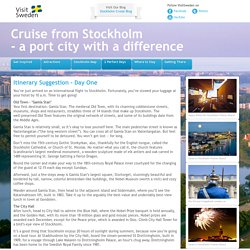 What a view! Better get going. It looks like it’s nearly noon outside. But wait. Visit Stockholm, Sweden: The Best in 3 Days [Travel Itinerary] Gothenburg Itinerary 2 Days : Triphobo. Hagatratoffel. Swedish fashion: how to dress like a Swede – Routes North. Step off the plane in Sweden and it’ll hit you like a sack of potatoes: Swedes have style. 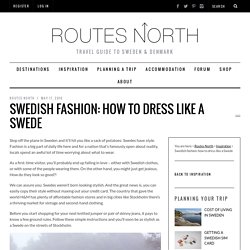 Fashion is a big part of daily life here and for a nation that’s famously open about nudity, locals spend an awful lot of time worrying about what to wear. As a first-time visitor, you’ll probably end up falling in love – either with Swedish clothes, or with some of the people wearing them. On the other hand, you might just get jealous. How do they look so good?! Women's News. Things to do in Gothenburg, Sweden – Routes North. Gothenburg Activities - 12 Suggested Activities.

Visit Stockholm - Stockholm Trip Planning. Kulturhuset Stadsteatern. Arkiverat evenemang: Premiär 21 juli 2016 Parkteatern One of Shakepeare’s best loved comedies set in a 1960´s hippie commune present all the fun and amorousness of the original within a world of free love, peace, psychedelic visions, and altered states of consciousness. 20 great things to do in Stockholm - Time Out Stockholm. By Time Out editors. Compiled by Anna Leach. 1.

Things To Do In Stockholm Including Stockholm Attractions, Restaurants, Hotels, Clubs, Music & Theatre. Hit the decks for a major party Patricia Bars & pubs Once a lightship visited by Winston Churchill, Patricia is now a restaurant, bar and nightclub, with four dancefloors and as many as seven bars. Rough at the edges rock club Debaser. Visit Stockholm - The official guide. Gamla stan - Visit Stockholm - The official guide. Gamla Stan, the Old Town, is one of the largest and best preserved medieval city centers in Europe, and one of the foremost attractions in Stockholm. This is where Stockholm was founded in 1252. All of Gamla Stan and the adjacent island of Riddarholmen are like a living pedestrian-friendly museum full of sights, attractions, restaurants, cafés, bars and places to shop.

Gamla Stan is also popular with aficionados of handicrafts, curios and souvenirs. The narrow winding cobblestone streets, with their buildings in so many different shades of gold, give Gamla Stan its unique character. The Saturday City: Stockholm. 10 Ways to Visit Stockholm on a Budget. Cruising Stockholm. Köpa biljett - SL. Cruising Stockholm. Bus Sightseeing - Gothenburg. Six things you must do in... Gothenburg, Sweden. By Gareth Huw Davies for The Mail on Sunday Updated: 20:06 GMT, 2 May 2010 This clean, green city on Sweden’s western shores is a comfortable introduction to Scandinavia. Gareth Huw Davies took a short break and travelled the city by tram and canal boat, tackled giant cinnamon buns, caught up with one of the world’s most exciting orchestra conductors, viewed an exhibition featuring a £100 million da Vinci painting . . . and discovered why the Swedes are so stylish... Push the boat out: Take a trip on Gothenburg's canal system If you want to test how comfortable a green future might be, walk down Avenyn, the wide central boulevard in Gothenburg, where the city’s swish blue and white trams and the world’s largest fleet of buses fuelled by bio-gas have muscled out the car.