North America's most unlikely culinary capital - which you can visit in a weekend. Main. About the Book. France march 2016 by dossantos. First We Eat. Flirty Fleurs The Florist Blog - Inspiration for Floral Designers. After getting accepted in to Bouquets to Art for the first time last year, I knew I wanted to do something big! 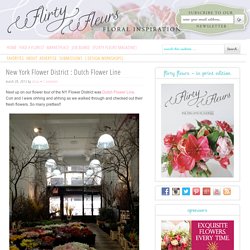 I was given only a few art pieces to chose from and I decided upon, “Now Who’s Got the Blueprints” by William Wiley. I chose the piece because it had great lines and there was one big red swooping form that really jumped out at me. Once I came up with a concept, which was very easy, it {Read More} Today we are sharing a guest post written by our friend, Alison Ellis, of Floral Artistry in Vermont. Thank you, Alison! Chuck Graham is the lead wedding and special event designer at The Brown Palace Hotel and Spa. Wander guide : a weekend in paris. I’ve only ever stopped in Paris for brief stints, usually on long layovers, but I’m headed there this coming May to explore for a couple of weeks and to host a little two-day weekend retreat with my friend, chef & Paris expert, Olaiya Land. 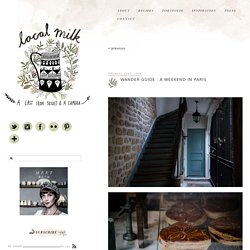 Olaiya and I will be staying in the Marais at the gorgeous Charlot apartment (pictured in this post) from Apartments Actually along with our husbands. We’ll be teaching photography & styling courses from there and hosting a Parisian market lunch that we’ll be making from scratch. (This retreat is unfortunately already sold out!)

That’s my favorite way to travel: to find a home, nest, and then simply live—cooking, getting breakfast at the same café each morning, going to the market. I stayed there in January, and my husband and I had the Charlot apartment all to ourselves. Stay Coffee Eat Shop Pastries, Bread, Chocolate Du Pain et Des Idees (my all time favorite in Paris thus far)Poilane (amazing bread)Jacques Genin (caramels & pate de fruit!) Arrowhead Ice Skating Trail In Muskoka Allows Canadians To Skate Through The Forest. You're not Canadian until you've skated through a forest in the dead of winter. 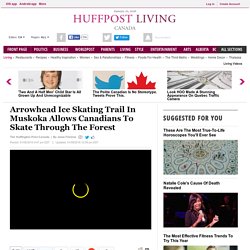 Luckily, Ontario has a place where you can do that. Arrowhead Provincial Park's Ice Skating Trail is a weather-dependent attraction that allows people to skate for 1.3 kilometres in a beautiful Muskoka forest setting. And it's approaching its 2016 opening, if recent social media posts are any indication. The skating trail opened in 2012, and Tourism Muskoka now says it's become "one of the province's most sought after winter 'bucket list' experiences. " Thousands of people skated on it last year, The Toronto Star reported.

It usually operates from January to March, depending on how cold it is. The trail is reminiscent of the "Edmonton Freezeway," a pilot project skating track that opened in Alberta's capital city at the end of December. Where to go on a dogsledding adventure. Secret no. 2 to making the most of the city this chilly season By Simon Bredin | 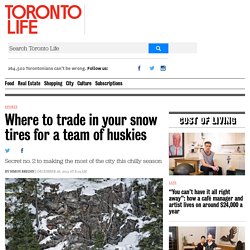 Running tours. A film festival you can taste. Six Pop-Tart impostors. Since Pop-Tarts debuted in 1964, they’ve been a latchkey-kid staple. 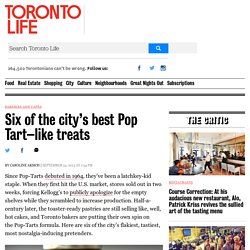 When they first hit the U.S. market, stores sold out in two weeks, forcing Kellogg’s to publicly apologize for the empty shelves while they scrambled to increase production. Half-a-century later, the toaster-ready pastries are still selling like, well, hot cakes, and Toronto bakers are putting their own spin on the Pop-Tarts formula. Here are six of the city’s flakiest, tastiest, most nostalgia-inducing pretenders. Bake Shoppe Sisters Cindy and Sarah Coelho fill their tarts with seasonal jams from Parkdale’s Kitten and the Bear. Get Baked: A Guide to the Best Bakeries in Roncesvalles - Renée ReardinRenée Reardin. (A couple of weeks ago, I had the dream project of visiting the top bakeries in Roncesvalles and writing about them for Wabash, a lifestyle magazine for the western area of Toronto. 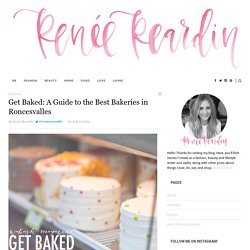 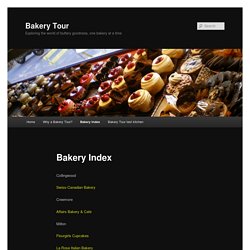 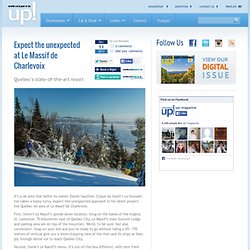 Weird, to be sure, but also convenient. Travel information for trip planning and vacations. The best way to stay in Paris: Cobblestone... - Notventures. The 24-Hour Vacation - Design*Sponge.