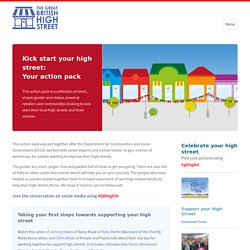 The guides are short, jargon-free and packed full of ideas to get you going. There are also lots of links to other useful documents which will help you on your journey. The people who have helped us put this toolkit together have first-hand experience of working collaboratively to help their high streets thrive. We hope it inspires you to follow suit. Join the conversation on social media using #GBHighSt Taking your first steps towards supporting your high street Watch this video of Johnny Hayes of Bishy Road in York, Martin Blackwell of the Charity Retail Association, and Chris Wade of People and Places talk about their top tips for working together to support high streets.

For local authorities: How to put on your own workshop What does that stand for again? Marketplace: NEWaukee event seeks long-term solution to empty storefront epidemic. Empty storefronts have long been a concern throughout the city. 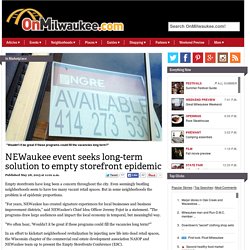 Even seemingly bustling neighborhoods seem to have too many vacant retail spaces. But in some neighborhoods the problem is of epidemic proportions. "For years, NEWaukee has created signature experiences for local businesses and business improvement districts," said NEWaukee's Chief Idea Officer Jeremy Fojut in a statement. "The programs draw large audiences and impact the local economy in temporal, but meaningful way.

"We often hear, 'Wouldn't it be great if these programs could fill the vacancies long term? '" In an effort to kickstart neighborhood revitalization by injecting new life into dead retail spaces, the Wisconsin chapter of the commercial real estate development association NAIOP and NEWaukee team up to present the Empty Storefronts Conference (ESC). Full-day tickets are $110 and half-day tickets are $60. The neighborhoods included are Avenues West, Burleigh Street Corridor, Cesar E. The Storefront Theatre. Founded in December 2012, The Storefront Theatre was a collaborative effort from the start. 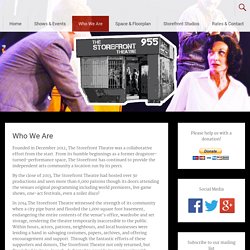 From its humble beginnings as a former drugstore-turned-performance space, The Storefront has continued to provide the independent arts community a location run by its peers. By the close of 2013, The Storefront Theatre had hosted over 30 productions and seen more than 6,000 patrons though its doors attending the venues original programming including world premieres, live game shows, one-act festivals, even a roller disco! 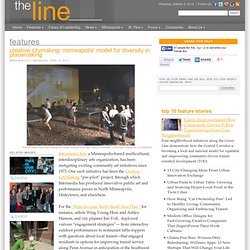 One such initiative has been the Creative CityMaking “pre-pilot” project, through which Intermedia has produced innovative public art and performance pieces in North Minneapolis, Dinkytown, and elsewhere. For the “Penn Avenue North Small Area Plan,” for instance, artists Wing Young Huie and Ashley Hanson, and city planner Jim Voll, deployed various “engagement strategies”— from interactive outdoor performances to restaurant table-toppers with questions about local transit—that engaged residents in options for improving transit service along Penn Avenue in anticipation of the Southwest and Bottineau LRT extensions. 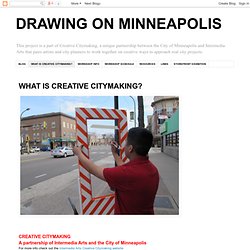 Creative CityMaking is a partnership between Intermedia Arts and the City of Minneapolis that fosters collaborations between local artists and City planners to develop fresh and innovative approaches for addressing the long-term transportation, land use, economic, environmental, and social issues facing Minneapolis. In 2013, Creative CityMaking will embed four artists/artist teams in the Long Range Planning Division of the City’s Community Planning and Economic Development Department (CPED). Four teams of artists have been selected and paired up with five planning projects, which they will work on through 2013.