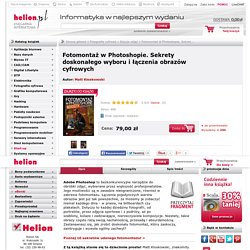 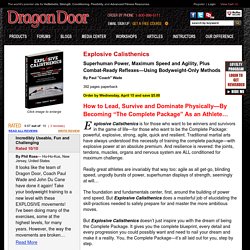 But he doesn’t just challenge and inspire you. He gives you the direct means, the secrets, the science, the wisdom, the blueprints, the proven methods and the progressions—that make success inevitable, when you supply your end in consistent, diligent, skillful application. Now a legendary international bestseller, Convict Conditioning can lay claim to be the Great Instigator when it comes to the resurgence of interest in bodyweight exercise mastery.

And—while Convict Conditioning 2 cemented Wade’s position as the preeminent authority on bodyweight exercise—there is no doubt that his magisterial new accomplishment, Explosive Calisthenics is going to blow the doors off, all over again. What makes Explosive Calisthenics so exciting—and so profound in its implications? ZBrush Tutorials > Dinosaur Reconstruction in ZBrush > Applying some surface detail Tutorial > Digital-Tutors. Stretching: How to Stretch the Rotator Cuff - Baby Boomer Fitness Challenge. To stretch the Posterior Rotator Cuff muscles start by finding a chair, table or machine so that you can bend at roughly a 90 degree angle with you upper chest resting on top of it. 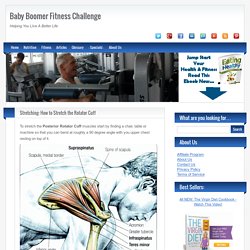 Next, with chest resting on the equipment, grasp the dumbbell, if at home you may improvise with a heavy book or a brick from the backyard, with your arm hanging down try your best to relax your shoulder and hold this position for a count of 30. Then do the same for the other arm. The muscles this Rotator Cuff exercise stretches are primarily the infraspinatus and teres minor, secondarily the supraspinatus. When doing any sort of heavy lifting, particularly weightlifting, excessive friction is caused on the long head of the biceps, this exercise will help strengthen the muscles necessary. NEW BODYWEIGHT BUNDLE 2.0. Discover How to Rapidly Lose Fat, Build Lean Muscle, And Get In Amazing Shape with 37 at Home Bodyweight Workout Resources Don’t miss this incredible opportunity to work with 37 of the world’s top bodyweight experts. 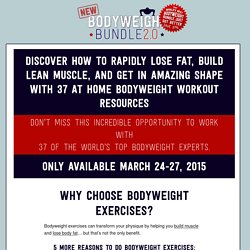 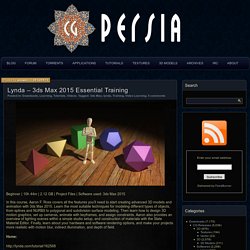 Ross covers all the features you’ll need to start creating advanced 3D models and animation with 3ds Max 2015. Learn the most suitable techniques for modeling different types of objects, from splines and NURBS to polygonal and subdivision surface modeling. Then learn how to design 3D motion graphics, set up cameras, animate with keyframes, and assign constraints. Aaron also provides an overview of lighting scenes within a simple studio setup, and construction of materials with the Slate Material Editor. 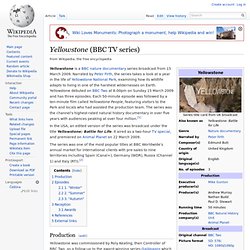 Narrated by Peter Firth, the series takes a look at a year in the life of Yellowstone National Park, examining how its wildlife adapts to living in one of the harshest wildernesses on Earth. Yellowstone debuted on BBC Two at 8:00pm on Sunday 15 March 2009 and has three episodes. The Blue Planet. The Blue Planet is a British nature documentary series created and produced by the BBC, It premiered on 12 September 2001 in the United Kingdom. 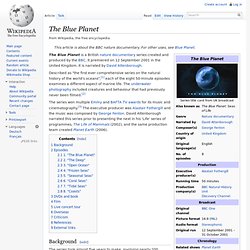 It is narrated by David Attenborough. Described as "the first ever comprehensive series on the natural history of the world's oceans",[1] each of the eight 50-minute episodes examines a different aspect of marine life. The underwater photography included creatures and behaviour that had previously never been filmed.[2] Background[edit] The series took almost five years to make, involving nearly 200 filming locations. Blue whales — whose migration routes were previously unknown — were located by air, after some of the animals had been given temporary radio tags. 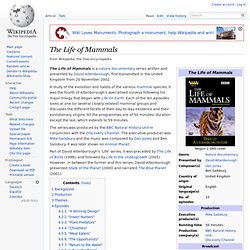 Part of David Attenborough's 'Life' series, it was preceded by The Life of Birds (1998), and followed by Life in the Undergrowth (2005). However, in between the former and this series, David Attenborough presented State of the Planet (2000) and narrated The Blue Planet (2001). Background[edit] Mutation Volume 1 Mutation George T Singley Book. Founded in 2005, World of Books has grown to become one of the largest second-hand booksellers in Europe. 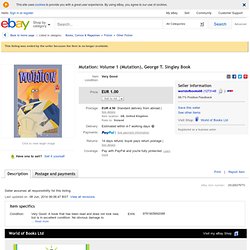 Last year we were 22nd on the Virgin Fast Track 100 list of fastest growing businesses in the UK and we currently sell a book every 5 seconds. Today we stock over 1.6 million pre-loved books and 900,000 unique titles, all of which are available at the very best prices with cheap delivery throughout Ireland. Planet Earth (TV series) Life (BBC TV series) Life is a British nature documentary series created and produced by the BBC in association with The Open University, it was first broadcast as part of the BBC's Darwin Season[1] on BBC One and BBC HD from October to December 2009.[2] The series takes a global view of the specialised strategies and extreme behaviour that living things have developed in order to survive; what Charles Darwin termed "the struggle for existence". 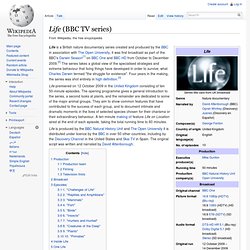 Four years in the making, the series was shot entirely in high definition.[3] Life premiered on 12 October 2009 in the United Kingdom consisting of ten 50-minute episodes. The opening programme gives a general introduction to the series, a second looks at plants, and the remainder are dedicated to some of the major animal groups. The Life of Birds. The Life of Birds is a BBC nature documentary series written and presented by David Attenborough, first transmitted in the United Kingdom from 21 October 1998. The series was produced in conjunction with BBC Worldwide Americas Inc. and PBS. The executive producer was Mike Salisbury and the music was composed by Ian Butcher and Steven Faux. It won a Peabody Award in 1999 for combining "spectacular imagery and impeccable science. "[1] Human Planet: Various: Movies & TV. Gasaraki Trailer. The Fantasy Figure Artist's Reference File with CD-ROM: Hundreds of Real-life Photographs Depicting Extreme Anatomy and Dynamic Action Poses: Peter Evans, Glenn Fabry: 9780764179617: Books - Amazon.ca.

Astonishing Fantasy Worlds: The Ultimate Guide to Drawing Adventure Fantasy Art: Christopher Hart: 9780823014729: Amazon.com: Books. Drawing the New Adventure Cartoons: Cool Spies, Evil Guys and Action Heroes: Christopher Hart: Amazon.com: Books. Artist's Color Manual: The Complete Guide to Working with Color. Ultimate Art Bible: A Complete Reference with Step-by-Step Techniques. The Ultimate Art Bible is a introductory guide for beginners looking to create their own art. It assumes the reader has no prior knowledge to any materials or skills and hence adopts a simple step-by-step method of teaching throughout. The first chapter introduces the different tools and materials. It talks about the concepts needed when working with whatever medium you choose.

Within its pages, the Jedi-intraining will discover the history and lore of the Jedi Order, the ways of the Force and how to wield it, the subtle nuances of lightsaber combat, and the dangers of the Dark Side. The only remaining copy in existence, this hallowed tome features handwritten annotated notes by Yoda, Luke Skywalker, Count Dooku, and Darth Sidious, among many others. Created in collaboration with Lucasfilm along with an acclaimed Star Wars author and revered Star Wars illustrators this volume also introduces never-before-seen ships, creatures, characters, and details about the Star Wars galaxy. Download Link: Lynda – Deke’s Techniques – TutDownload – Download Tutorial – Video Learning – Lynda – Total Training – Video2Brain – Tutsplus – Kelby – LiveLesson – Wiley.