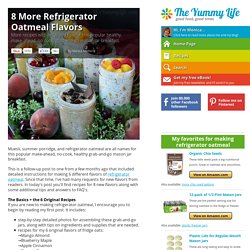 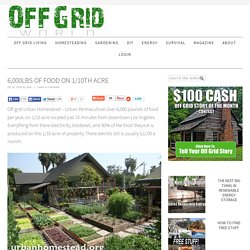 Everything from there electricity, biodiesel, and 90% of the food they eat is produced on this 1/10 acre of property. There electric bill is usually $12.00 a month. To follow Urban Homesteading, you can find them at Comments. Beyond Paleo: Is Eating Like a Viking the Next It Diet? Europe is heeding the call of the Norse: A diet rich in berries, fish, nuts, and game is charting a course to boosting health and losing pounds. 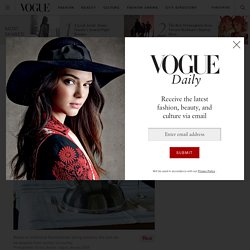 Kate Christensen reports on the New Nordic phenomenon. My father’s grandparents came from Norway and settled in the Scandinavian bastion of Minnesota. As a little girl in Tempe, Arizona, I daydreamed about picking cloudberries by a fjord in a fresh Nordic wind. But the closest I ever came as an adult to realizing that idyll was in the Ikea cafeteria, when my then-husband and I were furnishing our house and we always made time to eat Swedish meatballs with lingonberries, savory little nuggets with Dr.

Seuss–like fruit—a Nordic mini-vacation. Flash-forward ten years: I left the marriage and New York, fell in love with a native New Englander, moved with him to Maine, got older. I lost it all last year on the 5:2 diet, a British system that really works, as long as you stick to fasting two days a week. Only one problem: I wasn’t losing weight. Nanaimo Bars​ I first saw these amazing bars when visiting Victoria for my sister’s birthday weekend. 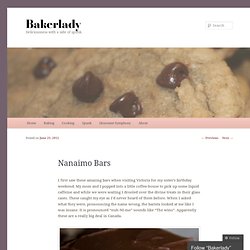 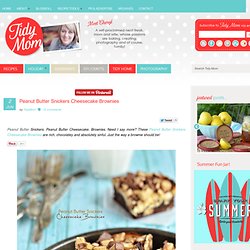 Peanut Butter Cheesecake. Brownies. Need I say more? These Peanut Butter Snickers Cheesecake Brownies are rich, chocolatey and absolutely sinful. Just the way a brownie should be! Happy Monday! But for today, I have a bikini killer dessert recipe for you! This sinful dessert needs a warning label, enjoyed by both kids and adults. I used my favorite, Ghirardelli Double Chocolate brownie mix for the bottom layer, but feel free to use your favorite fudgy brownie recipe if you wish. This recipes is really very simple, you just need to plan a little, because your brownies will need to cool completely before you move on to the cheesecake layer. After they cooled, I poured the cheesecake batter over the brownies and placed them back in the oven to finish baking.

When they come out of the oven the second time, let them cool down about 10-15 minutes and press the chopped candy bar pieces into the warm cheesecake layer! Banana Cream Pie Cupcakes. An easy cupcake recipe for a tender vanilla cupcake filled with a luscious banana cream custard and topped with a banana buttercream…..reminiscent of banana cream pie. 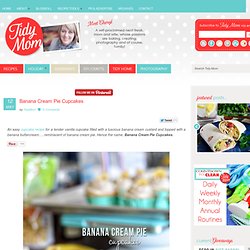 Hence the name, Banana Cream Pie Cupcakes. I hope all you Mom’s had a beautiful Mother’s Day! I had a wonderful weekend that started with a relaxing massage on Saturday. I’m thoroughly convinced that every one should have a therapeutic massage at least once in their life! 14 Foods You've Been Cutting The Wrong Way Your Entire Life. Things will never be the same. 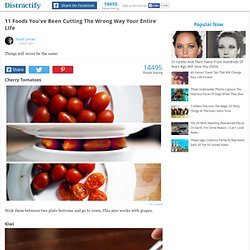 Share14495People Sharing Now go, young samurai! It is your destiny. 13 Essential Kitchen Items For Anyone Trying To Get Healthier. After watching Forks Over Knives, a friend of mine recently went to social media to ask for help with diet changes. 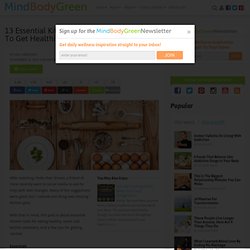 Many of the suggestions were good, but I noticed one thing was missing: kitchen gear. With that in mind, this post is about essential kitchen tools for eating healthy, some cool kitchen additions, and a few tips for getting started. Essentials. Why 10% of the Population Hates Cilantro and the Rest Doesn't Know Any Better - Blog - Reason I Am Here - Nacho Caballero. "No cilantro, please" Yet I know when it arrives It will be present Haiku by Krakrs, a member of ihatecilantro.com The first time I tried cilantro I didn’t realize it; I just thought somebody had emptied a bottle of Old Spice on my pizza in an attempt to poison me. 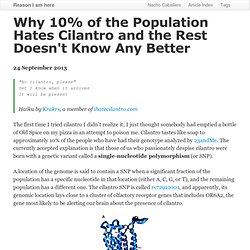 Cilantro tastes like soap to approximately 10% of the people who have had their genotype analyzed by 23andMe. The currently accepted explanation is that those of us who passionately despise cilantro were born with a genetic variant called a single-nucleotide polymorphism (or SNP). A location of the genome is said to contain a SNP when a significant fraction of the population has a specific nucleotide in that location (either A, C, G, or T), and the remaining population has a different one. 15 Ways To Reduce Endocrine Disruptors In Your Kitchen.

When patients come to me for help in taking charge of their health, one of the essential changes I encourage each of them to make is to reduce their toxic load—specifically to rid themselves of as many endocrine disruptors (EDs) as possible. 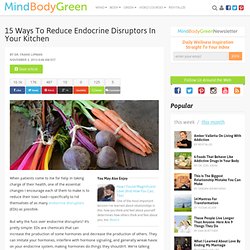 But why the fuss over endocrine disruptors? It’s pretty simple: EDs are chemicals that can increase the production of some hormones and decrease the production of others. They can imitate your hormones, interfere with hormone signaling, and generally wreak havoc on your endocrine system, making hormones do things they shouldn’t. We're talking about things like stimulating cancer development and triggering immunity, fertility, metabolic, developmental and cognitive problems just to name a few. 25 Bakeries Around The World You Have To See Before You Die.