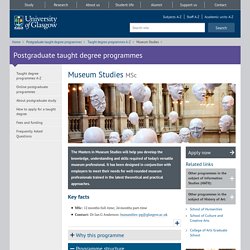 It has been designed in conjunction with employers to meet their needs for well-rounded museum professionals trained in the latest theoretical and practical approaches. Key facts MSc: 12 months full-time; 24 months part-time Contact: Dr Ian G Anderson: humanities-pg@glasgow.ac.uk Why this programme Programme structure Four different strands of the MSc Museum Studies are offered. The Rest of the Iceberg: Publishing in Academic Journals for Early Career Researchers: Deadly Sins of Publishing: The Multiple Submission.

Deadly Sins of Publishing: Submission of a Paper to Multiple Journals This is a periodic column I plan to write that outlines some of the worst things you can do as a prospective author. 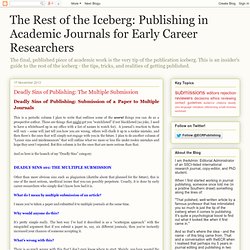 These are things that might get you “watchlisted” if not blacklisted (no joke, I used to have a whiteboard up in my office with a list of names to watch for). International Assistance. Resources. Convention Concerning the Protection of the World Cultural and Natural Heritage. The General Conference of the United Nations Educational, Scientific and Cultural Organization meeting in Paris from 17 October to 21 November 1972, at its seventeenth session, 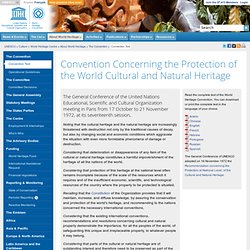 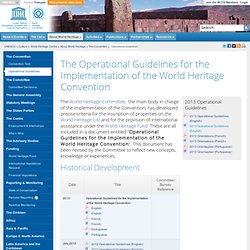 Having examined Document WHC-13/37.COM/12, 2. Recalling Decisions 36 COM 13.I and 36 COM 13.II adopted at its 36th session (Saint Petersburg, 2012) and 35 COM 12B adopted at its 35th session (UNESCO, 2011), A Tribute to Elinor Ostrom: Understanding the Commons. When you first discover libertarianism, there are certain names that jump out. 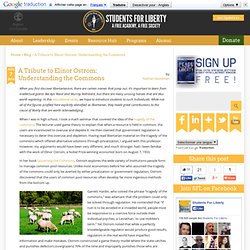 It’s important to learn from intellectual giants like Ayn Rand and Murray Rothbard, but there are many unsung heroes that are also worth exploring. In this educational series, we hope to introduce students to such individuals. The Sustainable Economics of Elinor Ostrom: Commons, contestation and craft. Elinor Ostrom, the Commons and Anti-Capitalism. | Derek Wall | In 2009, the American political economist Elinor Ostrom became the first woman to win a Nobel Prize in Economics. Strictly speaking, she was neither an economist nor was the prize a Nobel but, in fact, the Swedish bank prize. Born “poor”, in her own words, in California in the summer of 1933, she published Governing the Commons in 1990 and died in 2012 of cancer. I was lucky enough to meet her myself and have been fortunate to spend the last two years researching her work in detail. I am an anti-capitalist, and while she would not have accepted this label, I will argue here that those who want to create a democratic and ecological economy that transcends the market and the state, will find enormous inspiration in her work.

Enduring algorithms. I was reading about smart, self-enforcing contracts and Judges as a Service the other day. 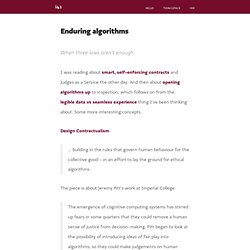 And then about opening algorithms up to inspection, which follows on from the legible data vs seamless experience thing I've been thinking about. Some more interesting concepts. Design Contractualism: … building in the rules that govern human behaviour for the collective good – in an effort to lay the ground for ethical algorithms. The piece is about Jeremy Pitt's work at Imperial College: The emergence of cognitive computing systems has stirred up fears in some quarters that they could remove a human sense of justice from decision-making.

The talk is of electronic networks producing ethical outcomes and, therefore, enduring institutions. The team at Imperial are taking inspiration from Elinor Ostrom, who shared the Nobel Prize for Economics in 2009 for her work on investigating how communities approach managing finite common resources. s8085.pdf. Elinor Ostrom, The Commons and Anti-Capitalism. In 2009, the American political economist Elinor Ostrom became the first woman to win a Nobel Prize in Economics. 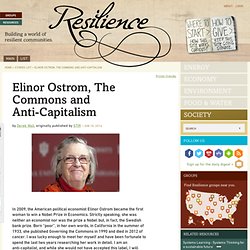 Strictly speaking, she was neither an economist nor was the prize a Nobel but, in fact, the Swedish bank prize. Create. FineReader OCR Pro. Taking Part 2013/14 quarter 3 statistical release. The Taking Part survey has run since 2005 and is the key evidence source for DCMS. 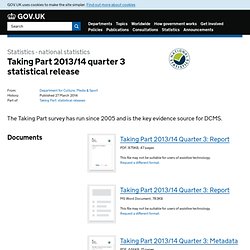 It is a continuous face to face household survey of adults aged 16 and over in England and children aged 5 to 15 years old. This latest release presents rolling estimates incorporating data from the first three quarters of year 9 of the survey. As detailed in the last statistical release and on our consultation pages in March 2013, the responsibility for reporting Official Statistics on adult sport participation now falls entirely with Sport England. Sport participation data are reported on by Sport England in the Active People Survey. Released: 27 March 2014 Period covered: January 2013 to December 2013 Geographic coverage: National and Regional level data for England. Next release date: A release of rolling annual estimates for adults is scheduled for June 2014.

Necessary but Not Sufficient: Modelling Online Archive Development in the UK. Introduction Since the mid 1990s archives have greatly expanded their online information and services, yet this is an area of archive development about which we know little. 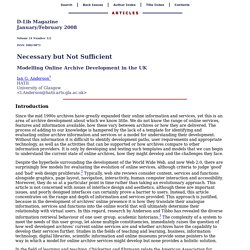 We do not know the range of online services, features and information available, how these vary between archives or how they are delivered. The process of adding to our knowledge is hampered by the lack of a template for identifying and evaluating online archive information and services or a model for understanding their development. Without this information it is difficult to identify development paths, user requirements and appropriate technology, as well as the activities that can be supported or how archives compare to other information providers. 14 Easy Ways To Improve Any Piece Of Writing. “The struggle to improve our sentences, is the struggle to improve ourselves,” writes poet Mark Tredinnick. 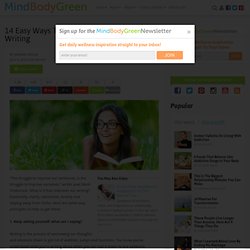 What is it that improves our writing? Essentially, clarity, connection, brevity and staying away from cliche. Here are some easy principles to help us get there: 1. Keep asking yourself: what am I saying?