Psyche.delia. How To Make Thermite: Now, I am not going to tell you guys what thermite is, or what you can do with it. 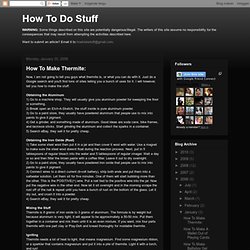 Just do a Google search and you'll find tons of sites telling you a bunch of uses for it. I will however, tell you how to make the stuff. Obtaining the Aluminum1) Go to a machine shop. They will usually give you aluminum powder for sweeping the floor or something.2) Break open an Etch-A-Sketch, the stuff inside is pure aluminum powder.3) Go to a paint store, they usually have powdered aluminum that people use to mix into paints to give it pigment.4) Get a grinder, and something made of aluminum. Good ideas are soda cans, bike frames, and lacrosse sticks. Obtaining the Iron Oxide (Rust)1) Take some steel wool then put it in a jar and then cover it wool with water. Mixing the StuffThermite is 8 grams of iron oxide to 3 grams of aluminum. IgnitingThermite needs a lot of heat to light, that means magnesium. References:-- www.rotteneggs.com-- The Anarchist's Cookbook. Drug Inspired Music - Stereodose Radio.

Erowid. A BUDDHIST VIEW OF ADDICTION. In this essay, I refer to drugs - meaning drugs of all kinds, anything we might become habituated to and that we enjoy to the degree of dependency. 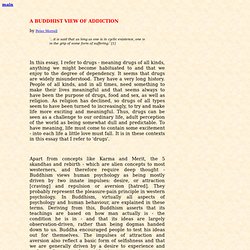 It seems that drugs are widely misunderstood. They have a very long history. People of all kinds, and in all times, need something to make their lives meaningful and that seems always to have been the purpose of drugs, food and sex, as well as religion. As religion has declined, so drugs of all types seem to have been turned to increasingly, to try and make life more exciting and meaningful. Thus, drugs can be seen as a challenge to our ordinary life, adult perception of the world as being somewhat dull and predictable. Apart from concepts like Karma and Merit, the 5 skandhas and rebirth - which are alien concepts to most westerners, and therefore require deep thought - Buddhism views human psychology as being mostly driven by two innate impulses: desire, or attraction [craving] and repulsion or aversion [hatred]. Other features stand out. 10 Scientific and Technological Visionaries Who Experimented With Drugs. 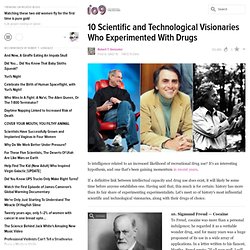 We evolved along with, and because of, our diet. There weren't any classifications of "illegal drugs" back then, and these things flourish in all sorts of conditions in the wild - it's hard not to imagine at least occasional consumption. Considering mankind's predilection to experimenting with consciousness, along with the unique effects of these substances (including euphoria), it was probably more than occasional. If these fungi were part of a diet over time, they'd likely have some effect on our development. At the very least, to assume that these type of natural and prolific plants/substances had no part in our evolution would seem foolish. I just love the idea of psychoactive botanicals spurring hominid consciousness to a higher quantum state — the booster shot needed to make that leap forward in intelligence. 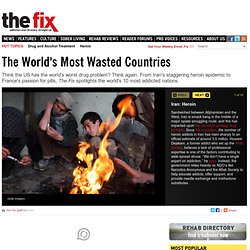 Hide cash. If you’re like most people, you keep your money in the bank (or several banks). But you may also want keep a little stash at home, so that it’s easily accessible in case of an emergency. It used to be a habit we associated with our grandparents, but after the banking crisis of 2008 and 2009, even young consumers started keeping at least some of their cash within reach.

Companies that manufacture and sell home safes reported significant sales spikes during the recession, a trend that wasn’t unusual: during tough, uncertain times, people prefer to keep their money where they can see it. Not everyone wants to spend a couple hundred dollars or more on a home safe, though.

And stashing your cash in the mattress sounds a little bit trite: isn’t that where a thief would first look? The Underground Website Where You Can Buy Any Drug Imaginable. Dangers of drugs. 10 Reasons not to take drugs (on a date)

Interactive Clinical Pharmacology. Mushrooms. New Study: Smart People More Likely to Use Drugs. I have a feeling they won’t be mentioning this in DARE class. 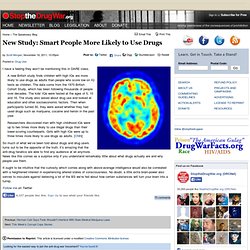 A new British study finds children with high IQs are more likely to use drugs as adults than people who score low on IQ tests as children. The data come from the 1970 British Cohort Study, which has been following thousands of people over decades. The kids' IQs were tested at the ages of 5, 10 and 16. The study also asked about drug use and looked at education and other socioeconomic factors. Then when participants turned 30, they were asked whether they had used drugs such as marijuana, cocaine and heroin in the past year.Researchers discovered men with high childhood IQs were up to two times more likely to use illegal drugs than their lower-scoring counterparts.

So much of what we’ve been told about drugs and drug users turns out to be the opposite of the truth, it’s amazing that the anti-drug fanatics are able to find any audience at all anymore.