RESUME: The single piece of advice that will make you stand out from 95% of the other candidates. Have you ever asked yourself why so many CVs end up in the recycle bin? 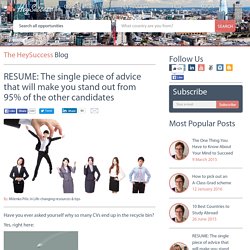 Yes, right here: Well, it’s true that most of those ended up there because they had nothing to offer, except for a University degree. But if you are striving to offer something more than just a degree (internships, student conferences, projects, scholarships and competitions..), you have to make sure your resume reflects it.

10 Jobs That Allow You To Work and Travel the World (And How to Get Them) I bet you still remember your childhood when you were asked what you wanted to become when you grew up? 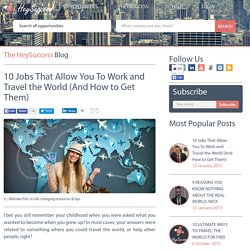 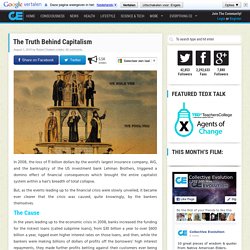 But, as the events leading up to the financial crisis were slowly unveiled, it became ever clearer that the crisis was caused, quite knowingly, by the bankers themselves. The Cause In the years leading up to the economic crisis in 2008, banks increased the funding for the riskiest loans (called subprime loans), from $30 billion a year to over $600 billion a year, rigged even higher interest rates on those loans, and then, while the bankers were making billions of dollars of profits off the borrowers’ high interest repayments, they made further profits betting against their customers ever being able to pay back the loans they had just been given.

The Effect The Revolution. Candidate - Europe Language Jobs. Rob Greenfield's Guide to Dumpster Diving. I desire to put an end to food waste and hunger in America. 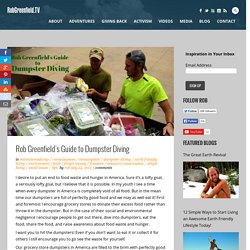 Sure it’s a lofty goal, a seriously lofty goal, but I believe that it is possible. In my youth I see a time when every dumpster in America is completely void of all food. But in the mean time our dumpsters are full of perfectly good food and we may as well eat it! First and foremost I encourage grocery stores to donate their excess food rather than throw it in the dumpster. But in the case of their social and environmental negligence I encourage people to get out there, dive into dumpsters, eat the food, share the food, and raise awareness about food waste and hunger. 20 самых удачных поз для женской фотосессии. Windyty, wind map & forecast. Skiplagged: The smart way to find cheap flights. Which Food Containers Are Safe for the Microwave? - Real Simple. Some materials are fine in the microwave and some aren’t (see below). 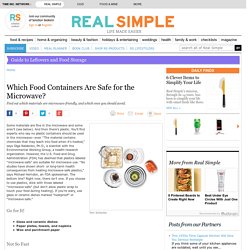 And then there’s plastic. You’ll find experts who say no plastic containers should be used in the microwave—ever. “The material contains chemicals that may leach into food when it’s heated,” says Olga Naidenko, Ph.D., a scientist with the Environmental Working Group, a health-research organization. However, the U.S. The Ultimate Guide to Traveling Without Money. To most, the thought of living without money seems impossible, if not altogether terrifying. 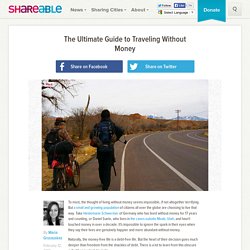 But a small and growing population of citizens all over the globe are choosing to live that way. Take Heidemarie Schwermer of Germany who has lived without money for 17 years and counting, or Daniel Suelo, who lives in the caves outside Moab, Utah, and hasn't touched money in over a decade. It's impossible to ignore the spark in their eyes when they say their lives are genuinely happier and more abundant without money. Hippie girl’s packing guide: 10 of my essentials. What does it mean to me to be a modern hippie girl? 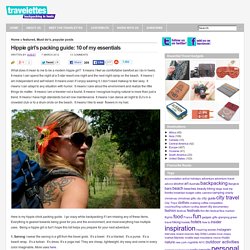 It means I feel as comfortable barefoot as I do in heels. It means I can spend the night at a 5-star resort one night and the next night camp on the beach. It means I am independent and self reliant. GoAbroad - Youth Opportunities. The Smart Passive Income Blog — Smart Ways to Live a Passive Income Lifestyle On the Internet with SmartPassiveIncome.com. What is a Digital Nomad, and How to Become One. Becoming a digital nomad has been a long time dream of mine that I have finally started to work on realizing. 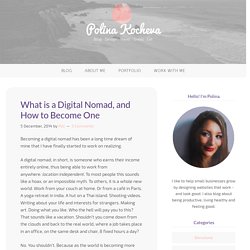 A digital nomad, in short, is someone who earns their income entirely online, thus being able to work from anywhere: location independent. 29 Creative Ways To Give Kitchen Trash A Second Life. Advertisement Meal planning and smart shopping goes a long way toward reducing food waste. 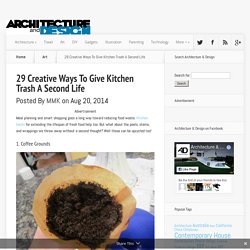 Kitchen hacks for extending the lifespan of fresh food help too. But what about the peels, stems, and wrappings we throw away without a second thought? Well those can be upcycled too! How a Web Design Goes Straight to Hell. Art Installation contest » Yaga gathering 2014. Is It Better to Rent or Buy?