Algeciras. Algeciras is an industrial port-city in southern Spain, in the region named Andalusia. 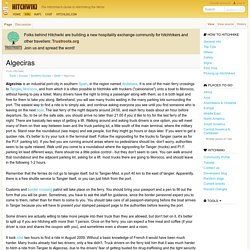 It is one of the main ferry crossings to Tangier, Morocco, and from which it is often possible to hitchhike with truckers ("camioneros") onto a boat to Morocco, without having to pay a ticket. Many drivers have the right to bring a passenger along with them, so it is both legal and free for them to take you along. Beforehand, you will see many trucks waiting in the many parking lots surrounding the port. The easiest way to find a ride is to simply ask, and continue asking everyone you see until you find someone who is leaving on the next boat. The last ferry of the night departs around 24:00, and each ferry loads about an hour before departure. Remember that the ferries do not go to tangier itself, but to Tangier-Med, a port 40 km to the east of tangier.

Customs and border crossing patrol will take place on the ferry. Jacaranda. Jacaranda is a genus of 49 species of flowering plants in the family Bignoniaceae, native to tropical and subtropical regions of Central America, South America, Cuba, Hispaniola, Jamaica and the Bahamas.[1] It has been planted widely in Asia, especially in Nepal. 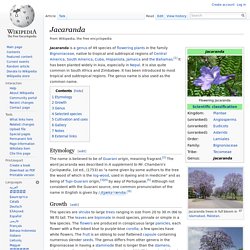 It is also quite common in South Africa and Zimbabwe. It has been introduced to most tropical and subtropical regions. The genus name is also used as the common name. Etymology[edit] The name is believed to be of Guarani origin, meaning fragrant.[2] The word jacaranda was described in A supplement to Mr. Growth[edit] Barcelona, 365. I'm in the mood for some sight-seeing today. 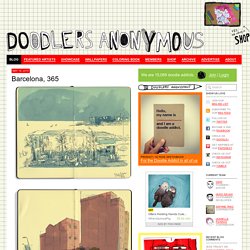 I took a quick tour around Barcelona through the sketchbook of Òscar Julve. Trip Planning, Tours and More. Catalonia travel guide. Catalonia Understand[edit] Catalonia is an autonomous community within Spain defined as a nationality, and before the 18th century it was an State (in the form of principality) of the Crown of Aragon, with a complex parlamentary system. 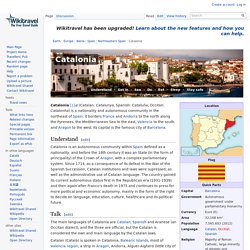 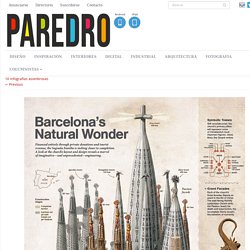 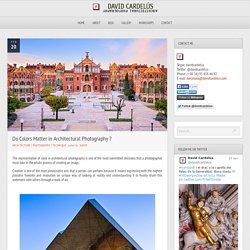 Creation is one of the most pleasurable acts that a person can perform because it means expressing with the highest possible freedom and resolution an unique way of looking at reality and understanding it to finally share this statement with others through a work of art. Surely creative people are blessed with a potential predisposition to look around and see in their environments the harmony that will always remain invisible for the rest, but it is the sum of the life experiences with which an individual relates to its environment what truly shapes how an artist abstracts what he sees and represents it in a painting, a photograph or whatever expressive matter. Life does not leave anyone indifferent because it is unique and it must be lived. 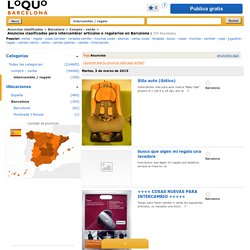 For 91 Days in Valencia – Travel Blog. Hey there, Valencia, did you miss us? 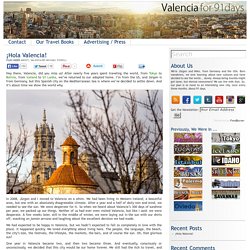 After nearly five years spent traveling the world, from Tokyo to Bolivia, from Iceland to Sri Lanka, we’ve returned to our adopted home. I’m from the US, and Jürgen is from Germany, but this Spanish city on the Mediterranean Sea is where we’ve decided to settle down. And it’s about time we show the world why. In 2008, Jürgen and I moved to Valencia on a whim. Idaelastic.com. Barcelona, Spain -Page1. Demo. Free food. It was 9.30pm, on what seemed like a normal Wednesday night. 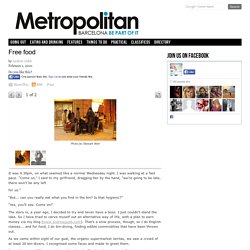 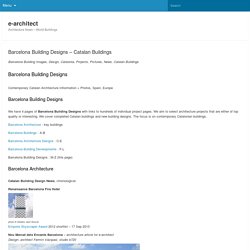 We aim to select architecture projects that are either of top quality or interesting. We cover completed Catalan buildings and new building designs. Architecture City Guide: Barcelona. This week, with the help of our readers, our Architecture City Guide is headed to Barcelona. We recently featured an engaging video where Wiel Arets half jokingly said Barcelona is fantastic but boring. He continued to say as soon as Sagrada Família is finished Barcelona is done; there is nothing left to do there (10:50). Arets can say what he wants about Barcelona supposedly being boring, but our city guide doesn’t reflect this. Barcelona is filled with fantastically expressive architecture that springs from its proud Catalan culture. It was impossible to feature all our readers suggestions in the first go around, and we did not even come close to including some of the most iconic building such as Casa Milà.

Take a look at our list with the knowledge it is far complete and add to it in the comment section below. The Architecture City Guide: Barcelona list and corresponding map after the break. Shop : ABOUT. Barcelona: Day trips from Barcelona. There are many interesting places that make an easy day trip from Barcelona. Most are accessible by train (Renfe or FGC), from Sants or Passeig de Gràcia stations. Sitges is probably the most popular day trip for beachlovers. Forty kilometres down the coast, Sitges is a fishing village that became popular with wealthy Barcelonans as a summer retreat in the 1900s. These days, it also attracts a large gay clientele and is home to a growing expatriate community. Villas, low-rise apartment blocks and hotels line the promenade which is dotted with palm trees and bars. Sitges celebrates Carnival in high style and also the Feast of Corpus Christi, when the streets are covered in carpets of flowers.