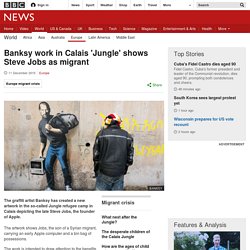 The artwork shows Jobs, the son of a Syrian migrant, carrying an early Apple computer and a bin bag of possessions. The work is intended to draw attention to the benefits of migration, Banksy said. The artist, who has never revealed his identity, donated elements of a recent installation to the camp for shelter. We Need to Talk About Ivars - Whimsical Agnesiga. PUTPUT - Profile. Established in 2011 by Stephan Friedli (CH) and Ulrik Martin Larsen (DK) and currently based in Copenhagen, PUTPUT is the visual and conceptual meeting of two minds, a collaboration in thought and practice. 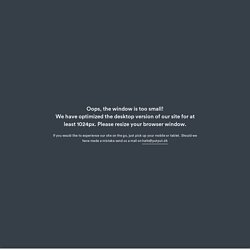 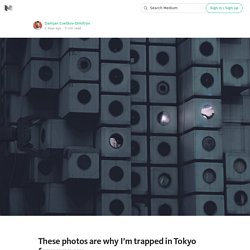 Massachusetts Institute of Technology. Materia: global network in the area of innovative materials. DiarioDESIGN - magazine de diseño, interiorismo y arquitectura. Arciphilia, designvanilla: A hardwood bench which molds to... A Dutch designer has created an underground fridge that does not use electricity. Dutch designer Floris Schoonderbeek, has created the Ground Fridge, an underground cool storage solution, for Dutch brand Weltevree. 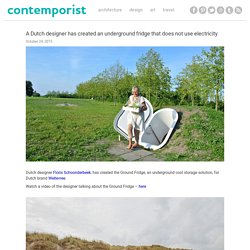 Watch a video of the designer talking about the Ground Fridge – here The designer’s description Modern houses are often built without a basement while a lot of people nowadays feel the need for one: they’re focused on healthy food and, for example, grow their own food or buy in bulk at the local organic farmer. The Ground Fridge is a basement as a product. An innovative version of the traditional root cellar, for the new cosmopolitan with its own vegetable garden and a modern self-sufficient existence. Deptford Cinema · Projects · Jailmake. Projects · Jailmake. In 20 Steps by Drift. The making of Shylight (short version) Unpackaged » Why Packaging? Why Packaging? 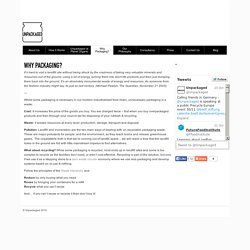 It’s hard to visit a landfill site without being struck by the craziness of taking very valuable minerals and resources out of the ground, using a lot of energy, turning them into short life products and then just dumping them back into the ground. It’s an absolutely monumental waste of energy and resources. As someone from the fashion industry might say, its just so last century. (Michael Pawlyn, The Guardian, November 21 2005) PRODUCT LIBRARY. 432,615 subscribers keep up to date with recent articles and upcoming events popular now! 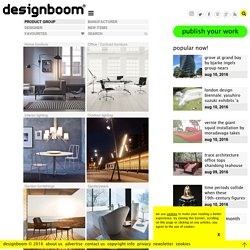 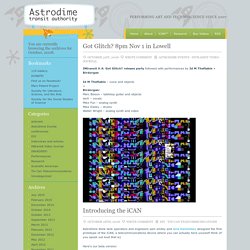 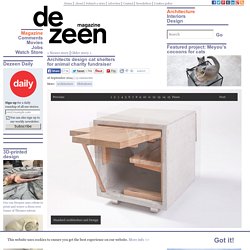 Architecture. Cork Helmet muffles noise pollution. Milan 2015: Brussels designer Pierre-Emmanuel Vandeputte has created a cork helmet that lowers over the wearer's head when they need a respite from ambient noise. 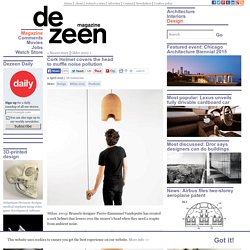 Chosen for its insulating properties, the cork is shaped to resemble a bell jar that covers the user's entire head and neck – blocking out all of the surrounding sounds. "Nowadays, we are surround by noise pollution and there is almost nothing to protect yourself from it," Vandeputte told Dezeen. "We've made fashion statements with glasses to protect you from the sun, or to improve your vision, but there is nothing for your ears. " Interview — Interiors : An Online Publication about Architecture and Film. INT: You have mentioned in other interviews that some of these songs were written at times when you thought the band might be breaking up. 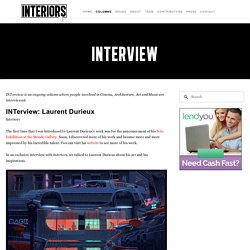 What sort of environment is that like to work in? Did you feel it made you stronger? Are those anxieties present on the album or are you past that? SM: There have been a few moments in the past when I thought that we were done for, but they were always fleeting and circumstantial. During the writing and recording of this record, we didn't have any that were that severe. How to create the perfect design process. You might be a whizz with Photoshop, be an amazing illustrator or possess mad CSS and JavaScript skills. But to harness your creativity and imagination, you need a solid design process to get your ideas from inception to production.

Otherwise all your talents will go to waste and lesser - but more organised - mortals will steal your spot. So where do you start? Well, let’s assume your quote has seen the green light, and you've received the detailed brief from your client. Six-sided modular cabin with wooden walls and fisheye windows. This six-sided wooden cabin by Estonian designer Jaanus Orgusaar has walls that zigzag up and down and two circular windows resembling fisheye camera lenses (+ slideshow). Designer Jaanus Orgusaar based the wooden house, called Noa, on the shape of a rhombic dodecahedron - a convex polyhedron with twelve identical rhombic faces. This creates a modular structure that can be extended with extra rooms, but that also feels like a round space from inside. "The floor plan of the house is a hexagon, the walls and roof are compiled of identical rhombuses, therefore it is easy to continue the structure in space by adding the next module," Orgusaar said. A Path in the Forest by Tetsuo Kondo Architects.

A walkway by Tetsuo Kondo Architects winds its way around tree trunks and up into the canopy at a park in Tallinn, Estonia. Called A Path in the Forest, the 95-metre trail is supported by a steel tube that rests against the tree trunks, with no additional columns. The installation remains in place in Kadriorg Park until 22 October as part of LIFT11, a festival of urban installations in Tallinn’s public spaces for the European Capital of Culture Tallinn 2011. The Calvert Journal. Designers Create Nameless Paints So Children Can Learn About Colors.

Remember how you learnt about colors when you were a kid? The sky is blue, the sun is yellow, the grass is green, etc, etc. But as adults, we know that those color names don’t do justice to the richness of colors and tones we see all around us. Do you know the fixers movement? It will be the main focus of this year’s Ecodesign Day! Himbleton CE First School - Forest School. Children in Reception and Year 1 take part in Forest School activities on Thursday mornings on the days the rest of the school go swimming. They come to school dressed for the outdoors because they work outside whatever the weather! Google I/O proves a gender-inclusive tech event is possible. When Cheryl Jerozal first attended Google’s I/O developer conference four years ago, she felt isolated. Phalanx hoplite. ᴋ ᴄ ᴏ ɴ ᴇ ᴛ. Projects — Roy Rivera. As part of the contest held in Honduras in search of a new country brand, in collaboration with Honduran architect and industrial designer, Manuel Moreno, we developed the following proposal.