How to Hold Space for a Mental Health Crisis. We live in a world where more and more people are medicated for mental health problems every year, yet the situation doesn’t seem to be getting any better. 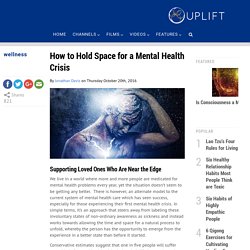 There is however, an alternate model to the current system of mental health care which has seen success, especially for those experiencing their first mental health crisis. In simple terms, it’s an approach that steers away from labeling these involuntary states of non-ordinary awareness as sickness and instead works towards allowing the time and space for a natural process to unfold, whereby the person has the opportunity to emerge from the experience in a better state than before it started. The Analogy of Birth Let’s imagine someone coming across a woman in labor.

Ten Little Habits that Delay Your Happiness. You ultimately become what you repeatedly do. 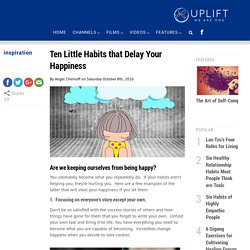 If your habits aren’t helping you, they’re hurting you. Here are a few examples of the latter that will steal your happiness if you let them: 1. Focusing on everyone’s story except your own. Don’t be so satisfied with the success stories of others and how things have gone for them that you forget to write your own. Focus on yourself This means consuming less and creating more. Is Kratom Legal In Your State? Steven Maxwell, ContributorWaking Times We live in a strange reality where ailing humans are being banned from using helpful plants. 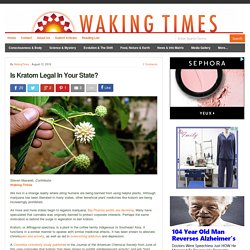 Although marijuana has been liberated in many states, other beneficial plant medicines like kratom are being increasingly prohibited. As more and more states begin to legalize marijuana, Big Pharma profits are declining. Many have speculated that cannabis was originally banned to protect corporate interests. Science finds Soil can Help Depression. A couple of years ago, a friend of mine was recovering from a serious illness. 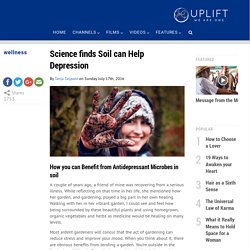 Breaking the Cycle of Family Trauma. Emerging trends in psychotherapy are now beginning to point beyond the traumas of the individual to include traumatic events in the family and social history as a part of the whole picture. 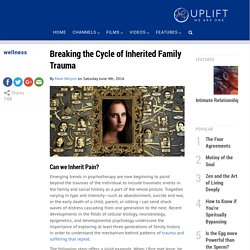 Tragedies varying in type and intensity—such as abandonment, suicide and war, or the early death of a child, parent, or sibling—can send shock waves of distress cascading from one generation to the next. Recent developments in the fields of cellular biology, neurobiology, epigenetics, and developmental psychology underscore the importance of exploring at least three generations of family history in order to understand the mechanism behind patterns of trauma and suffering that repeat. The following story offers a vivid example. When I first met Jesse, he hadn’t had a full night’s sleep in more than a year. Magic Mushrooms Finally Being Accepted As Viable Treatment For Depression. Michael Forrester, Prevent DiseaseWaking Times First cannabis and now magic mushrooms are slowly being introduced back into the vocabulary of medical scientists. 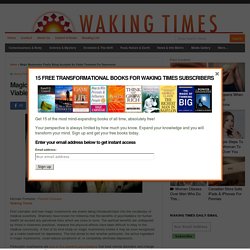 Shamans have known for millennia that the benefits of psychedelics for human health far exceed any perceived risks which are close to none. The spiritual benefits are undisputed by those in shamanic practices, however the physical effects have been difficult to relay to the medical community. A first of its kind study on magic mushrooms shows it may be soon recognized as a viable treatment for depression. The trial aimed to test whether psilocybin, the active ingredient in magic mushrooms, could reduce symptoms of, or completely eliminate depression. How a West African shaman helped my schizophrenic son in a way Western medicine couldn’t. Franklin Russell, left, found some healing for his schizophrenia in Jamaica, where he met Malidoma Somé, right, a renowned West African shaman. 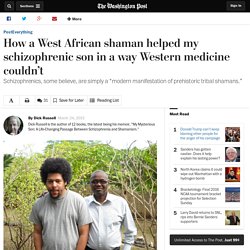 (Courtesy of Dick Russell) After a wonderful summer of fishing and learning to surf, my son, then a 17-year-old junior at a Boston high school, suddenly told me one afternoon, “I don’t know what’s happening; I can’t find my old self again.” Soon after, Franklin had to be hospitalized. Can Trauma be Passed on through our DNA? PTSD is a whole-body tragedy, an integral human event of enormous proportions with massive repercussions. ― Susan Pease Banitt Intergenerational Trauma is the idea that serious trauma can affect the children and grandchildren of those who had the first hand experience, due to living with a person suffering from PTSD and the challenges that can bring. 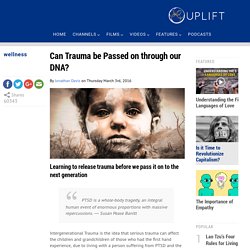 What’s new is that, thanks to the emerging field of epigenetics, science is discovering that trauma is being passed down to future generations through more than simply learned behaviours. 2012 Emergence. 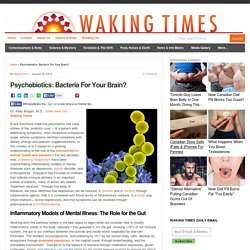 Kelly Brogan, M.D., Green Med InfoWaking Times Every functional medicine psychiatrist has case stories of the ‘probiotic cure’ – of a patient with debilitating symptoms, often obsessive compulsive range, whose symptoms remitted completely with dietary change and probiotic supplementation. Is this voodoo or is it based on a growing understanding of the role of the microbiome in mental health and behavior? For two decades now, pioneering researchers have been substantiating inflammatory models of mental illnesses such as depression, bipolar disorder, and schizophrenia.

Research has focused on markers that indicate immune distress in an important subset of patients, many of whom are labeled “treatment resistant.” Inflammatory Models of Mental Illness: The Role for the Gut. Researchers Uncover Connection Between Gut Health and Mood. 11 Ways Our Society Treats Us Like Caged Rats: Do Our Addictions Stem from that Trapped Feeling? What a Shaman Sees in A Mental Hospital. 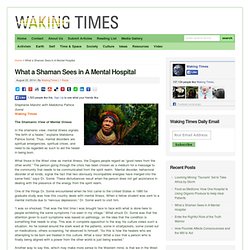 Flame Retardants and Fluoride—Two Neurotoxic Chemicals Again Linked to Reduced IQ. Dr. Does Mental Illness Truly Exist As Western Medicine Has Us Believing? Andrew Barker, Collective-EvolutionWaking Times Is mental illness real as we now define it today? Identification as the mind certainly is and this is the actual problem that we are faced with that is only just being acknowledged in the western world. Mental illness is at epidemic proportions in “developed” countries; with 1 in 4 people in the US having some sort of mental illness (this rate is always rising), and there are kids as young as 5 on antidepressants and other behavioral drugs, even pets are on these drugs too!

Mother Mary and Mary Magdalene via Natalie Glasson: Discussions on Supportive Steps to Dissolve Fear and Illness. Datis Kharrazian: How to Find Out What's Causing Your Depression. El Mundo Bueno. Hypnotizing Yourself. Twin flames Imagination & Mental Disorders. Cure Desperate Energy Right Now! Ivy SeaZine - Why 'Normal' is NOT a Virtue. The Vagus Nerve and the Healing Promise of The Sudarshan Kriya.

Earthing Sheets Connect Us to the Schumann Resonance. In 2007, a team of researchers from the Department of Environmental and Occupational Health ran a study and concluded the following, “The nature of the electromagnetic environments that most humans are now regularly exposed to has changed dramatically over the past century and often bears little resemblance to those created in Nature”. “In particular, the increased masking/shielding/insulation of individuals from beneficial types of natural electromagnetic phenomena, the presence of synthetic materials that can gain strong charge and increase exposures to inappropriate electric field levels and polarities have greatly altered the electromagnetic nature of the microenvironments many individuals usually occupy.” New Earth Physiology – Activating the Vagus Nerve. Releasing Unexpressed Emotion. Randi G.

The Breathing Trick That Puts You to Sleep in Seconds. Nothing is worse than lying awake at night, willing your brain to shut down so you can rest. Mental disorders in the 20th century. My Flight From the Modern Medical Establishment. She Was Given LSD, Psilocybin, & MDMA In The Final Days Before Her Death – What Happened After Was Beautiful. How Do People Get Possessed by Ghosts? My Mantis ET Encounter Part 3 - SOULSALIGHT. Yoga and Meditation Protect Cancer Survivors at Cellular Level.