Permaculture Day. Taking Back Our Food: Establishing a Food Co-Op in the Community. Just one of the many delights at a local co-op- organic, heirloom lettuce I remember the first time I visited a food co-op. 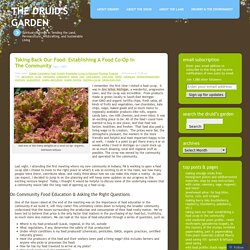 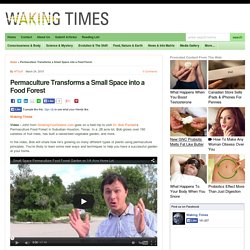 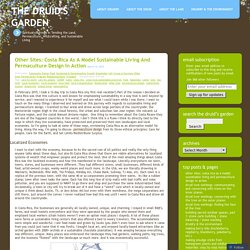 Part of the reason I decided on Costa Rica was that this culture is well-known for emphasizing sustainability in a way that is well beyond lip service, and I wanted to experience it for myself and see what I could learn while I was there. I want to touch on the many things I observed and learned on this journey with regards to sustainable living and permaculture design. I traveled to four areas and drove across large portions of the countryside: the Monteverde region (high in the cloud forests), the urban and suburban San Jose region; the volcanic La Fortuna region, and the costal Manuel Antonio region.

One thing to remember about the Costa Ricans–they are one of the happiest countries in the world. Multi-Functional Plants for the Permaculture Garden. If you have a choice of planting a tree, shrub, vine, herbaceous plant, or groundcover that only has one function or another species that fills that desired function and also provides three other benefits, why wouldn't you plant the more functional species. 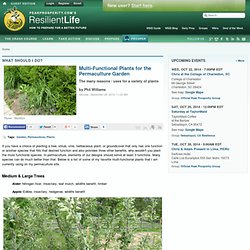 In permaculture, elements of our designs should serve at least 3 functions. Many species can do much better than that. Below is a list of some of my favorite multi-functional plants that I am currently using on my permaculture site. Medium & Large Trees. Building Earthworm Boxes: Making Worm Composting Bins For Home And Garden. By Bonnie L. 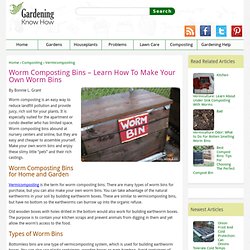 Grant Worm composting is an easy way to reduce landfill pollution and provide juicy, rich soil for your plants. It is especially suited for the apartment or condo dweller who has limited space. Permaculture and the Sacred: A Conversation with Starhawk. Companion-Planting-FTFA.jpg (JPEG Image, 739 × 1046 pixels) - Scaled (95%) Wave goodbye to global warming, GM and pesticides. Updated 25 August 2013 09:56 AM The technology – radio wave energised water – massively increases the output of vegetables and fruits by up to 30 per cent. 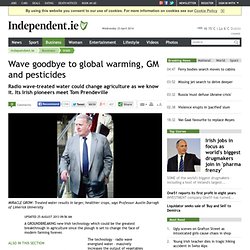 Not only are the plants much bigger but they are largely disease-resistant, meaning huge savings in expensive fertilisers and harmful pesticides. Extensively tested in Ireland and several other countries, the inexpensive water treatment technology is now being rolled out across the world. The technology makes GM obsolete and also addresses the whole global warming fear that there is too much carbon dioxide in the air, by simply converting excess CO2 into edible plant mass.

Developed by Professor Austin Darragh and Dr JJ Leahy of Limerick University's Department of Chemistry and Environmental Science, the hardy eco-friendly technology uses nothing but the natural elements of sunlight, water, carbon dioxide in the air and the minerals in the soil. Speaking about the new technology, Professor Austin Darragh says: Sunday Independent. Bacillus Thuringiensis Products – Tips For Using Bt In The Garden. 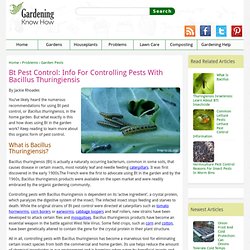 But what exactly is this and how does using Bt in the garden work? Keep reading to learn more about this organic form of pest control. What is Bacillus Thuringiensis? Bacillus thuringiensis (Bt) is actually a naturally occurring bacterium, common in some soils, that causes disease in certain insects, most notably leaf and needle feeding caterpillars. Fulvic acid Benefits - A detailed overview of the benefits of Fulvic acid. Fulvic acid is rapidly being recognized as one of the key elements in many outstanding health and scientific breakthroughs of the 21st century. 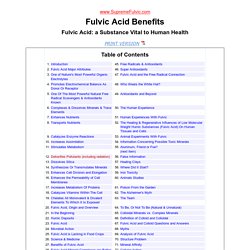 More and more scientists and doctors throughout the world are discovering fulvic acid, and are recognizing its extraordinary potential. Interest in the medical community has been escalating rapidly. In the past only very small amounts of fulvic acid had been available for scientific testing. Most of the studies to date have been done on plant cells. Transforming Urban Life in Pursuit of True Freedom. Self Sufficient in Suburbia June 2014. Permaculture is the future. Sepp Holzer's Permaculture. While most people think they are mending the world's problems by contemplating light bulbs or buying "organic", there are thousands of people making a more significant difference. 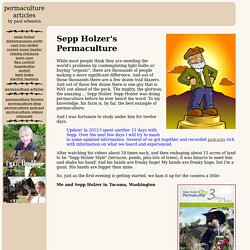 And out of those thousands there are a few dozen trail blazers. And out of those few dozen there is one guy that is WAY out ahead of the pack. The mighty, the glorious, the amazing ... Sepp Holzer. Sepp Holzer was doing permaculture before he ever heard the word. 33 Tips on Turning Your Boring Lawn Into a Permaculture Food Forest. Waking Times Does the idea of getting fresh, nutritious food right out in front of you kitchen door sound like a good idea in these turbulent times? 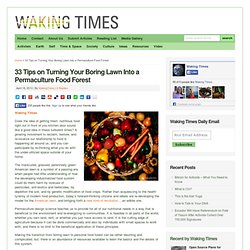 A growing movement to reclaim, restore, and re-localize our relationship to food is happening all around us, and you can participate by re-thinking what you do with the under-utilized space outside of your home. The manicured, grassed, perennially green American lawn is a symbol of a passing era when people had little understanding of how the developing industrialized food system could do them harm by overuse of pesticides, anti-biotics and herbicides, by depletion the soil, and by genetic modification of food crops.

Rather than acquiescing to the health tyranny of modern food production, today’s forward-thinking citizens and rebels are re-developing the model for the American lawn, and bringing forth a new kind of revolution… an edible one. This article is offered under Creative Commons license. Come Hither Kale, Mr. Candyland Game, Seductive Books and a Black-Eyed Gnome. My kale has apparently been sending out pheromones and/or seductive telepathic vibes to my non-kale eating friends! Today, while out to tea with me, my non-kale-friendly friend, Suzanna, happened to mention with a gleam in her eye, “I just keep thinking about your kale!

You know I don’t really like kale, but I keep thinking about yours.” She smiled a dreamy smile. “That’s kind of strange,” I said, “because David’s sister sent me an email last night about my kale, and we have never known her or any member of her little family to eat kale, either! It was quite a passionate email: ‘Ask David about ground kale in mashed potatoes.