6 Classic Books That Undermine and Expose the Matrix of Control. Sigmund Fraud, StaffWaking Times One of the most telling ironies of modern life is that we hardly consider the similarities between the caged lives of the cattle, chicken and pigs we eat, and our own lives in the matrix, where a rat race of traps, mazes, corrals and fences keeps us from our true purpose. 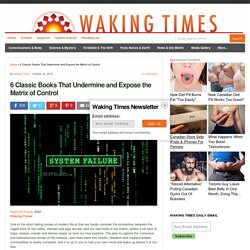 The plan to capture the conscious and subconscious minds of the masses, and mold them into robotic, obedient and impressionable commodities is nearly complete, and it is up to you to free your own mind and wake up before it is too late. “Emancipate yourselves from mental slavery. None but ourselves can free our minds.” – Bob Marley Escape is possible, but you must first confront the reality of the present situation to understand the possibilities for exit. Education Without strict institutional education there is no way that people can ever become functioning members of the matrix. 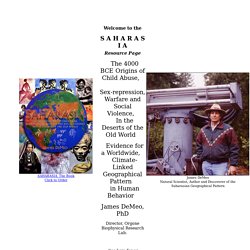 Please Help Support Prof. DeMeo's Research and Educational Work, by a donation to his non-profit Orgone Biophysical Research Laboratory. No PayPal? Click here for our standard donor page. Donations are IRS Tax-Deductible. All text and graphics in this publication are Copyrighted © 2000 and may not be duplicated or otherwise copied or used without written permission of the author. Welcome to the Summary Webpage for the Saharasia Discovery. Books from Glorian Publishing, Samael Aun Weor, M. Biography « Starhawk's Website. Starhawk is one of the most respected voices in modern earth-based spirituality. 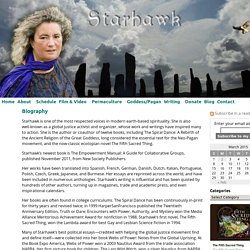 She is also well-known as a global justice activist and organizer, whose work and writings have inspired many to action. She is the author or coauthor of twelve books, including The Spiral Dance: A Rebirth of the Ancient Religion of the Great Goddess, long considered the essential text for the Neo-Pagan movement, and the now-classic ecotopian novel The Fifth Sacred Thing. Starhawk’s newest book is The Empowerment Manual: A Guide for Collaborative Groups, published November 2011, from New Society Publishers. Books from Glorian Publishing, Samael Aun Weor, M. Transcript: Sitting Bull on Animal Totems on Heavenly Blessings May 6, 2013, Part 1/2.

Chief Sitting Bull, Heavenly Blessings May 6, 2013 Posted by Suzanne Maresca - May 16, 2013 Suzanne: Part I is our intro, Part II is the channeling and callers. 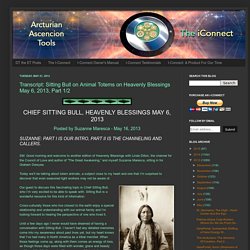 SM: Good morning and welcome to another edition of Heavenly Blessings with Linda Dillon, the channel for the Council of Love and author of “The Great Awakening,” and myself Suzanne Maresca, sitting in for Graham Dewyea. Today we’ll be talking about totem animals, a subject close to my heart and one that I’m surprised to discover that even seasoned light workers may not be aware of. Our guest to discuss this fascinating topic is Chief Sitting Bull, who I’m very excited to be able to speak with. Cross-culturally those who live closest to the earth enjoy a special relationship and understanding with our animal family and I’m looking forward to hearing the perspective of one who lived it. Until a few days ago I never would have dreamed of having a conversation with Sitting Bull.

Kerri Rivera: Books, Biography, Blog, Audiobooks, Kindle. Books « Forager's Harvest. By Samuel Thayer $22.95 Rather than cover hundreds of plants in abbreviated accounts like the typical field guide, the author has chosen a smaller selection of species to discuss in exhaustive detail, including only those plants he has eaten fifty times or more. 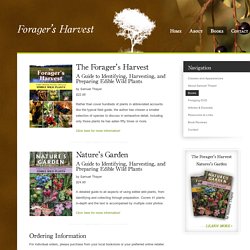 Books By Peter Kingsley. The Principal Navigations, Voyages, Traffiques and Discoveries of the ... - Richard Hakluyt - Google Bøker. A Message From Susan. Oh, did you hear the one about ... 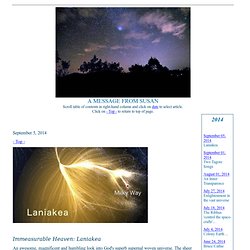 "We are alone in the universe! " Colony Earth-Part XII: In the Labyrinth of Endurance In the Satya Yuga, the first cycle of time, we have not yet lost our connection to the God-within each of us. We knew metaphysical Truth, and therefore our relationship with other dimensional beings was also known. As we moved down into the ensuing cycles we lost the Knowledge of our true natures, meaning who we really are. Myths & Symbols of Vedic Astrology: Bepin Behari: 9780940985513: Amazon.com: Books.

Hathor Rising: The Power of the Goddess in Ancient Egypt: Alison Roberts Ph.D.: 9780892816217: Amazon.com: Books. 25 Quotes That Will Inspire You To Be A Fearless Writer. 8 Excellent, Must-Read, Non New-Agey Spiritual Books. We live in a paradoxical, postmodern culture of overstimulation and shallowness — obesity next to hunger; superficial celebrity gossip next to ignored people living in or near poverty; cheap fast food next to prohibitively expensive, genetically modified, supposedly organic gourmet cuisine; 24/7 fake news media next to endless hours of “reality” TV; bloggers blogging blasphemies next to twits tweeting trivialities. 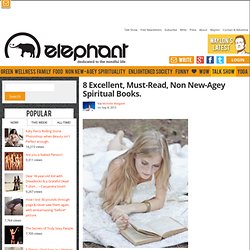 It all comes down to seeking a sense of control and instant gratification. Reading is great because it slows us down. Turn off the TV and pick up a good book. Mein Leben in Nigeria. Leseprobe © by Ilona Maria Hilliges ... 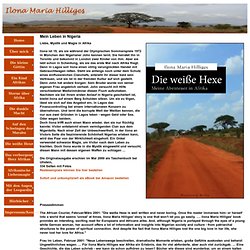 Autos sind zum Fahren da. Und die Beziehung zu einem Mann setzt Vertrauen voraus. Das ist meine Überzeugung bis heute. Drink time with your dream double - Dream Gates. In some of my big dreams, I’ve encountered a second self, who has knowledge and skills that are lacking in my waking self. 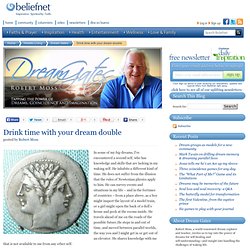 He inhabits a different kind of time. He does not suffer from the illusion that the rules of Newtonian physics apply to him. He can survey events and situations in my life – and in the fortunes of countries – from a place above, as a boy might inspect the layout of a model train, or a girl might open the back of a doll’s house and peek at the rooms inside. Drop Into Your Heart: Unlock A World Of Infinite Possibilities: Diana Rose Kottle: Amazon.com. 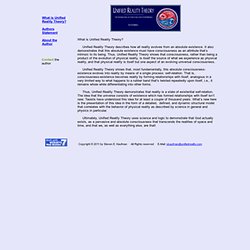 Same Soul, Many Bodies: Discover the Healing Power of Future Lives through Progression Therapy (9780743264341): Brian L. Weiss. Natural Healing House - Scalar Heart Connection. Pronoia Is the Antidote for Paranoia: How the Whole World Is Conspiring to Shower You with Blessings (9781583941232): Rob Brezsny.