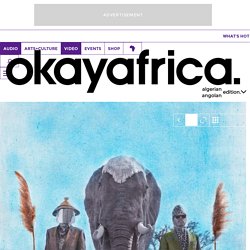 Back when they recorded and performed together as Gazelle, the duo dropped two stellar releases and set out on an ambitious “Kalahari Safari” tour of Europe. The band has since broken apart, with Ferreira (under the solo moniker Gazelle) now based in NYC while Matthews focuses on his DJ Invizable project in Cape Town. Nonetheless, the longtime production/performance partners came through last week with surprise material and news that this month they’re unveiling a brand new full-length, Gazelle & DJ Invizable’s four year undertaking The Rise & Fall Of An Empire. Sambal: Carrot & Coconut Salad from Sri Lanka. Meditation music Crouching Tiger. SilverJoe Cell. See pictures in gallerysee the youtube on how to do it. 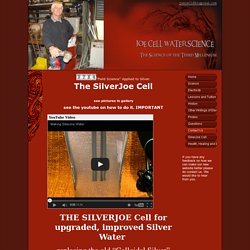 IMPORTANT THE SILVERJOE Cell for upgraded, improved Silver Water replacing the old “Colloidal Silver” A revolutionary “Field Science” Device and how it was invented. Everything can be improved. Many well published scientists reject the particle theory and offer the Electric Sun or Electric Universe theory which rejects the old theories that the sun is a particle mass energy equation. The divinely inspired Joe, as a gifted intuitive inventor, can see the energy fields of matter and their interaction. Devendra Banhart. Mala.

Hz and other phenomena

Hear All of Mozart in a Free 127-Hour Playlist. “You can’t have Bach, Beethoven, and Mozart as your favorite composers,” said conductor and San Francisco Symphony music director Michael Tilson Thomas. 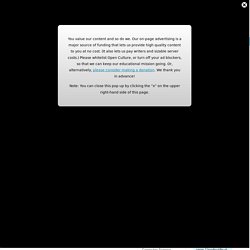 “They simply define what music is!” True enough, though it doesn’t seem to have stopped anyone from, when asked to name their classical music of choice, unhesitatingly respond with the names of Bach, Beethoven, or Mozart — and Mozart most often. So why does the man who composed, among other works, the Piano Concerto No. 24 in C minor, the Symphony No. 40 in G minor, and Don Giovanni still command such instinctive allegiance nearly 225 years after his death? What’s In Your Toolbox: Atiya Jones. Living and sometimes working out of her Bed-Stuy brownstone apartment, artist Atiya Jones finds herself “influenced by all that stuff she thought she wasn’t paying attention to in biology and chemistry class.” 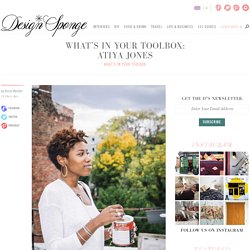 Creating organic-seeming yet orderly patterns in so many aesthetic mediums, Atiya makes her mark “on surfaces from tabletops, paper, construction panels, glass, and textiles.” Her drawings feel like soft mazes, taking cues from the intricate veining structures of leaves and plants’ biological processes. “I’m attracted to the idea of making scientifically-informed work,” Atiya says. She is currently completing a well-documented artist residency at The Yards in Rochester, NY and is anticipating another with Have Company in Grand Rapids, MI in March. 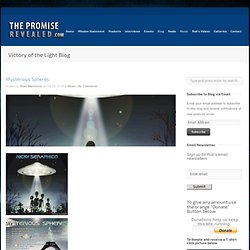 (Written By Rique Seraphico). Amigos & amigas, I am currently making available a virtual download link to my 2002 award winning “CD, entitled “Mysterious Spheres“. The CD comprises of 12 Instrumental tracks (I am adding a bonus track + CD covers and poster pictures). I believe this to be my finest music ever, in a career that stretches 4 decades now. Below you can find an MP3 medley I have put together showcasing the CD’s music (available on the download as a bonus track), as well as a feel reviews the CD received at the time it was launched over a decade ago. Mysterious Spheres – CD Sample: To listen a sample (medley) of some of the tracks featured on my CD, “Mysterious Spheres”, please click on the links below. 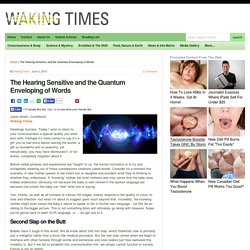 Today I wish to return to your consciousness a special quality you were born with. Perhaps it’s more correct to say it’s a gift you’ve had since before leaving the womb, a gift so wonderful and so powerful, yet inexplicably, you may have dismissed it -or far worse, completely forgotten about it. Before verbal phrases and expressions are “taught” to us, the human inclination is to try and extrapolate meaning out of those cumbersome creations called words.

Consider for a moment this scenario; A new mother speaks to her infant son or daughter and wonders what they’re thinking or whether they understand. Yes, infants, as well as all humans at various life stages, keenly respond to the quality of voice, to tone and inflection -but what I’m about to suggest goes much beyond that. Second Slap on the Butt Babies have it tough in this world. Tone, Inflection and Projection (TIP) EQ SESSION - VOL. 52 FLORENCE AND THE MACHINE by eqsessions. Clams Casino - I'm God. 1983 Springar K _ Rudi.mp3 - Institutt for musikkvitenskap. Nunavut (Kronos Quartet and Tanya Tagaq) The Promise Revealed » Ryan Marchand – Live-Looping Arranger / Songwriter. Ryan Marchand is a songwriter and live-looping artist who has recorded and produced 10 albums of original music. 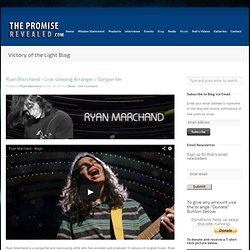 Ryan has been on the road a total of 10 years supporting his music touring North America, Europe and Egypt. He has a tireless energy for creating and playing music that especially shows in his live performances. Using live-looping Ryan creates up-beat pop songs with a positive message layered with beat-box percussion, vocal harmonies, and soaring guitar solos all before your ears and eyes. His latest album ‘The Magic’ was released July 4th, 2014 and contains his original looping material. Shri Rudram, an ancient Vedic Hymn by Music for Deep Meditation. Den 25. – 27. september vil vi lokke og samle folkemusikknorge til Oslo og årets Folkelarm. Sonic Ashram - James Hood. Perry Como - Accentuate the Positive. 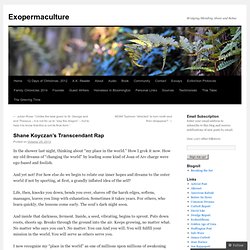 How I grok it now. How my old dreams of “changing the world” by leading some kind of Joan of Arc charge were ego-based and foolish. And yet not! For how else do we begin to relate our inner hopes and dreams to the outer world if not by sporting, at first, a grandly inflated idea of the self? Life, then, knocks you down, bends you over, shaves off the harsh edges, softens, massages, leaves you limp with exhaustion. And inside that darkness, ferment. I now recognize my “place in the world” as one of millions upon millions of awakening beings all expressing/gifting their own unique selves as fully as possible into their own personal spheres, large or small. Every point in the universe reflects the whole — and when penetrated, opens space! Every word, every thought, every breath reverberates everywhere! So live now. Gabrielle Roth.

Desire to inspire - kim's page. Last Friday my husband and I had a little dinner date at Absinthe, a restaurant in Hintonburg on Wellington St. 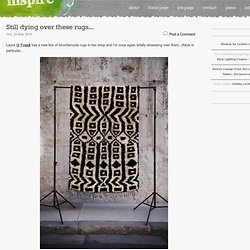 A Gamma-Ray Burst as Music. Want to stay on top of all the space news? 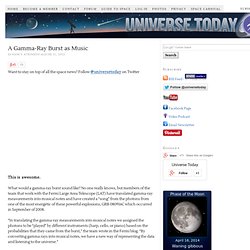 Follow @universetoday on Twitter This is awesome. What would a gamma-ray burst sound like? No one really knows, but members of the team that work with the Fermi Large Area Telescope (LAT) have translated gamma-ray measurements into musical notes and have created a “song” from the photons from one of the most energetic of these powerful explosions, GRB 080916C which occurred in September of 2008. “In translating the gamma-ray measurements into musical notes we assigned the photons to be “played” by different instruments (harp, cello, or piano) based on the probabilities that they came from the burst,” the team wrote in the Fermi blog. Brian Eno - An Ending (Ascent) Toumani Diabaté - The Mande Variations. INDIALUCIA india lucia music fusion flamenco. So Purkh by Nirinjan Kaur. David Darling - Ode [AUDIO] Azam Ali.