Fats. How Emulsification Works - Basic Cooking Techniques. Monsanto Desperate to Hide These New Food Safety Test Results. Anna Hunt, Staff WriterWaking Times Mainstream media is completely silent on this story, so it is up to you to share the findings of this important research with everyone you know. 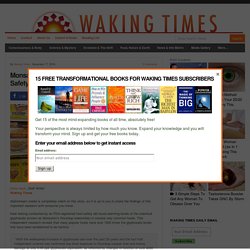 New testing conducted by an FDA-registered food safety lab found alarming levels of the chemical glyphosate (known as Monsanto’s Roundup weed-killer) in several very common foods. This independent research reveals that many popular foods have over 1000 times the glyphosate levels that have been established to be harmful. “With the widespread increase in glyphosate use over the past 20 years and the fact that independent science has confirmed low level exposure to Roundup causes liver and kidney damage at only 0.05 ppb glyphosate equivalent, as reflected by changes in function of over 4000 genes, the American public should be concerned about glyphosate residues on their food.Additional research points to harmful impacts at levels between 10 ppb and 700 ppb. 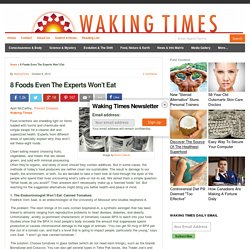 Experts from different areas of specialty explain why they won’t eat these eight foods. Blog - Page 2 of 26 - Food Savvy with Krista Butler. Yesterday morning at a local cafe, my friend Paula and I witnessed something that would change the life of two people forever. 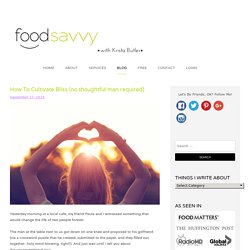 The man at the table next to us got down on one knee and proposed to his girlfriend (via a crossword puzzle that he created, submitted to the paper, and they filled out together- holy mind-blowing, right?). And just wait until I tell you about the unconventional ring… Both Paula and I teared up immediately (teared up = holding back uncontrollable sobs of joy). The energy was just so pure. Here's Why Nutritional Yeast Is The Magical Ingredient You Didn't Know You Needed. Chances are you have at least one friend who is vegan, because, really, who doesn't these days? 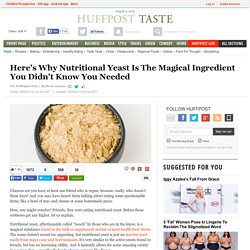 And you may have heard them talking about eating some questionable items, like a bowl of mac and cheese or some homemade pizza. How, you might wonder? Friends, they were eating nutritional yeast. Building Sacred Relationships with Food: Seasonal Food Rituals, Agricultural Blessings, Prayers, and Honoring Our Food. Modern culture prevents many of us from engaging in a critical part of our human heritage—developing a sacred relationship with food. 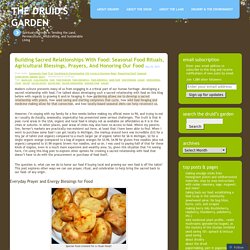 I’ve talked about developing such a sacred relationship with food on this blog before with regards to growing it and/or foraging it—how gardening allows me to develop a sacred relationship with plants, how seed saving and starting completes that cycle, how wild food foraging and medicine making allow for that connection, and how locally-based seasonal diets can help reconnect us. However, I’m staying with my family for a few weeks before making my official move to PA, and trying to eat as I usually do (locally, seasonally, organically) has presented some serious challenges.

The truth is that in poor, rural areas in the USA, organic and local food is simply not as available (or affordable) as it is in the cities or suburbs. In other places, poor areas of cities may also have no access to food. Everyday Prayer and Energy Blessings for Food. Eating for Happiness. How to Keep Berries Fresh for Longer. Amazing Food Science Discovery: Edible Plants 'Talk' To Animal Cells, Promote Healing. 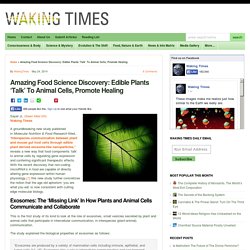 With the recent discovery that non-coding microRNA’s in food are capable of directly altering gene expression within human physiology,[1] this new study further concretizes the notion that the age old aphorism ‘you are what you eat’ is now consistent with cutting edge molecular biology. Exosomes: The ‘Missing Link’ In How Plants and Animal Cells Communicate and Collaborate This is the first study of its kind to look at the role of exosomes, small vesicles secreted by plant and animal cells that participate in intercellular communication, in interspecies (plant-animal) communication.

The New Study. Tidbits. Outsmart Your Allergies. Allergies can be miserable. 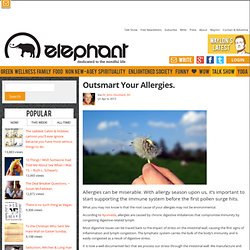 With allergy season upon us, it’s important to start supporting the immune system before the first pollen surge hits. What you may not know is that the root cause of your allergies may not be environmental. According to Ayurveda, allergies are caused by chronic digestive imbalances that compromise immunity by congesting digestive-related lymph. Your Liver: Understanding The Keys To Health. You can’t live without it — not even when hooked up to the most amazing machines doctors and scientists have ever created. 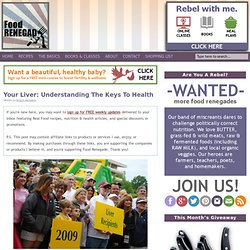 If your liver fails and you don’t receive a transplant, you die. Among its most important jobs, the liver works in conjunction with your digestive system to help properly digest all three primary macro-nutrients: fats, proteins, and carbohydrates. Little Known Secrets Of The Healthiest Diet In The World. The Japanese diet is the healthiest diet in the world. 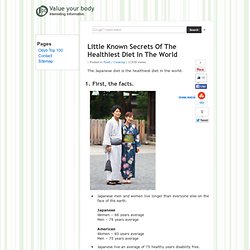