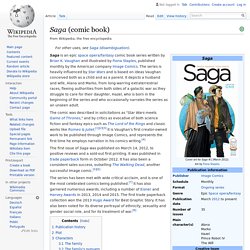 Vaughan and illustrated by Fiona Staples, published monthly by the American company Image Comics. The series is heavily influenced by Star Wars and is based on ideas Vaughan conceived both as a child and as a parent. It depicts a husband and wife, Alana and Marko, from long-warring extraterrestrial races, fleeing authorities from both sides of a galactic war as they struggle to care for their daughter, Hazel, who is born in the beginning of the series and who occasionally narrates the series as an unseen adult. One of the two panels in issue 12 for which Comixology initially prohibited sale of that issue through iOS because of sexual content. Note the image on the screen. At left, series creator Brian K. Robert Kirkman. Outcast (trademarked as Outcast by Kirkman and Azaceta)[1] is an ongoing American comic book series created by writer Robert Kirkman and artist Paul Azaceta. 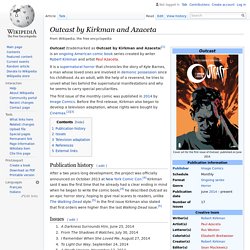 It is a supernatural horror that chronicles the story of Kyle Barnes, a man whose loved ones are involved in demonic possession since his childhood. As an adult, with the help of a reverend, he tries to unveil what lies behind the supernatural manifestations and why he seems to carry special peculiarities. The first issue of the monthly comic was published in 2014 by Image Comics. Before the first release, Kirkman also began to develop a television adaptation, whose rights were bought by Cinemax.[2][3] Publication history[edit] The Walking Dead. Volume 2: Miles Behind Us (Issues 7–12) Rick becomes the group's leader. 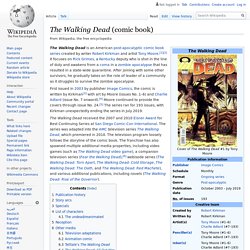 He and the remaining survivors leave Atlanta and travel across hostile territory in search of a safer refuge. The group meets Tyreese, his daughter and her boyfriend. Everyone takes shelter at Wiltshire Estates, a gated community, but are forced to leave when they stumble upon its zombie infestation. The group eventually finds shelter at a small farm after Carl is shot. Jonathan Hickman. East of West is a monthly comic book series published by Image Comics which debuted in March 2013. 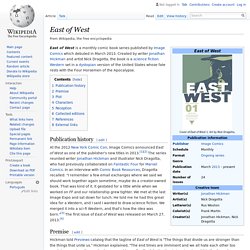 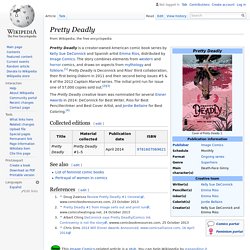 The story combines elements from western and horror comics, and draws on aspects from mythology and folklore.[1] Pretty Deadly is Deconnick and Ríos' third collaboration, their first being Osborn in 2011 and their second being issues #5 & 6 of the 2012 Captain Marvel series. The initial print run for issue one of 57,000 copies sold out.[2][3] Brian K. Vaughan. Joe Keatinge. Rick Remender. Black Science. Grant McKay, former member of The Anarchistic Order of Scientists, has finally done the impossible: He has deciphered Black Science and punched through the barriers of reality. 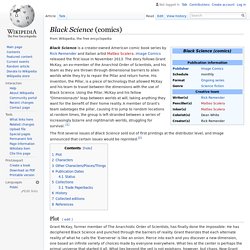 Grant theorizes that each alternate reality of what he calls the 'Eververse' is like an onion. Pierce into each and you discover a new dimension, one based an infinite variety of choices made by everyone everywhere. What lies at the center is perhaps the primal universe that started it all. What lies beyond the veil is not epiphany, however, but chaos. Now Grant and his team are lost; living ghosts shipwrecked on an infinite ocean of alien worlds, barreling through the long-forgotten, ancient, and unimaginable dark realms. Run-amok reality! Rick Remender & Jerome Opeña. Rick Remender & Wes Craig. It's 1987. 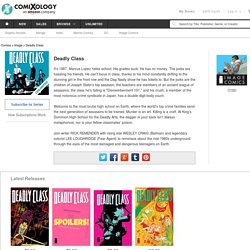 Marcus Lopez hates school. His grades suck. He has no money. The jocks are hassling his friends. He can't focus in class, thanks to his mind constantly drifting to the stunning girl in the front row and the Dag Nasty show he has tickets to. Copperhead. Copperhead is a Space Western comic book series written by Jay Faerber and illustrated by Scott Godlewski, published monthly by American company Image Comics. 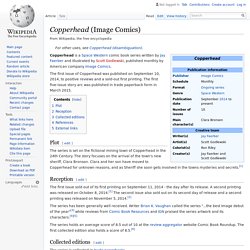 The first issue of Copperhead was published on September 10, 2014, to positive reviews and a sold-out first printing. The first five-issue story arc was published in trade paperback form in March 2015. Matt Kindt And Tyler Jenkins. The Autumnlands. When you look at the sheer range and number of original stories being told in comics form today, it’s hard to imagine a better time to be a comics reader. 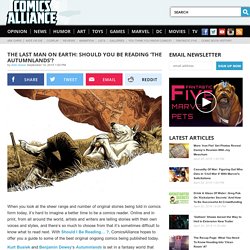 Online and in print, from all around the world, artists and writers are telling stories with their own voices and styles, and there’s so much to choose from that it’s sometimes difficult to know what to read next. With Should I Be Reading… ? , ComicsAlliance hopes to offer you a guide to some of the best original ongoing comics being published today. Kurt Busiek and Benjamin Dewey‘s Autumnlands is set in a fantasy world that may or may not be the far-off future. Magic is dying, and the humanoid animal members of a highly hierarchical society devise a last-minute plan to bring the savior and progenitor of their world to their present day. Autumnlands is a tale about expectations and the unchanging nature of humanity — even when the humanity in question is less human than bestial.

It is written by Matt Fraction and illustrated by Chip Zdarsky. The first issue was published September 25, 2013[2] and the series received positive reviews. Sex Criminals was nominated for two Eisner Awards in 2014 including Best Continuing Series and won Best New Series.[3] On February 25, 2015, it was announced that Matt Fraction made a deal with Universal TV to turn Sex Criminals into a television show.[4] Synopsis[edit] Suzie, a librarian, and Jon, an actor, meet at a party and, after sleeping together, they discover that they share the ability to freeze time when they orgasm.

Publication history[edit] Matt Fraction. ODY-C is an ongoing American comic book created by writer Matt Fraction and artist Christian Ward.[1] The series is a science fictional and gender-bent re-imagination of Homer's Odyssey. The first issue was published in November 2014 by Image Comics. Synopsis[edit] The narrative follows Odyssia's adventures as she travels home after an intergalactic war with Troiia. Odyssia is the equivalent of Homer's main character Odysseus; Troiia stands for Troy and Ithicaa for Odysseus' native island, Ithaca.

Kurtis J Wiebe. Skullkickers. Chip Zdarsky. Mark Russell & Steve Pugh. Ivan Brandon. Jeff Lemire. A few years back, Jeff Lemire nearly fell from the stage during a DC Comics panel at Emerald City Comicon. Dustin Nguyen caught him -- or as Lemire tells it, "saved his life" -- and next year, the two superstars will team on a new science fiction series from Image Comics called "Descender. " No doubt, there were a few more steps along the way, but it looks like Lemire's misstep led to what now becomes one of the most hotly anticipated books of 2015. Emma Rios. Brian Wood & Dave McCaig. Eric Stephenson & Jordie Bellaire. Joe Keatinge & Nick Barber.