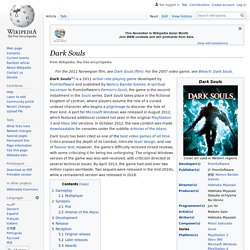 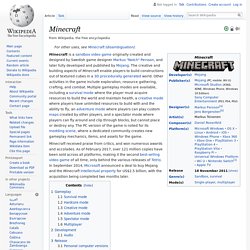 As of February 2017[update], over 121 million copies have been sold across all platforms, making it the second best-selling video game of all time, only behind the various releases of Tetris. In September 2014, Microsoft announced a deal to buy Mojang and the Minecraft intellectual property for US$2.5 billion, with the acquisition being completed two months later. Gameplay. The Witcher 2: Assassins of Kings. The Witcher 2: Assassins of Kings (Polish: Wiedźmin 2: Zabójcy królów) is an action role-playing hack and slash video game developed by CD Projekt RED for Microsoft Windows, Xbox 360, OS X, and Linux.[9] The game was released for Microsoft Windows on 17 May 2011, for Xbox 360 on 17 April 2012, for OS X on 18 October 2012, and for Linux on 22 May 2014. 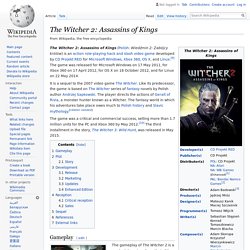 The game was a critical and commercial success, selling more than 1.7 million units for the PC and Xbox 360 by May 2012.[10] The third installment in the story, The Witcher 3: Wild Hunt, was released in May 2015. Gameplay[edit] Uncharted 3: Drake's Deception. Uncharted 3: Drake's Deception is a 2011 action-adventure third-person shooter platform video game developed by Naughty Dog, with a story written by script-writer Amy Hennig. 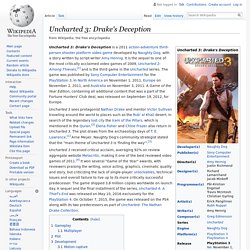 It is the sequel to one of the most critically acclaimed video games of 2009, Uncharted 2: Among Thieves,[1] and is the third game in the Uncharted series. The game was published by Sony Computer Entertainment for the PlayStation 3, in North America on November 1, 2011, Europe on November 2, 2011, and Australia on November 3, 2011. A Game of the Year Edition, containing all additional content that was a part of the Fortune Hunters' Club deal, was released on September 19, 2012, for Europe.

Gameplay[edit] The player can direct Drake to take cover behind corners or low walls using either aimed or blind-fire to kill his enemies. Multiplayer[edit] Similar to Uncharted 2: Among Thieves, Uncharted 3 includes a separate multiplayer component with network play, featuring competitive and cooperative modes of play. Plot[edit] L.A. Noire. L.A. 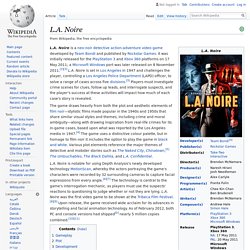 Noire is a neo-noir detective action-adventure video game developed by Team Bondi and published by Rockstar Games. It was initially released for the PlayStation 3 and Xbox 360 platforms on 17 May 2011; a Microsoft Windows port was later released on 8 November 2011.[2][3] L.A. Noire is set in Los Angeles in 1947 and challenges the player, controlling a Los Angeles Police Department (LAPD) officer, to solve a range of cases across five divisions.[3] Players must investigate crime scenes for clues, follow up leads, and interrogate suspects, and the player's success at these activities will impact how much of each case's story is revealed. L.A. Gameplay[edit] L.A. Star Wars: The Old Republic. Star Wars: The Old Republic is a massively multiplayer online role-playing game (MMORPG) based in the Star Wars universe.[3][4] Developed by BioWare Austin and a supplemental team at BioWare Edmonton, the game was announced on October 21, 2008.[5] The video game was released for the Microsoft Windows platform on December 20, 2011 in North America and part of Europe.[6][7][8][9] Early access to the game began one week before release, on December 13, 2011, for those who had pre-ordered the game online; access opened in "waves" based on pre-order date.[9] This story takes place in the Star Wars fictional universe shortly after the establishment of a tenuous peace between the re-emergent Sith Empire and the Galactic Republic. 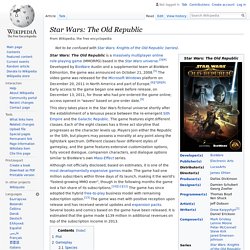 The game features eight different classes. Each of the eight classes has a three act storyline that progresses as the character levels up. Dragon Age II. Dragon Age II is an action role-playing video game developed by BioWare and published by Electronic Arts for Microsoft Windows, PlayStation 3, Xbox 360 and OS X. 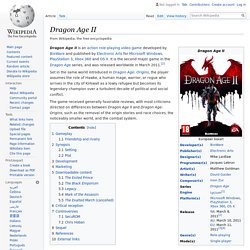 It is the second major game in the Dragon Age series, and was released worldwide in March 2011.[2] Set in the same world introduced in Dragon Age: Origins, the player assumes the role of Hawke, a human mage, warrior, or rogue who arrives in the city of Kirkwall as a lowly refugee but becomes its legendary champion over a turbulent decade of political and social conflict. The game received generally favorable reviews, with most criticisms directed on differences between Dragon Age II and Dragon Age: Origins, such as the removal of the origin stories and race choices, the noticeably smaller world, and the combat system. Gameplay[edit] The party is standing in the Gallows courtyard. Dragon Age II is an action role-playing game. The player is not only in control of Hawke. The Elder Scrolls V: Skyrim. The Elder Scrolls V: Skyrim is an open world action role-playing video game developed by Bethesda Game Studios and published by Bethesda Softworks. 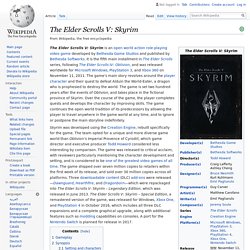 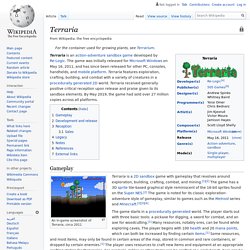 The game was initially released for Microsoft Windows in May 2011, and has since been released for various other platforms and devices. Gameplay of Terraria features exploration, crafting, building, and combat with a variety of creatures in a procedurally generated 2D world. Terraria received generally positive critical reception upon release, with direct comparisons to Minecraft and praise given to its sandbox elements. By February 2017, the game had sold over 20 million copies across every platform. Gameplay An in-game screenshot of Terraria, circa 2011 By completing specific goals (such as defeating a boss or obtaining a gun), players can attract non-player characters (NPCs) to occupy structures or rooms they have built, such as a merchant, nurse, or wizard.[1] Some NPCs can be acquired by finding them throughout the world and will then reside in the player's house.

Development and release Reception Sales Sequels. Portal 2. Although some reviewers initially expressed concerns about the difficulty of expanding Portal into a full sequel, Portal 2 received universal acclaim upon its release, with the game's writing, pacing, and dark humor being highlighted as stand-out elements. 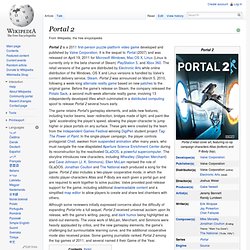 The voice work of McLain, Merchant, and Simmons were heavily applauded by critics, and the new gameplay elements, the game's challenging but surmountable learning curve, and the additional cooperative mode also received praise. Some gaming journalists ranked Portal 2 among the top games of 2011, and several named it their Game of the Year. Gameplay[edit] Portal 2 challenges players to use teleportation to traverse obstacle courses. Momentum does not change upon passing through the portal, converting the vertical momentum of the fall into horizontal momentum.