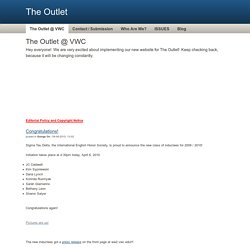 We are very excited about implementing our new website for The Outlet! Keep checking back, because it will be changing constantly. Congratulations! Posted in Goings On - 04-06-2010, 13:02 Sigma Tau Delta, the International English Honor Society, is proud to announce the new class of inductees for 2009 / 2010! Initiation takes place at 4:30pm today, April 6, 2010. JC CaldwellKim SypniewskiDana LynchKorinda RusinyakSarah GiamarinoBethany LeonSharon Salyer Congratulations again! Pictures are up! The new inductees got a press release on the front page at ww2.vwc.edu!!!

» view or post reactions Check Us Out on F/B posted in Goings On - 04-05-2010, 12:50 Check out, join, and fan us on f/b! » view or post reactions Readings on Campus posted in Goings On - 04-05-2010, 01:11 Two weeks ago, VWC hosted former Virginia Poet Laureate (2006-2008) Dr. Dr. Our own Professor Vivian Teter also participated in the reading, offering her own poems as well poems written by women poets. Vol.1 - Pietro Citati racconta Omero e la nascita della letteratura occidentale. 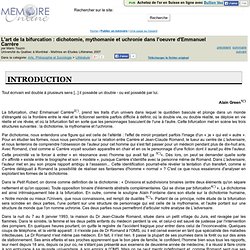 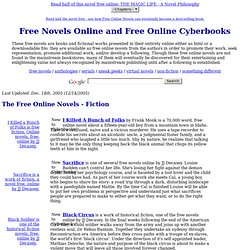 These free novels are books and fictional works presented in their entirety online either as html or a downloadable file; they are available as free online novels from the authors in order to promote their work, seek representation, promote additional work, and/or develop a following. Though these free online novels are not found in the mainstream bookstores, many of them will eventually be discovered for their entertaining and enlightening value not always recognized by mainstream publishing until after a following is established. free novels / anthologies / serials / sneak peeks / virtual novels / non-fiction / something different. 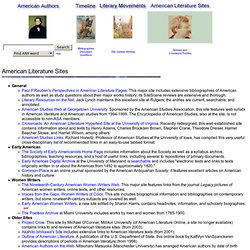 This major site includes extensive bibliographies of American authors as well as study questions about their major works.history; its SiteScene reviews are extensive and thorough. Literary Resources on the Net. Jack Lynch maintains this excellent site at Rutgers; the entries are current, searchable, and annotated. American Studies Web at Georgetown University. General Literature Sites Victorian Web. Books Online Note: Because of copyright restrictions, only works published prior to 1923 and those made available by the copyright holder are available for free online. Google Books. Nineteenth-Century Periodicals and Primary Sources Cornell University's Making of America site is an extensive, searchable collection of major periodicals of the nineteenth century. It is linked to course pages and bibliographies as well as to a set of more general linked resources: pages on American authors, literary movements, and American literature sites. Each author page contains a picture (if available), a bibliography (if available), links to major sites about the author, and links to works online. The Short Story Library - American Literature.