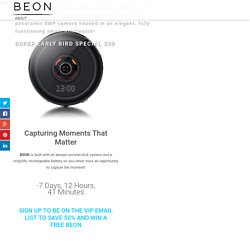 Not Just a Camera! Beon isn’t just a camera, it functions as a timepiece and notification screen for your mobile phone! Time Lapse. SELFLY Camera: The smart, flying, phone case camera by SELFLY Camera. Risks and challenges SELFLY is based on existing technology, making the developmental risks low. 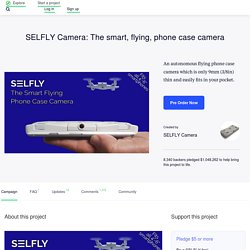 Our experienced team has already developed a few working prototypes, which have been tested and perform well, providing us with feasibility of the product. This gives us confidence in SELFLY and its development. Mini drones have become quite popular in recent years, and SELFLY is a very simple one, so the technological challenge isn’t high. Since it uses existing technology in order to enable a new kind of mini drone use, compacting it into a phone case is possible to implement - we've done it! We do not aim to replace, nor compete with large and complex drones. SELFLY’s main clip shows the target of the final product. Learn about accountability on Kickstarter.

Website-4. M3D Pro: Feature-Packed 3D Printer for Improved Reliability by M3D LLC. Risks and challenges All of the major project steps are charted in detail above so that you can honestly see where our status is at today and hold us accountable. 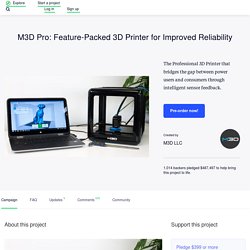 Of course, nothing can be guaranteed 100% but we can definitely say that with our experience we see a very low chance of any major delays in our plan moving forwards. Nevertheless, we’ll go into some of those possibilities and their effects on our timeline here. Electronics/Firmware Sometimes sensor integration seems really simple and has been tested on the small scale - but won’t scale up readily. Often a simple setting can be missed in a sea of 1000's of settings that can take some digging to find. Large Mold Production Our mold for the box frame is a bit on the large side. Branto. Wave - Touchjet. Anonymous and ad-free surfing on all your devices plug-n-play. NextDrive. Solar Paper - YOLK. 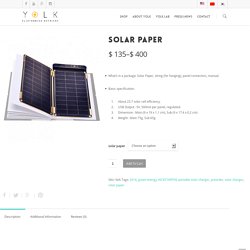 Solar Paper measures just 9 x 19 x 1.1 cm when folded, and each panel weighs only 65~75 (2.5 oz). Watt-for-watt, it is 70 percent smaller and lighter than our closest competitor. Most importantly, Solar Paper is just 1.1 cm deep, at its thickest point, compared to 3.8 cm for our competitor, easy to carry it! Water resistant. The solar panel of Solar Paper are is water resistant.

Amount of solar power through LCD. For Solar Paper, we’ve included an LCD amp meter that shows exactly how much current is flowing from the charger to your device at any time. Convenient Auto reset. Unlike other simple devices with a battery, smart devices like smart-phones and tablets would not accept low current caused by insufficient sunlight. We wanted to make Solar Paper as easy as possible for anyone to use, so we have integrated ‘auto-comparison technology’ into the charger, to make it automatically resume powering your devices, after the sun starts soaking it again. The Artiphon INSTRUMENT 1 (White) Batband® Sleek Ear-Free Headphones – BATBAND®

Turn the Crank and Watch This Mechanical Camping Scene Come to Life. Today, robotics are usually based on servos, steppers, and other electrical gadgets, but before people had access to this type of technology, simple “robots” could be made by translating movement from a rotating shaft into other motions. 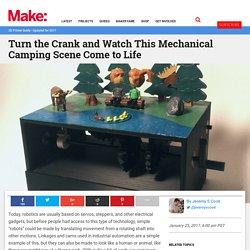 How the FAA's Drone Regulations Could Hamper Pros and Journalists. The Locomotives on Roads Act was an 1865 British law that required a motorized vehicle to be preceded by a man on foot holding a red flag to warn the public. 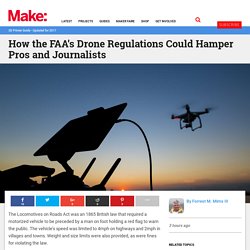 The vehicle’s speed was limited to 4mph on highways and 2mph in villages and towns. Weight and size limits were also provided, as were fines for violating the law. If this sound familiar, you must be an Unmanned Aerial System (UAS or drone) pilot, for some of the rules we must follow are reminiscent of the infamous Red Flag Law. For example, if a drone weighs more than 0.55 pounds, it must be registered with the Federal Aviation Administration (FAA). The Power of Circuits #sciencegoals. The Blobz Guide to Electric Circuits. Sophia - Hanson Robotics Ltd. Sophia is Hanson Robotics’ latest and most advanced robot to date and a cultural icon. 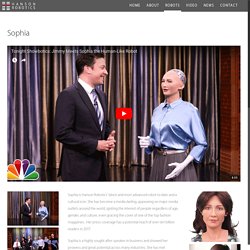 She has become a media darling, appearing on major media outlets around the world, igniting the interest of people regardless of age, gender, and culture, even gracing the cover of one of the top fashion magazines. Her press coverage has a potential reach of over ten billion readers in 2017. Could you fall in love with this robot?

"Our goal is that she will be as conscious, creative and capable as any human," said Hanson. 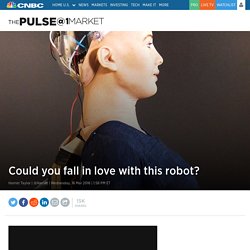 "We are designing these robots to serve in health care, therapy, education and customer service applications. " Hanson said that one day robots will be indistinguishable from humans.