16 Hilarious Memes About the Importance of Grammar and Punctuation. – The Language Nerds. People Who Are Always Late Are More Successful And Live Longer, Says Science – Nikola Tesla Fans. They are wired to be more optimistic and less stressed You’re thinking of someone, aren’t you? 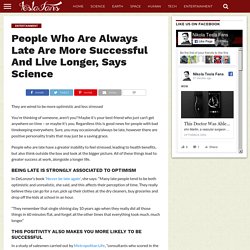 Maybe it’s your best friend who just can’t get anywhere on time – or maybe it’s you. Regardless this is good news for people with bad timekeeping everywhere. Sure, you may occasionally/always be late, however there are positive personality traits that may just be a saving grace. People who are late have a greater inability to feel stressed, leading to health benefits, but also think outside the box and look at the bigger picture.

Being late is strongly associated to optimism. How 7 things that have nothing to do with rape perfectly illustrate the concept of consent. 10 Google Search Tips for Students. Woman Realizes She’s Been Accidentally Abusing Her Husband. This is an honest, open story from a young woman about her marriage. 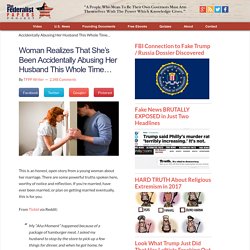 There are some powerful truths spoken here, worthy of notice and reflection. If you’re married, have ever been married, or plan on getting married eventually, this is for you. From Tickld via Reddit: My “Aha Moment” happened because of a package of hamburger meat. I asked my husband to stop by the store to pick up a few things for dinner, and when he got home, he plopped the bag on the counter. I got left at the altar: turning heartbreak into artwork. When I met my fiancé in the beginning of 2011 we were both athletes at the same university in Tennessee. 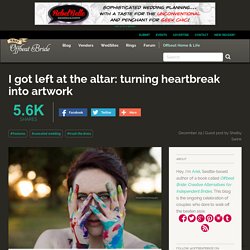 We started dating soon after that and hit it off very quickly. Our relationship was put to the test in 2012 when he moved back to his hometown in Florida, and I stayed in Tennessee to finish school. After a year of long distance, he surprised me and decided to move to Memphis, my hometown, to be with me. By December 2013 we moved in together and were doing great. So great, that we got engaged in March and started planning our wedding for November. I poured my heart and soul into the wedding plans to try and make it the best day it could be. Five days before the wedding the unexpected happened. 7 Habits of Chronically Unhappy People. I often teach about happiness and what has become exceedingly clear is this: There are seven qualities chronically unhappy people have mastered. 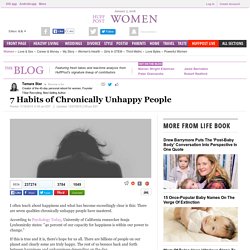 Gate A-4 – Live & Learn. Gate A-4 By Naomi Shihab Nye: Wandering around the Albuquerque Airport Terminal, after learning my flight had been delayed four hours, I heard an announcement: “If anyone in the vicinity of Gate A-4 understands any Arabic, please come to the gate immediately.” 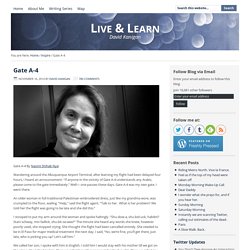 Well— one pauses these days. How not to say the wrong thing. (Illustration by Wes Bausmith…) When Susan had breast cancer, we heard a lot of lame remarks, but our favorite came from one of Susan's colleagues. 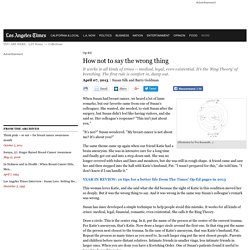 She wanted, she needed, to visit Susan after the surgery, but Susan didn't feel like having visitors, and she said so. Her colleague's response? "This isn't just about you. " "It's not? " Church Members Mistreat Homeless Man in Church Unaware It Is Their Pastor in Disguise. Pastor Jeremiah Steepek transformed himself into a homeless person and went to the 10,000 member church that he was to be introduced as the head pastor at that morning. 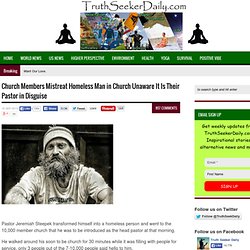 He walked around his soon to be church for 30 minutes while it was filling with people for service, only 3 people out of the 7-10,000 people said hello to him. He asked people for change to buy food – no one in the church gave him change. He went into the sanctuary to sit down in the front of the church and was asked by the ushers if he would please sit in the back. The Hard Part. They never tell you in teacher school, and it's rarely discussed elsewhere. 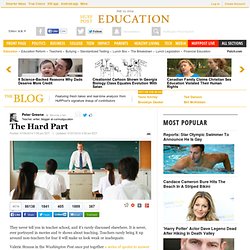 It is never, ever portrayed in movies and tv shows about teaching. Teachers rarely bring it up around non-teachers for fear it will make us look weak or inadequate. Valerie Strauss in the Washington Post once put together a series of quotes to answer the question "How hard is teaching? " The Hard Part  They never tell you in teacher school, and it’s rarely discussed elsewhere. 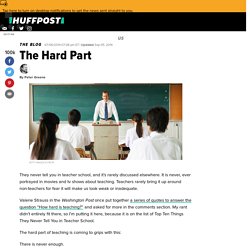 It is never, ever portrayed in movies and tv shows about teaching. Teachers rarely bring it up around non-teachers for fear it will make us look weak or inadequate. Valerie Strauss in the Washington Post once put together a series of quotes to answer the question “How hard is teaching?” And asked for more in the comments section. Hobby Lobby Invested In Numerous Abortion And Contraception Products While Claiming Religious Objection. The Inside Of This Billboard Will Astonish You. Now here's a good sign. 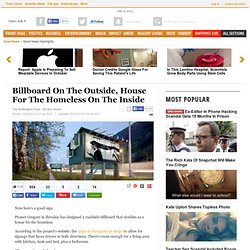 Project Gregory in Slovakia has designed a roadside billboard that doubles as a house for the homeless. According to the project's website, the space is triangular in shape to allow for signage that faces drivers in both directions. There's room enough for a living area with kitchen, desk and bed, plus a bathroom. (Story continues below.) Gregory Project concept envisions billboards to house the homeless. The Gregory Project, by DesignDevelop (Image: DesignDevelop) Image Gallery (16 images) In-Gods-Hands.