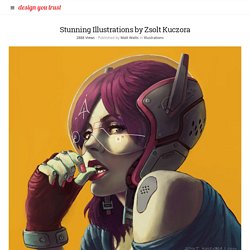 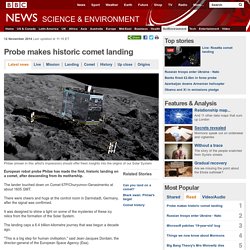 Chance to bury your DNA on the moon in a time capsule - space - 19 November 2014. Video: How DNA and data could be stored on the moon It's like something out of 2001: A Space Odyssey. 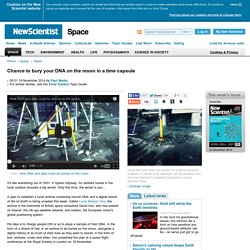 An artefact buried in the lunar surface conceals a big secret. Only this time, the secret is you… A plan to establish a lunar archive containing human DNA and a digital record of life on Earth is being unveiled this week. Called Lunar Mission One, the archive is the brainchild of British space consultant David Iron, who has worked on Skynet, the UK spy satellite network, and Galileo, the European Union's global positioning system. Alyssa Carson - Ambassadors - About Mars One. Watch 3D Printer-Bots Build the Moon Colony of 2050. According to the European Space Agency's newest video, humanity lunar future includes roving Roomba-esque 3D-printers and domed homes made of packed moon dust that will house four people in the ever-twilight of the Moon's South Pole. 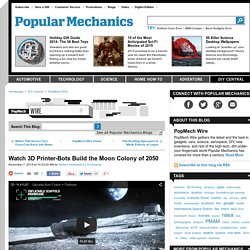 As awesome as this looks, this video is admittedly government-sponsored science-fiction; it was produced by the British architectural firm Foster + Partners and based on the science they thought might be feasible for a 2050 mission. Building a space elevator starts with a lunar elevator by 2020. Launching deep space probes is great, but to really explore space and unlock its secrets, it sure would be helpful if getting there were as easy as pressing a button. 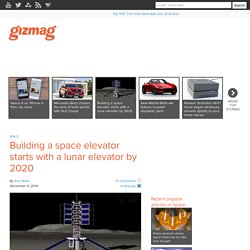 That's the vision of Liftport, which Gizmag first reported on back in 2012. Now, more than two years after Liftport raised over US$100,000 on Kickstarter, the team is sharing its progress towards creating an elevator from Earth to space, a journey that – interestingly enough – begins on the Moon. View all Building an Earth-to-orbit elevator is beyond tricky at the moment due to the relative abundance of gravity, weather and water around our planet.

Interstellar (2014) Synopsis - Plot Summary. A crew of astronauts embark on a mission to find a world where humanity can trive in a future where Earth can no longer sustain human life. 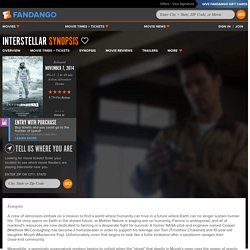 The story opens on Earth in the distant future, as Mother Nature is waging war on humanity. Famine is widespread, and all of mankind's resources are now dedicated to farming in a desperate fight for survival. Japan investing in robotic workforce to regain status as world's top manufacturer. By North Asia correspondent Matthew Carney Updated Once the undisputed world leader in robotic technology, Japan's supremacy in the field is being challenged by rival robot producing countries. 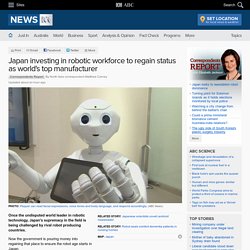 Now the government is pouring money into regaining that place to ensure the robot age starts in Japan. Pepper is the world's first emo robot and represents a huge leap in artificial intelligence. It can read facial expressions, voice tones and body language and then respond. At Omotosando, an upmarket shopping district in Tokyo, Pepper works in a mobile phone store doing market research. Wearable Technology That Feels Like Skin. Photo When it comes to the future of computing, there is one major known and a principal unknown. 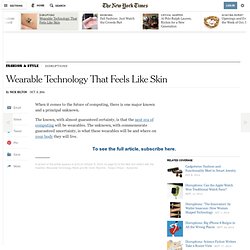 The known, with almost guaranteed certainty, is that the next era of computing will be wearables. The unknown, with commensurate guaranteed uncertainty, is what these wearables will be and where on your body they will live. Apple and Samsung, for example, are betting on the wrist; Google, the face. A slew of tech companies believe clothing will simply become electronic. Microsoft turns to robotic security guards to watch for trouble. OK, so the robot apocalypse probably won’t happen any time soon, but the new robot sentries guarding Microsoft’s Silicon Valley campus seem like something straight out of a futuristic sci-fi movie. 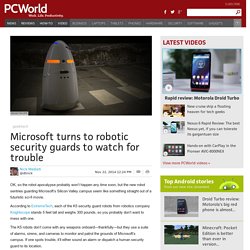 According to ExtremeTech, each of the K5 security guard robots from robotics company Knightscope stands 5 feet tall and weighs 300 pounds, so you probably don’t want to mess with one. The K5 robots don’t come with any weapons onboard—thankfully—but they use a suite of alarms, sirens, and cameras to monitor and patrol the grounds of Microsoft’s campus. If one spots trouble, it’ll either sound an alarm or dispatch a human security guard to its location. ExtremeTech notes that the K5 can run for up to 24 hours on a single charge, and can recharge in only about 20 minutes. Its battery won’t die out in the field, though—these bots will return to the charging station by themselves when their batteries start to run dry. 100 Imaginative “Cities of the Future” Artworks. What the future might hold has long been a topic of speculation for artists and creative types. 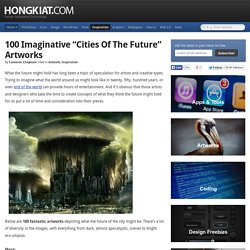 Trying to imagine what the world around us might look like in twenty, fifty, hundred years, or even end of the world can provide hours of entertainment.