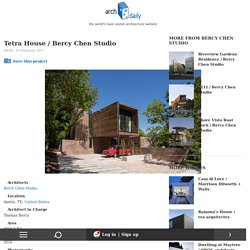 The Japanese House since 1945 at MAXXI Rome. Tracing the development of residential architecture in Japan since 1945, a new exhibition opening today at MAXXI in Rome brings together the projects by over 30 Japanese architects. 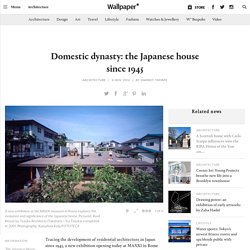 Alongside works by filmmakers and artists, ‘The Japanese House: Architecture & Life after 1945’ explores the relevance of the home to the cultural landscape of the nation and beyond. Unable to masterplan larger housing schemes due to the country's dire postwar economy, local architects defined the decades following 1945 in Japan by creating smaller, single dwellings that were built and demolished at equal rates. 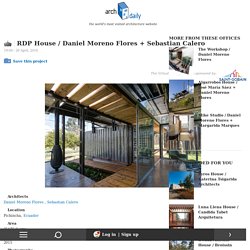 The projects in which we get involved come as an answer to the understanding of all parties and to the singularities of each particular environment. Our intention is not to look for predetermined solutions, so the ideas for this house are born from wishes, experiences and the clients’ ways of living.

The Language of Space: Steven Holl’s Ex of In House Is a Stunning Experiment in the Compression of Form. Architectural experimentation in built work is an ambition desired by many architects, but so often these attempts are naturally mediated by the expectation of clients, necessitating a certain level of restraint in developing projects. 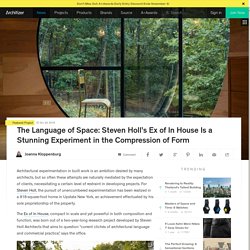 For Steven Holl, the pursuit of unencumbered experimentation has been realized in a 918-square-foot home in Upstate New York, an achievement effectuated by his sole proprietorship of the property. The Ex of In House, compact in scale and yet powerful in both composition and function, was born out of a two-year-long research project developed by Steven Holl Architects that aims to question “current clichés of architectural language and commercial practice,” says the office. 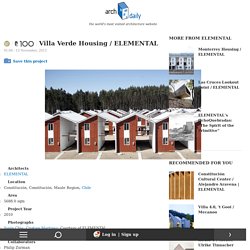 Arauco is a forestry company that called us in 2009 to develop a plan to support their workers in the process to have access to their definitive house. We were asked to develop a set of typologies within the current housing policy for Fondo Solidario de Vivienda I (FSV I, units up to 600 UF or US$25,000 without debt) and for FSV II (units up to 1,000 UF or US$40,000 with a bank loan). Haffenden House / PARA. Architects Location Syracuse, NY, United States Architect in Charge Jon Lott Project Team Jon Lott, Hilary Pinnington, Paul Kneeply Area 1125.0 ft2 Project Year 2014 Photographs Manufacturers Buddy Rhodes, Buffalo Felt, Rochester Insulated Glass, Sepp Leaf From the architect. 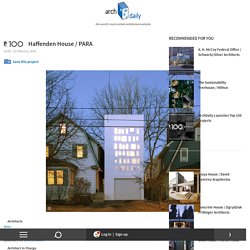 The Haffenden House is a writing studio with a garage/breezway at ground-level, library and writing space on the second level, and a curved/soft reading room on the third level. Saigon House / a21studio. Architects Location Ho Chi Minh City, Ho Chi Minh, Vietnam Area 3x15m Project Year 2015 Photographs From the architect. 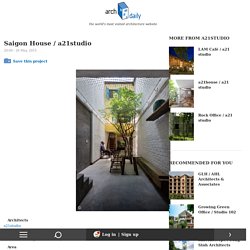 Saigon has altered beyond recognition, for us, it is hard to call a development, it is, actually, a sequence of destructions: a destruction of culture, architecture values… and especially, our beautiful memories of Saigon. Surreal in Spain: The Mesmerizing Housing Projects of Ricardo Bofill. When it comes to the work of Catalan architect Ricardo Bofill and his firm Ricardo Bofill Taller de Arquitectura (RBTA), selecting a single perspective — or even several — to portray a project becomes a near impossible task. 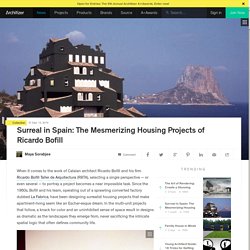 Since the 1960s, Bofill and his team, operating out of a sprawling converted factory dubbed La Fabrica, have been designing surrealist housing projects that make apartment-living seem like an Escher-esque dream. In the multi-unit projects that follow, a knack for color and an uninhibited sense of space result in designs as dramatic as the landscapes they emerge from, never sacrificing the intricate spatial logic that often defines community life. Turning the House Inside Out: A New Perspective on Residential Development. 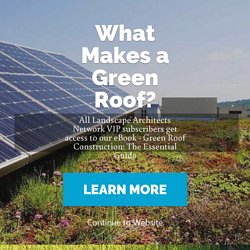 New housing developments around the world are becoming more sustainable, livable and innovative every day. The key to having a well-rounded project is in the marriage of the buildings and landscape into one continuous experience. People want to live in an area with access to and views of green space, and the field of landscape architecture is critical in designing this experience. However, we cannot do it alone.

A great example of the blending of views and access to green space is Funen Blok K in Amsterdam by NL Architects. Funen Blok K. Funen Blok K. CORDOBA MEDINA LENNY , Franchesco PULGARIN GARCIA. The museum Otraparte house in Envigado-Antioquia, serves the purpose of reflecting the life and work of Fernando Gonzales, who claimed that the company was looking for a personality and identity, so his thoughts were focused mainly towards the young, so, the project, taking advantage of its proximity to educational facilities looking to create a center that promotes the discovery of the vocation of the population supported the arts. 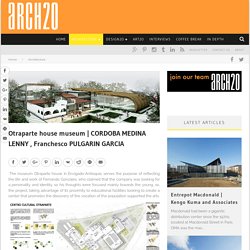 Courtesy of CORDOBA MEDINA LENNY , Franchesco PULGARIN GARCIA For the management of the overall volume, geometry means by which the house was built (now Heritage) and taking it as the starting point of the project. Today, the configuration of the house is accompanied by a close encounter the botanical field, as representative in the life of Fernando Gonzales; poetic project is present from the relationship between the four areas that represent your life: philosophy, politics and writing closely with botany.

Digital visualizer Alex Hogrefe is just such a person, and his latest project — the Cliff Retreat — takes architectural visualization to the next level. Add To Collection Save this image to a collection Embedded within the dramatic shoreline cliffs of Iceland, Hogrefe’s fictional dwelling celebrates the contrast between classic contemporary materials such as concrete and glass and the ancient, rocky shards of this volcanic landscape.

10 Things You Didn’t Know About Charles and Ray Eames. And while their work in furniture, filmmaking and exhibition design is well-documented, there’s even more to their restless creativity than you might imagine. Dwell spoke with Daniel Ostroff, film producer, design historian, and editor of the forthcoming An Eames Anthology: Articles, Film Scripts, Interviews, Letters, Notes and Speeches by Charles and Ray Eames (Yale University Press), and Eames Demetrios, artist, principal of Eames Office, and grandson of the famous couple, to uncover underappreciated and relatively unknown stories about the design icons. 2) They Were Great Friends with Billy Wilder “Charles used to say they learned more about architecture from watching a Billy Wilder film than talking to most architects,” says Eames Demetrios.