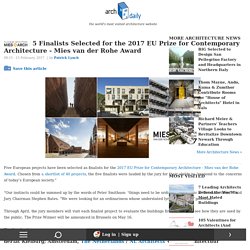 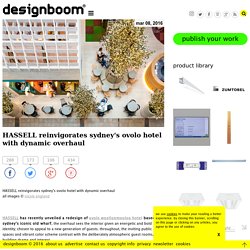 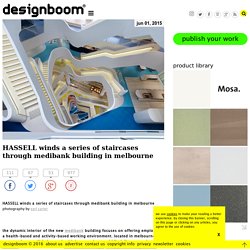 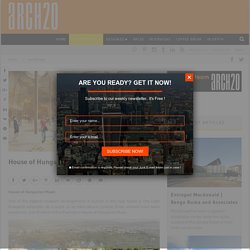 As a result of an international contest, three winners have been picked out, one of which is Sou Fujimoto’s House of Hungarian Music. Courtesy of Liget Budapest, Sou Fujimoto The project was selected via an anonymous competition process and the complex is planned to be opened to visitors in March 2018. The construction is scheduled to begin the next year. 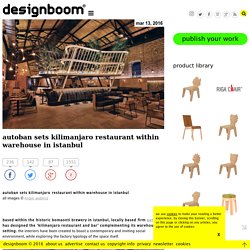 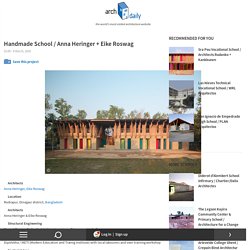 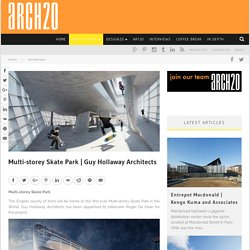 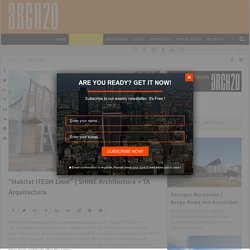 The new design proposal intends to innovative, aesthetics and life test for bioclimatic strategies. The proposal also feature different themes and analysis of sustainable design, just to accommodate to the hot dry climatic conditions in Leon. More from architects after the jump. Courtesy of SHINE Architecture. Tandanor Performing Arts Center. Sweeping forms and an attention to horizontality serve to create a potential new coastal landmark for Buenos Aires, Argentina in the proposed Tandanor Performing Arts Center by MONAD Studio. 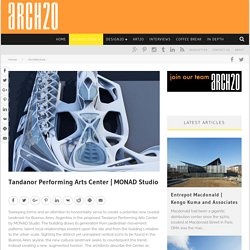 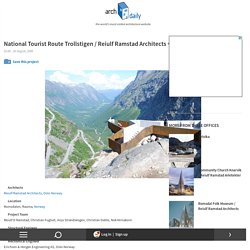 And, while every birthday is a special occasion, this year feels to us to be particularly special: in the past year we've achieved many milestones, including the launch of both ArchDaily China and ArchDaily Perú, a move to a new platform and a new design and so many other steps forward; at the same time, in the Pritzker Prize, the Venice Biennale, and other organizations around the world, we're seeing the acceptance of a type of architecture that has always been a key part of our mission statement. With those things in mind, now seems like a very good time to look back at how we got here - in particular, to look at some of the most notable architectural projects that have defined our time so far on the web. Poli House / Pezo Von Ellrichshausen Oslo Opera House / Snøhetta España Library / Giancarlo Mazzanti Selgas Cano Architecture Office / Selgas Cano.

Wallpaper. Sea Containers House was originally designed in 1974 as a waterfront hotel to boost tourism but instead functioned as offices for shipping company Sea Containers until 2007. Selgas Cano Architecture Office by Iwan Baan. Cádiz Castle Restoration: Interesting Interpretation or Harmful to Heritage? Cádiz Castle Restoration: Interesting Interpretation or Harmful to Heritage? In 2011, after the partial collapse of the Matrera Castle in Cádiz, Spain (dating back to the 9th century) the city decided to restore the remaining tower, with the aim of preventing its collapse and protecting the few elements that were still standing. The challenge fell into the hands of Spanish architect Carlos Quevedo Rojas, whose design received the approval of the Regional Government of Andalucía, in compliance with the Historical Heritage law 13/2007, which prohibits mimetic reconstructions and requires the use of materials that are distinct from the originals.

Tea House in Hutong / ARCHSTUDIO. Live Work Help. Multiple Concepts for the Skyscraper of the Future - Archpaper.com. New York Horizon by Yitan Sun, Jianshi Wu (via eVolo) Last week, architecture and design journal eVolo Magazine released the winning projects and renderings for its annual Skyscraper Competition. The proposals are all purely conceptual and idea-based; the competition is designed to “challenge the way we understand vertical architecture and its relationship with the natural and built environments,” writes eVolo.

A Look Back: 8 Years of Social and Urban Projects. Wallpaper. MVRDV replaces Chanel store's traditional facade with glass bricks that are "stronger than concrete" These Photographs Capture the Colorful Architecture of Europe’s Metro Stations. This Brooklyn Theater Renovation Shows You Don't Have to Choose Between Heritage and Sustainability. Unsangdong Architects. Synthetiques & minus Architecture Studio.