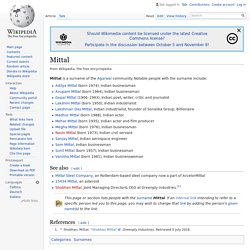 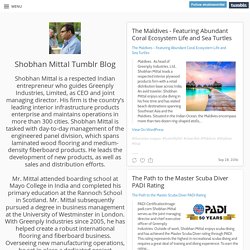 Having held this role for more than a decade, he oversees everything from new product development to sales functions. When not busy with work, Shobhan Mittal enjoys playing squash. Despite squash’s huge popularity around the world, the sport is still relatively little-played in North America; nonetheless, it is often regarded as one of the best sports for overall fitness. A good game of squash involves controlled swings and smooth movements. 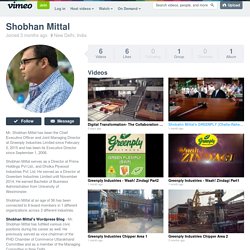 Shobhan Mittal has been the Chief Executive Officer and Joint Managing Director at Greenply Industries Limited since February 5, 2015 and has been its Executive Director since September 1, 2006. Shobhan Mittal serves as a Director at Prime Holdings Pvt Ltd., and Dholka Plywood Industries Pvt. Ltd. He served as a Director at Greenlam Industries Limited until November 2014. He earned Bachelor of Business Administration from University of Westminster. Shobhan Mittal. Capacity constraints to cap FY17 sales growth at 8-10%: Greenply. Greenply Industries ’ revenue growth in FY17 is likely to be restricted to 8-10 percent due to its fairly high capacity utilisation level, said Joint MD Shobhan Mittal in an interview to CNBC-TV18 after the company declared its fourth quarter earnings on Tuesday. 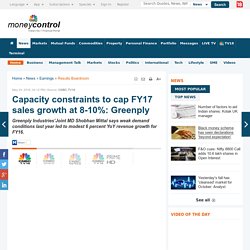 The company posted around 6 percent year-on-year (YoY) increase in total income to Rs 453 crore in the fourth quarter of FY16 with operating margin improvement of nearly 230 basis points to 14.9 percent in the same period. However, net profit declined 9 percent YoY to Rs 41.3 crore. On the modest 6-percent YoY growth in full year revenues, he said, the demand situation was weak during FY16. To launch natural veneer; targeting Rs 35cr rev: Greenply. In an interview with CNBC-TV18’s Mangalam Maloo and Reema Tendulkar, Shobhan Mittal - Joint Managing Director of Greenply Industries , said the company will launch a natural veneer, which should help the company earn total revenues of about Rs 35 crore in the next fiscal. 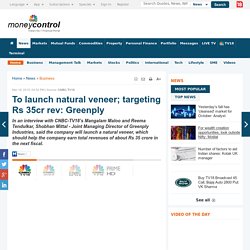 The company is also planning an additional 400 dealer appointments in the next two years, he said. “The idea is to reduce dependency on very large dealers and spread the sales through more numbers of dealers which would result in lesser discounts being passed on to big dealers and lesser under cutting.” Below is the transcript of the interview on CNBC-TV18. Prepared to push up existing capacity to 115%: Shobhan Mittal. In an interview with the CNBC-TV18, Greenply Industries’ Joint MD, Shobhan Mittal, revealed that the company has filed an application for anti-dumping duty probe in relation to imports of medium density fiberboard (MDF). 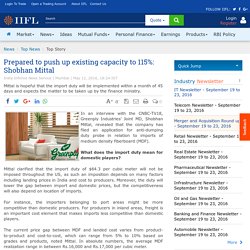 What does the import duty mean for domestic players? Mittal clarified that the import duty of $64.3 per cubic meter will not be imposed throughout the US, as such an imposition depends on many factors including landing prices in India and cost to producers. Moreover, the duty will lower the gap between import and domestic prices, but the competitiveness will also depend on location of imports. Greenply Inds expect 11-12% revenue growth in FY16: Shobhan Mittal. On Monday, Greenply Industries announced its Q4 results. 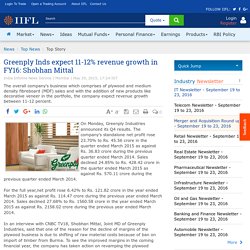 Greenply to add 500 new dealers in next 2 financial years: Shobhan Mittal. Greenply Industries, one of the leading players in interior infrastructure sector with a turnover of Rs. 2000 crore, is planning to launch a natural veneer in the coming financial year, according to media reports. 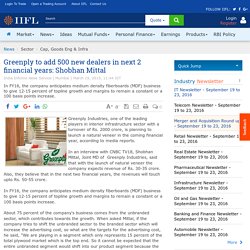 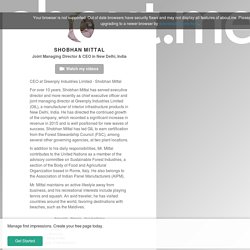 He has directed the continued growth of the company, which recorded a significant increase in revenue in 2015 and is well positioned for new waves of success.