911 Operator Takes Call From Terrified Teen And Hears Her Tapping On The Phone In Secret Code. 15-year-old Doyin was home alone when robbers broke into her house. 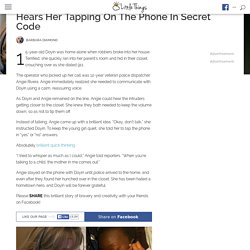 Terrified, she quickly ran into her parent’s room and hid in their closet, crouching over as she dialed 911. The operator who picked up her call was 12-year veteran police dispatcher Angie Rivera. Angie immediately realized she needed to communicate with Doyin using a calm, reassuring voice. As Doyin and Angie remained on the line, Angie could hear the intruders getting closer to the closet. She knew they both needed to keep the volume down, so as not to tip them off. Instead of talking, Angie came up with a brilliant idea. Absolutely brilliant quick thinking. Man Tracks Down People He Photographed in the Street 40 Years Ago to Recreate Their Pictures. In the late 1970s and 1980s, paramedic Chris Porsz spent hours walking around Peterborough, a city in eastern England, snapping the photos of the everyday passerby. 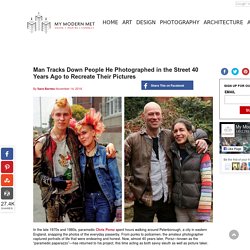 From punks to policemen, the amateur photographer captured portraits of life that were endearing and honest. Now, almost 40 years later, Porsz—known as the “paramedic paparazzo”—has returned to his project, this time acting as both savvy sleuth as well as picture taker. Porsz has dedicated the last seven years to tracking down his former subjects and convincing them to strike that same pose from so long ago. “I don’t think anyone else has tracked down so many strangers and recreated photos in this way before,” Porsz told Metro. It took “tenacious detective work, meticulous planning and, often, unbelievable coincidences,” but the results are a fascinating look at how people have changed—how they’ve grown up, split apart, and of course, changed their sense of style. Teen Boy Dies, But Then His Friends Tell Mom And Dad ‘There's A Video Online You Should See’ On August 8, 1993, Shawn and Deanne Breedlove gave birth to their baby boy, Ben. 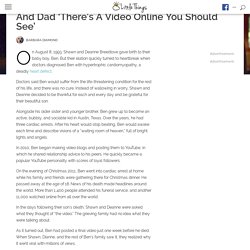 But their elation quickly turned to heartbreak when doctors diagnosed Ben with hypertrophic cardiomyopathy, a deadly heart defect. Doctors said Ben would suffer from the life-threatening condition for the rest of his life, and there was no cure. Instead of wallowing in worry, Shawn and Deanne decided to be thankful for each and every day and be grateful for their beautiful son. Alongside his older sister and younger brother, Ben grew up to become an active, bubbly, and sociable kid in Austin, Texas. 英文的邏輯思維課〔第1堂〕：不是講越多越好. 企劃/英語島教學實驗室文/王妍筑、Riley Bilgo 【中英邏輯差異】 EN: 先講結果，才適時解釋事件的導致因素，避免提供不必要的資訊。 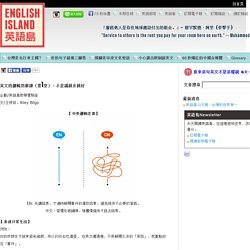 中文：習慣先做鋪陳，堆疊情緒後才說出結果。 【表達日常生活】例如：你的好朋友才結束節食減肥，所以約你去吃漢堡。 在英文溝通裡，不用解釋太多的「原因」，把重點放在「事件」。 好懂：We ate cheeseburgers because my friend had a craving for it. 冗長：We ate cheeseburgers because my friend Jesse had a craving since she had just gone off of the diet she had been on in order to lose weight for her trip to Boracay. 第一句比第二句好，是因為簡潔、明瞭，聽者不認識你的朋友，只要告訴他關於你本身的重點就好，不用再替你的朋友解釋一堆。 【表達職場生活】 好懂：I had a busy day at work because I had to finish reports and also had 3 meetings. 冗長：I had a busy day at work because my boss kept on telling me what I needed to do and was always judging me for the work I did.

句子說得長不見得好，重點在發生在你身上的事，而不是你老闆怎麼使喚你、批評你，所以簡短回應你做了什麼事就可以了。 好懂：We are training our new employees who are recent graduates.我們正在訓練剛畢業的新進員工。 冗長：We are beginning the process of training our new employees who have just graduated from college and do not have much experience in their fields.我們正開始對那些剛從大學畢業的員工進行訓練的流程，而且他們在自己的領域也沒有太多經驗。 How To Use Twitter For Exit-Slip Teaching - 8 Reflective Questions To Help Any Student Think About Their Learning by TeachThought Staff For in-person professional development from TeachThought on reflection in learning or any other topic your school or district might need, contact us today. 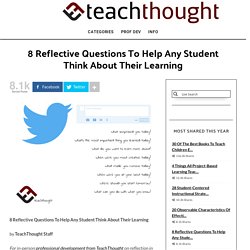 What’s the big deal about thinking about something that already happened? In our ’10 Characteristics Of A Highly-Effective Learning Environment‘, we suggested that learning habits–reflection, for example–were constantly present and modeled. 9. Cognitive, meta-cognitive, and behavioral “good stuff” is constantly modeled. Monkey see, monkey do. Why the brain actually benefits from reflection is a matter of neurology, but the extensive research is clear: Prediction, reflection, and metacognition are pillars for the thoughtful classroom.

Perhaps most crucially, by shifting their reflection from content to thought, students have the chance to put themselves back at the center of the learning process. The Twitter Template 1. 2. 3. 4. 5. Fall in Love with This Teacher’s Text-Marking Activity. Editor’s Note: Kim O’Bray’s colorful text marking activity is a key part of her close-reading process. 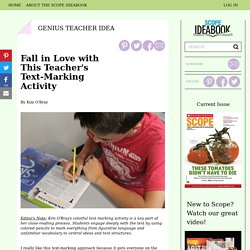 Students engage deeply with the text by using colored pencils to mark everything from figurative language and unfamiliar vocabulary to central ideas and text structures. I really like this text-marking approach because it gets everyone on the same page and encourages students to ask questions and make their own connections. It works wonderfully with any nonfiction text. At the beginning of the year, I model each step for my students, especially for my 6th graders who are new to text-marking. By the time my students are in 8th grade, the process has become second nature. Strategy For Deeper Student Conversations: Conver-Stations.