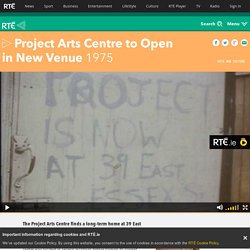 The Project Arts Centre emerged following a three week multi-arts festival held at the Gate Theatre in 1966. The gallery and arts centre was located in several locations before finding its current location on Dublin’s East Essex Street in 1975. The Project now has an established reputation as a venue for theatre, dance, music and the visual arts. In 1975 ‘Over the Barricades’ visited The Project’s new home to see the reshaping of the former Dollard Print Works into an arts centre. Reporter Andy O’Mahony visits the new gallery and theatre and meets Michael Bulfin, sculptor and chairman of the Project, who shows him around the venue which is still under construction. Project Arts Centre. 152 ProjectArtsCentre. PRODUCER PROJECT ARTS CENTRE.

Did you know that 678 people have already viewed this job ad? 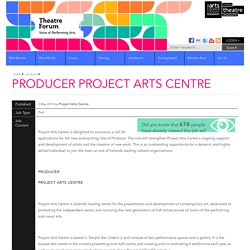 Project Arts Centre is delighted to announce a call for applications for the new and exciting role of Producer. The role will strengthen Project Arts Centre's ongoing support and development of artists and the creation of new work. This is an outstanding opportunity for a dynamic and highly-skilled individual to join the team at one of Irelands leading cultural organisations. 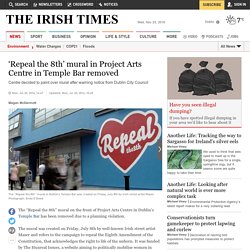 The mural was created on Friday, July 8th by well-known Irish street artist Maser and refers to the campaign to repeal the Eighth Amendment of the Constitution, that acknowledges the right to life of the unborn. It was funded by The Hunreal Issues, a website aiming to politically mobilise women in Ireland. The centre made the decision to paint over the mural after it received a warning notice from Dublin City Council Planning Department that the work is in violation of the Planning & Development Acts (2000-2015). Project hope to be able to re-install the artwork as soon as possible according to artistic director Cian O’Brien who said they would be working through official channels with Maser and The HunReal Issues. “This artwork occurs in the context of many in the artistic programme,” said Mr O’Brien. 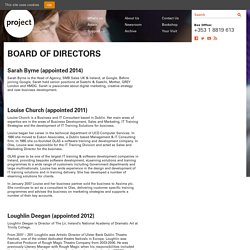 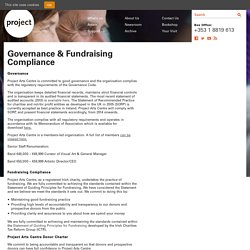 The organisation keeps detailed financial records, maintains strict financial controls and is transparent in its audited financial statements. The most recent statement of audited accounts (2013) is available here. Project Arts Centre - Wikipedia. Project Arts Centre is a multidisciplinary arts centre based in Temple Bar, Dublin, which hosts theatre, dance, music and performance.[1][2] History[edit] Project Arts Centre was founded by Jim FitzGerald and Colm O'Briain in 1967 after a three-week festival at the Gate Theatre in 1966. 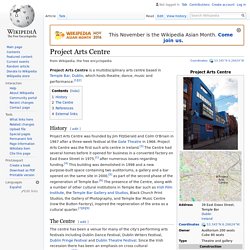