Nerf Gun Modding « Xtreamer Magazine. July 5th, 2010 at 9:28 am - Nerf Gun Modding Summer is here and for hardcore gamers like us that means two things – that there aren’t many good games coming out for the next few months and that we’ll be inevitably forced to go outside and enjoy some of that dastardly ‘sunshine’ that seems to be so popular these days. 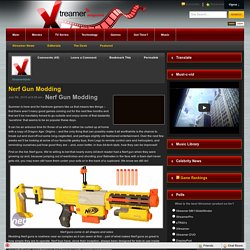 It can be an arduous time for those of us who’d rather be curled up at home with a copy of Dragon Age: Origins – and the only thing that can possibly make it all worthwhile is the chance to break out and dust off out some long-neglected, and perhaps slightly old fashioned entertainment. Over the next few weeks we’ll be looking at some of our favourite geeky toys, from Lego to remote control cars and helicopters, and reminding ourselves just how good they are – and, even better, in true bit-tech style, how they can be improved! First on the list; Nerf guns. Nerf guns come in all shapes and sizes Hardcore Nerf fans love to repaint and modify their hardware. Steampunk Maverick. My first Nerf gun mod...(lots of pics) Hey guys..inspired by all the great work by everyone (especially JA)..I took some steps to mod my first NERF gun ever (the classic Maverick)..My first steps were to work out the internal/electronics, before the outter paint(which I have only primed and blacked at this point.. still searching for some links to good weathering/dry-brush tutorials.. if anyone recommends some?) 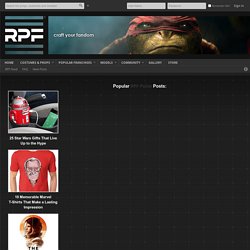 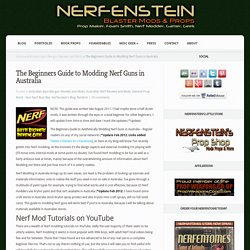 I had maybe done a half dozen mods, it was written through the eyes or a total beginner for other beginners. I will update from time to time and date / mark the updates (*Update). DIY Geek Dishes (LOTR, Star Wars, Zelda, more) Originally we were going to make a few DIY geek dishes, using only geeky maps (you know… Middle Earth map, a map of Hyrule, Westeros…) but then decided we needed a whole set of geek dishes, since they were so easy and fast to make. 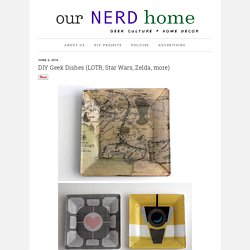 **UPDATE! CLICK HERE for a quick video tutorial for the project! ** We first teased this project on our Instagram a couple of weeks ago, but technical difficulties put us behind on projects for awhile. We’re back up and running now! What you will need: -Clear glass plate(s) –Dishwasher Safe Mod Podge (yes, this is a thing!) If your dishes will only be decorative and not used for eating, you can just use regular Mod Podge decoupage glue.

We picked up the clear dishes at Joann, for a few dollars each. Google Image search whatever your favorite fandoms are. Center the plate on the print and mark where the edges of the plate are. Clean the bottom of the plate and lightly coat it with Mod Podge. Done! What do you think? Invasion of the soot sprites! With my craft show schedule behind me I'm loving spending my spare time working on personal crafty projects for a change! 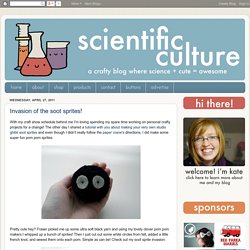 The other day I shared a tutorial with you about making your very own studio ghibli soot sprites and even though I didn't really follow the paper crane's directions, I did make some super fun pom pom sprites: Pretty cute hey? Fraser picked me up some ultra soft black yarn and using my lovely clover pom pom makers I whipped up a bunch of sprites! Then I just cut out some white circles from felt, added a little french knot, and sewed them onto each pom. Star Wars Lightsaber Pool Noodles. Help support Laughing Squid by hosting your website or WordPress blog with Laughing Squid Web Hosting. 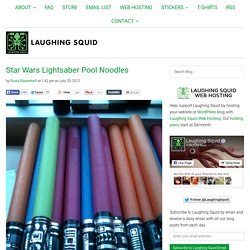 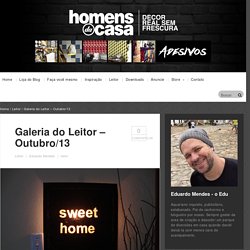