Seven Tips for Coping Stress During Pregnancy. Stress is not good in pregnancy. 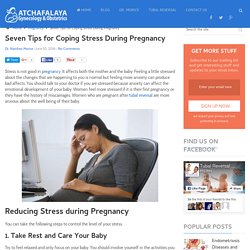 It affects both the mother and the baby. Feeling a little stressed about the changes that are happening to you is normal but feeling more anxiety can produce bad affects. You should talk to your doctor if you are stressed because anxiety can affect the emotional development of your baby. 5 Post Tubal Ligation Syndrome and Causes. The fallopian tubes are cut, burned or tied when you have done having children. 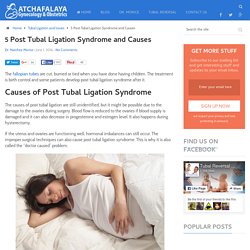 The treatment is birth control and some patients develop post tubal ligation syndrome after it. Causes of Post Tubal Ligation Syndrome The causes of post tubal ligation are still unidentified, but it might be possible due to the damage to the ovaries during surgery. Blood flow is reduced to the ovaries if blood supply is damaged and it can also decrease in progesterone and estrogen level. It also happens during hysterectomy. If the uterus and ovaries are functioning well, hormonal imbalances can still occur. Symptoms of Post Tubal Ligation Syndrome There are different symptoms of this problem. Anxiety and Mood swingsHot flashesMuscle and joint painCramping after tubal ligationLoss of libidoIrregular, long heavy periods after tubal ligationNight sweatsInsomniaNauseaFlatulencePelvic painVaginal dryness. 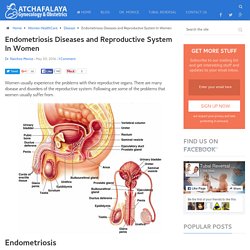 There are many disease and disorders of the reproductive system. Following are some of the problems that women usually suffer from. Endometriosis This disease involves the abdominal/pelvic cavity colonization with endometrial tissue islands. Endometrium, the lining layer of the uterus sheds off with each menstrual cycle. Pelvic Inflammatory Disease. High Blood Pressure During Pregnancy. Women often suffer from high blood pressure during pregnancy. 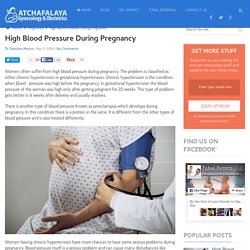 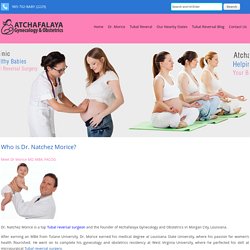 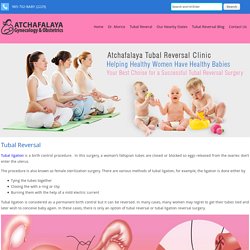 In this surgery, a woman’s fallopian tubes are closed or blocked so eggs released from the ovaries don’t enter the uterus. The procedure is also known as female sterilization surgery. There are various methods of tubal ligation, for example, the ligation is done either by Tying the tubes togetherClosing the with a ring or clipBurning them with the help of a mild electric current. Dr.Morice - Tubal Ligation Reversal Surgery Center Louisiana USA. Tubal Ligation Risks and Complications. The common method to prevent pregnancy permanently is the tubal ligation. 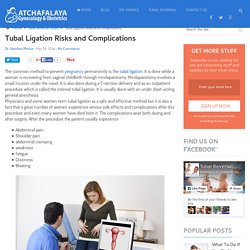 It is done while a woman is recovering from vaginal childbirth through minilaparotomy. Minilaparotomy involves a small incision under the navel. It is also done during a C-section delivery and as an outpatient procedure which is called the interval tubal ligation. It is usually done with an under short-acting general anesthesia. Physicians and some women term tubal ligation as a safe and effective method but it is also a fact that a great number of women experience serious side effects and complications after this procedure and even many women have died from it. Abdominal painShoulder painabdominal crampingweaknessfatigueDizzinessBloating These problems are temporary and the patient gets better after some hours .The pain goes away by taking pain medication.

Many women have excessive menstrual bleeding, but many physicians explain it that it may be due to the woman’s own body and blood loss. Pregnancy. Gynecological Problems That Require Surgeries. Women face different health issues in their lives. 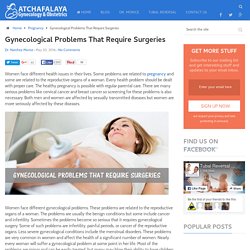 Some problems are related to pregnancy and some are related to the reproductive organs of a woman. Every health problem should be dealt with proper care. The healthy pregnancy is possible with regular parental care. There are many serious problems like cervical cancer and breast cancer so screening for these problems is also necessary. Both men and women are affected by sexually transmitted diseases but women are more seriously affected by these diseases.

Women face different gynecological problems. Pelvic pain and infertility When a woman is suffering from endometriosis, the surgery may improve her fertility. Gynecological Oncology There are different types of cancers that women usually suffer from. What To Do If You Do Not Conceive After Tubal Reversal? Tubal reversal is a highly efficient treatment of infertility after the tubal ligation. 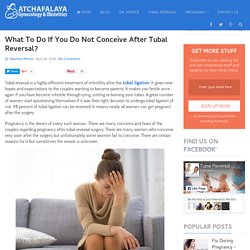 It gives new hopes and expectations to the couples wanting to become parents. It makes you fertile once again if you have become infertile through tying, cutting or burning your tubes. A great number of women start questioning themselves if it was their right decision to undergo tubal ligation of not. 98 percent of tubal ligation can be reversed.