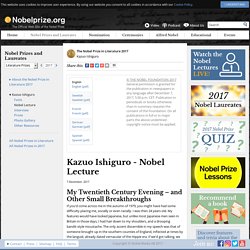 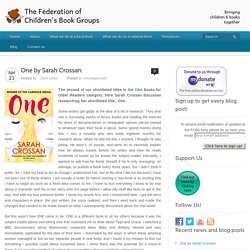 Some writers get giddy at the idea of a bit of research. They dive into it, borrowing stacks of library books and trawling the Internet for slices of documentaries or newspaper opinion pieces related to whatever topic their book is about. Some spend months doing this. I met a novelist who sets aside eighteen months for research alone. OUP Children's Books Voices. We’re taking a break from our A-Z as today marks the 400th anniversary of the death of William Shakespeare. 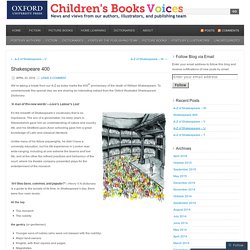 To commemorate this special day, we are sharing an interesting extract from the Oxford Illustrated Shakespeare Dictionary: ‘A man of fire-new words’—Love’s Labour’s Lost. JSTOR Understanding Shakespeare. No cookies? First World War Literacy Resources. Build on the national interest in the First World War centenary events using books like Over the Line and these resources to help children’s understanding and encourage reading for pleasure. 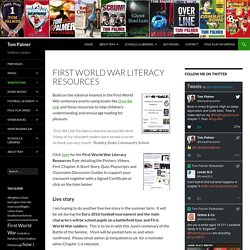 ‘Over the Line’ has been a massive success this term. Many of my reluctant readers have turned a corner so thank you very much!” Bradley Stoke Community School Click here for the First World War Literacy Resources flyer detailing the Posters, Videos, First Chapter, A Short Story, Quiz, Playscripts and Classroom Discussion Guides to support your classwork together with a Signed Certificate or click on the links below: Live story I am hoping to do another free live story in the summer term. 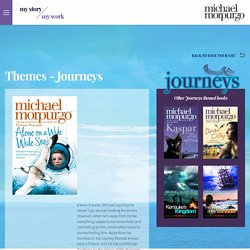 However, when he’s away from home, everything suddenly becomes fresh and interesting to him, which often leads to stories finding him. No cookies? No cookies? Illuminating Shakespeare: OUP. Heart of the School. Sometimes you are just looking for a good quote to put in a document, or a display – or just to use somewhere else. 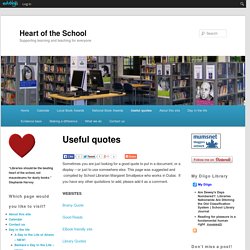 This page was suggested and compiled by School Librarian Margaret Smallpeice who works in Dubai. Shakespeare Week. The Gothic. Poetry By Heart. English literature guides. Stalky & Co. Notes on the characters. The danger of having a real school as the background of Stalky & Co. is that we find it almost impossible not to assume that the characters were real people also - and their behaviour and adventures more or less true to life. 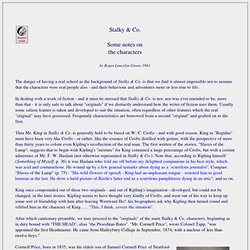 In dealing with a work of fiction - and it must be stressed that Stalky & Co. is not, nor was ever intended to be, more than that - it is only safe to talk about "originals" if we distinctly understand how the writer of fiction uses them. Usually some salient feature is taken and developed to suit the situation, often regardless of other features which the real "original" may have possessed. Frequently characteristics are borrowed from a second "original" and grafted on to the first. 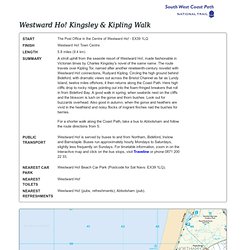 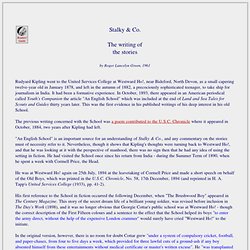 , near Bideford, North Devon, as a small capering twelve-year old in January 1878, and left in the autumn of 1882, a precociously sophisticated teenager, to take ship for journalism in India. Rudyard Kipling in Westward Ho! - Places - Devon. Rudyard Kipling frame. A History of Bodmin. Bodmin was at the centre of 3 Cornish rebellions. 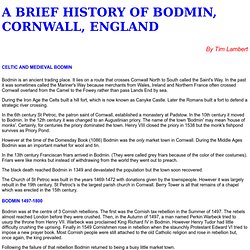 The first was the Cornish tax rebellion in the Summer of 1497. The rebels almost reached London before they were crushed. Then, in the Autumn of 1497, a man named Perkin Warbeck tried to usurp the throne from Henry VII. Warbeck was proclaimed King Richard IV in Bodmin. Bodmin Jail Ghost Hunts. Address:Bodmin Jail Berrycoombe Road Bodmin PL31 2NR Bodmin Jail Ghost Hunts: Enquire here Brief History This ominous looking Bodmin Jail was originally built for King George III in 1779. The Myths & Legends of Bodmin Moor in Cornwall. The wild uplands of the British Isles have always inspired stories; rocky crags, bottomless bogs and thick dense mists all add that something special to a tale told around a fireside, be it in a medieval longhouse, or through the latest Hollywood blockbuster. They are the places where the little people live, where the Devil hides, where young married couples get lost on their wedding night, where large black dogs run free and where tortured lovers meet.

Www.bodminlive.com/xsdbimgs/Notable people associated with Bodmin and Cornwall.pdf. Rnwall history - Cornish men and women, Past and present. Charles Kingsley author The Water Babies Westward Ho ! His concern for social reform is illustrated in his classic, The Water-Babies, A Fairy Tale for a Land Baby (1863), a tale about a chimney sweep, which retained its popularity well into the 20th century. The story mentions the main protagonists in the scientific debate over human origins, rearranging his earlier satire as the "great hippopotamus test". The Beast of Bodmin. There is no doubt that Bodmin Moor is a creepy place. Should you happen to find yourself alone there as dusk is falling, try not to think about the layers of legend, horror and mystery associated with this wild and rugged landscape, and in particular, whatever you do, try not to let your mind dwell on The Beast.

The Beast is the result of some sixty sightings of a black panther-like big cat, supposedly three to five feet long and sporting white-yellow eyes, combined with numerous reports of mutilated livestock. The evidence was robust enough that in 1995 the government ordered an official investigation into the existence of such a beast. The report finally concluded that there was no verifiable evidence of a big cat on Bodmin Moor, although it was careful to state that there was no evidence against it, either. The Bodmin Moor Pages - Legends. WESTWARD HO! HISTORY. Picture taken on a visit to the Museum at Clovelly- well worth a visit. Bodmin Moor: Mysteries, Monuments and Murder. This day out includes three separate sites of Cornish historical and cultural interest, as well as a local wine tasting, morning coffee and lunch. If you prefer not to include the wine tasting, we can arrange afternoon tea instead.