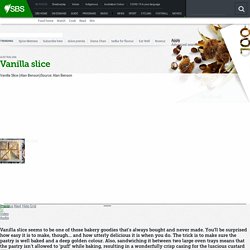 Line a square 24 cm (base measurement) cake tin with two strips of foil, extending it about 10 cm over the sides. Sift together the cornflour and custard powder into a medium saucepan. Add the sugar and then use a balloon whisk to gradually stir in the milk and then the cream. Place the saucepan over a medium heat and cook, stirring frequently, until the mixture boils and thickens. Remove from the heat and stir in the butter, egg yolks and vanilla bean paste until well combined. Meanwhile, place a sheet of pastry on a large oven tray. Place one of the pastry sheets in the lined pan, trimming to fit if necessary. Lemon and vanilla slice recipe. Savoury loaf recipe: corn fritter. Melt-and-mix white chocolate and ginger mud cake recipe. Jo's Blue AGA: Autumn Crumble Loaf Cake. This little loaf cake is so versatile. 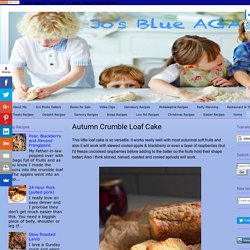 It works really well with most autumnal soft fruits and also it will work with stewed cooled apple & blackberry or even a layer of raspberries (but I'd freeze uncooked raspberries before adding to the batter so the fruits hold their shape better) Also i think stoned, halved, roasted and cooled apricots will work. Topping: Baked Apples Recipe. One-Pot French Chicken recipe. Slow-Cooker Chicken Burgundy Stew Recipe. Hot cross buns. BA's Best Banana Bread Recipe. Last week I switched it up a little because the only yogurt I had was one with lemon . 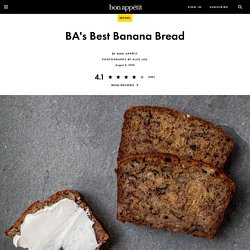 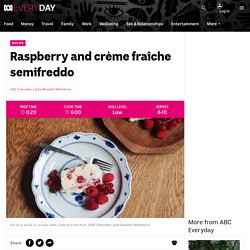 Firstly, an ice cream churner is needed to ensure large ice crystals do not form, and secondly, from my experience, after a day in the freezer, it isn't all that palatable. While I sometimes pull the churner out from the cupboard, I am often more inclined to prepare a semifreddo, which requires simply a whisk (preferably electric) to whip all the separate elements. Semifreddo translates to 'semi-frozen' and is made by first beating egg yolks with sugar, which is then combined with whipped cream and finally whipped egg whites are folded through.

The result is an incredibly creamy frozen mousse dessert which can be either scooped out like traditional ice cream, or cut into thick slices, as I prefer. The mixture is a wonderful canvas for seasonal fruits. Here I've picked raspberries but other berries can be used instead. Dishes and tins: I use a square ceramic dish for my semifreddo as it presents beautifully at the table. 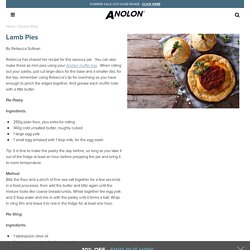 You can also make these as mini pies using your Anolon muffin tray. When rolling out your pastry, just cut large discs for the base and a smaller disc for the top, remember using Rebecca’s tip for overhang so you have enough to pinch the edges together. Double Chocolate Malteser Cookies - Something Sweet Something Savoury. Vanilla custard biscuits - Something Sweet Something Savoury. Chicken Pesto Pasta Salad - Life In The Lofthouse. Chicken Pesto Pasta Salad has layers of amazing Italian flavors. 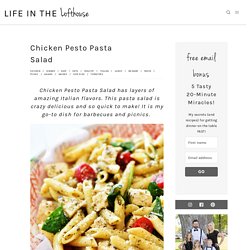 This pasta salad is crazy delicious and so quick to make! It is my go-to dish for barbecues and picnics. Summer is coming to a close and that makes me a little sad. My kids already started school, so in ways I feel like we’ve waved goodbye to summer, but on the other hand, the temperatures are still hanging in the 100’s here (ouch) so it makes me realize summer’s not quite gone yet. Most people would say that swimming, going to the beach or lakes is what they love most about summer. Lemon curd tiramisu recipe. Baked Chicken Tacos. Chicken Spinach Mushroom Lasagne. Slow Cooked Lamb Shank Ragu Pappardelle. 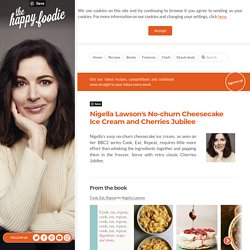 To make the no-churn ice cream, stir the condensed milk into the double cream and whisk until aerated and voluminous. 2. Carry on whisking as you add the lemon and lime juice and the advocaat. 3. Fill a couple of 500ml tubs with this heavenly mixture (which, I dare say you could serve like this in its own right) and place in the freezer until firm. 4. 5. Search Page. Christobel's spicy nuts recipe. The secret ingredient in these nuts is curry powder. 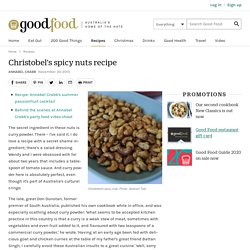 There – I've said it. I do love a recipe with a secret shame ingredient; there's a salad dressing Wendy and I were obsessed with for about two years that includes a tablespoon of tomato sauce. And curry powder here is absolutely perfect, even though it's part of Australia's cultural cringe. One-pot Normandy chicken recipe. Chocolate Mousse. Vanilla bean panna cotta. Australian Christmas dessert recipes. Roast potato recipes for Christmas Day - Recipe Collections. Haloumi and corn fritter bites with creamy avocado dip. 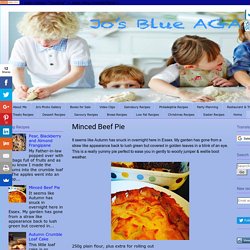 My garden has gone from a straw like appearance back to lush green but covered in golden leaves in a blink of an eye. This is a really yummy pie perfect to ease you in gently to woolly jumper & wellie boot weather. Southern-style sweet potato salad recipe. Honey-mustard potato salad recipe. Jamie Oliver's honeycomb and raspberry Viennetta. Gingerbread rocky road recipe. How to make focaccia while you sleep. Fluffy, bubbly soft bread with a crisp, olive oil-scented crust. 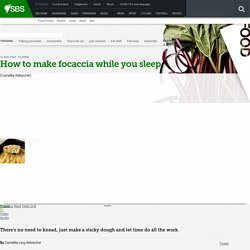 It’s the stuff of the 00’s café menu sandwich bread and the canvas for a vegetable art piece. It's focaccia. Despite any lick of Italian influence in my family lineage, my father would occasionally bake focaccia as a treat for us growing up. I continued the tradition throughout uni and quickly became known for being able to bake fresh bread. On a Friday evening, I’d prepare a loaf, pull it out of the oven and pop it straight onto my passenger seat letting it cool as whiel driving out to friends' houses for regular get-togethers where focaccia, salami and cheese platters were the main meal. A few years later, an Italian chef and friend shared with me his secret of resting the dough in the fridge for up to three nights before baking to add flavour and improve the texture. How to make focaccia while you sleep Just like the hand-pulled noodles and crusty white loaf, we’re letting the gluten form through hydration.

Glazed Strawberry & Blueberry Flan - The NEFF Kitchen. Method Sift the flour and icing sugar into a bowl and add the almond meal. Rub the butter into the flour mixture until mixture resembles breadcrumbs. Add the egg yolk and bring the mixture together to form a dough. Wrap in plastic wrap and rest while you prepare the filling. Yoghurt cake (gâteau au yaourt) recipe : SBS Food. Ginger Almond Biscotti recipe. Kouign-amann recipe: how to make the classic pastry.

I like to make it in the afternoon and let it slowly rise, before setting it in the refrigerator to chill overnight, for warm buns the next morning. Pear tarte tatin. Www.deliciousmagazine.co. Traditional Scotch Broth. This post contains affiliate links. The quintessential Scottish dish for several centuries! Rich, robust and flavorful, Scotch Broth represents everything that is good about rustic home cooking. I’ve partnered with Aneto to bring you this delicious soup.

The first time I had this soup was in a small pub outside Inverness in the Scottish Highlands. Haloumi and corn fritter bites with creamy avocado dip. Overnight bread baked in a cast iron pot. You will need to begin this recipe 1 day in advance. Standing time: overnight The following recipe has been edited and may differ slightly from the video. 1.