No food is healthy. Not even kale. What Happened when I Went Vegan—Cold Turkey. Get elephant's newsletter Bonus: Editor’s Note: This website is not designed to, and should not be construed to, provide medical advice, professional diagnosis, opinion or treatment to you or any other individual, and is not intended as a substitute for medical or professional care and treatment. 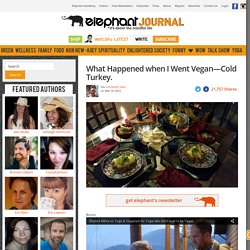 Always consult a health professional before trying out new home therapies or changing your diet. 10 Proven Ways to Lose 3 Pounds a Week Without Dieting. You don’t have to go on a crash diet in order to lose weight at a fast pace. 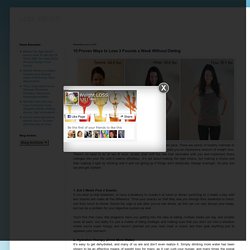 There are plenty of healthy methods to losing weight, and employing any of the strategies below should yield you an impressive amount of weight loss. Natural News Blogs 18 Fruits And Vegetables With The Most Pesticides. What is a pesticide? 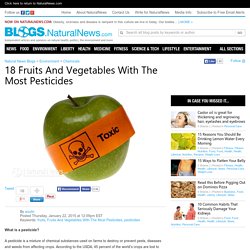 A pesticide is a mixture of chemical substances used on farms to destroy or prevent pests, diseases and weeds from affecting crops. According to the USDA, 45 percent of the world’s crops are lost to damage or spoilage, so many farmers count on pesticides. If you’re eating non-organic celery today, you may be ingesting 67 pesticides with it, according to a new report from the Environmental Working Group. The group, a nonprofit focused on public health, scoured nearly 100,000 produce pesticide reports from the U.S.

You Probably Didn't Know This But Your Poop Can Tell You A Lot About Your Health. When it comes to toileting habits, the topic is not exactly a favorite among Americans – at least for those above the age of four. 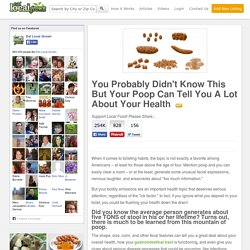 Porridge could be key to a long and healthy life, says Harvard University. Oats are already the breakfast of choice for many athletes and also for dieters, who find the high fibre levels give them energy for longer. 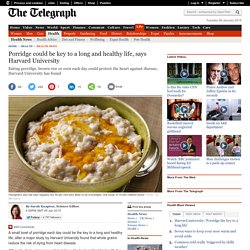 But scientists found that for each ounce (28g) of whole grains eaten a day – the equivalent of a small bowl of porridge – the risk of all death was reduced by five per cent and heart deaths by 9 per cent. “These findings further support current dietary guidelines that recommend increasing whole-grain consumption,” said lead author Dr Hongyu Wu of Harvard School of Public Health. “They also provide promising evidence that suggests a diet enriched with whole grains may confer benefits towards extended life expectancy.”

The findings remained even when allowing for different ages, smoking, body mass index and physical activity. Whole grains, where the bran and germ remain, contain 25 per cent more protein than refined grains, such as those that make white flour, pasta and white rice. After reading this, you’ll never look at a banana in the same way again. The Non-Diet Diet: Eat Whatever You Want. Eat like a caveman. 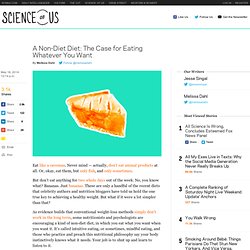 Never mind — actually, don’t eat animal products at all. Or, okay, eat them, but only fish, and only sometimes. But don’t eat anything for two whole days out of the week. 5 shocking reasons why Americans are getting fatter. Americans have become huge. 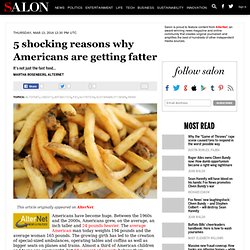 Between the 1960s and the 2000s, Americans grew, on the average, an inch taller and 24 pounds heavier. The average American man today weights 194 pounds and the average woman 165 pounds. The growing girth has led to the creation of special-sized ambulances, operating tables and coffins as well as bigger seats on planes and trains. Almost a third of American children and teens are overweight, but 84 percent of parents believe their children are at a healthy weight in one study.

High-protein diet 'as bad for health as smoking' What's Wrong With The Modern Diet [CHARTS] The modern diet is the main reason why people all over the world are fatter and sicker than ever before. 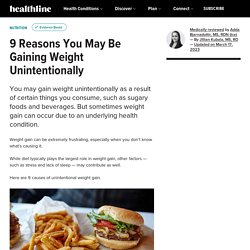 Everywhere modern processed foods go, chronic diseases like obesity, type 2 diabetes and heart disease soon follow. The studies are clear on this… when people abandon their traditional foods in favor of modern processed foods high in sugar, refined flour and vegetable oils, they get sick (1, 2, 3). Vegetarians and Their Superior Blood - James Hamblin. A plant-based diet can lower your blood pressure, according to research released today in a major medical journal. 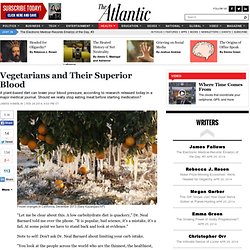 Should we really stop eating meat before starting medication? Frozen oranges in California, December 2013 (Gary Kazanjian/AP) "Let me be clear about this. A low carbohydrate diet is quackery," Dr. Got Milk? Throw it away. Don't swallow it: Six health myths you should ignore. Cookies on the New Scientist website close Our website uses cookies, which are small text files that are widely used in order to make websites work more effectively. To continue using our website and consent to the use of cookies, click away from this box or click 'Close' 31 Satisfying 100-Calorie Snacks. Healthy eating isn’t all about calorie counting. 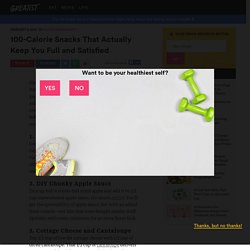 Nutritious foods are key, but sometimes it’s nice to know you can grab a quick snack that doesn't deliver an entire meal's worth of calories. How fruit juice went from health food to junk food. This week, it looked as if fruit juice might finally lose its claim to healthiness and be put into the same category as fizzy drinks. It emerged that a headteacher, Elizabeth Chaplin, who runs Valence primary school in Dagenham, wrote to parents about a new rule to confiscate juice cartons from children's lunch boxes. Instead, pupils would only be allowed to drink water. Days earlier, Susan Jebb, a government advisor and head of the diet and obesity research group at the Medical Research Council's Human Nutrition Research unit at Cambridge University, told the Sunday Times that the government's official advice that a glass counts towards your recommended minimum five-a-day servings of fruit and vegetables should be changed.

"Fruit juice isn't the same as intact fruit and it has as much sugar as many classical sugar drinks," said Jebb, who has stopped drinking juice. This comes on top of a year or so of stories about the high sugar content of fruit juice. Does she drink juice? Drink two espressos to enhance long-term memory - health - 12 January 2014. Coffee has long been a friend of students working through the night, but it does more than just keep us awake.

A study provides the first convincing evidence that caffeine enhances long-term memory in people – provided the dose is right. The effects mirror similar results seen in honeybees, where a boost to memory from caffeine-laden nectar may help bees return to certain plants. Dieting makes you fatter. In recent years there has been a considerable backlash against the diet industry. The fact that we pour around £2bn into its coffers each year, while our waistlines continue to swell, has not gone unnoticed. Nor has the fact that many of those who profit from the industry are also peddling the very foods blamed for causing obesity. Eat Until You’re Full, Ignore Calories, and Lose Weight. “Geek” dieting calls to mind high-tech novelties like Soylent and the endless number-crunching of Quantified Selfers. In contrast, Jonathan Bailor is practically Alice Waters: When he talks about finding a scientific approach to nutrition, Bailor uses words like “celebrate,” “abundance,” and “whole, actual food.”

A senior program manager at Microsoft, Bailor is an engineer — and a self-professed geek — who’s also a former personal trainer. Instead of Brave New Foods, he advocates a return to basics: “quality” foodstuffs and no calorie counting. In fact, his new book (out now from HarperCollins) is called The Calorie Myth. It attempts to turn Bailor’s thirteen years of nutritional research into an attack on the conventional wisdom of “calories in, calories out,” explaining hard science through accessible analogies. Wheat Threatens All Humans, New Research Shows. Juice cleanses: Not healthy, not virtuous, just expensive. Product shots via manufacturers. What Can We Learn From How Grandma and Grandpa Used To Eat? Our 'War' On Fat Was A Huge Mistake [GRAPHS] The “war” on saturated fat is the biggest mistake in the history of nutrition. As people have reduced their intake of animal fat and cholesterol, many serious diseases have gone up. The 12 hardest-to-avoid chemicals that mess with our hormones.

Top 10 Myths of Heart Health. Photo courtesy of Flickr user Mr. 8 Foods Even The Experts Won’t Eat. 13 Nutrition Lies That Made The World Sick And Fat. Eating Dessert with Breakfast Helps Low-Calorie Dieters. Low-Carb and Low-Glycemic Index Diets Best for Keeping Weight Off. People following a Mediterranean-style diet may have the best chance of keeping weight off — and doing it without causing negative side effects — according to a study published in the Journal of the American Medical Association. Researchers led by Cara Ebbeling at Boston Children’s Hospital compared three different diets in people who had already lost weight. Knowing that dieters often struggle to maintain their slimmer bodies, the researchers sought to study the impact of the diets on energy expenditure — that is, which diet helps people burn the most calories a day and would, therefore, help keep them from regaining the weight.