Book Review Site for Librarians in Public Libraries and School Libraries. Best Teen Books of 2014. School Reading Classroom Library. 19 Of May 2015's Best YA Books, aka You're Going To Want to Read All YA This Month. Prepare your sturdiest tote, because any trip to the bookstore this month will mean you’re coming hope with arms full of young adult books. 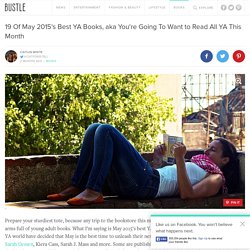 What I’m saying is May 2015’s best YA books are dynamite. Massive names in the YA world have decided that May is the best time to unleash their next novel onto their rabid fans — I’m talking Sarah Dessen, Kiera Cass, Sarah J. Mass and more. Some are publishing sequels to books you fell in love with in the last few years, which means, of course, you’ll need them. Plus, debut authors who have been turning heads for months are finally letting us all see their first work. 30 Books That Will Change Your View Of The World. Notable Children’s Books of 2014. Photo The best in picture books, middle grade and young adult fiction and nonfiction, selected by the children’s book editor of The New York Times Book Review. 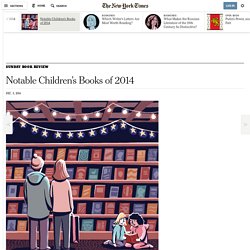 BABY BEAR. Written and illustrated by Kadir Nelson. (Balzer & Bray/HarperCollins, $17.99; ages 2 to 6.) A young bear, lost in the forest, is guided home by kind, wise advice from other animals in this wonderfully reassuring story from the two-time Caldecott Honor-­winning Nelson. THE BABY TREE. THE FARMER AND THE CLOWN. HANNAH’S NIGHT. HANSEL & GRETEL. THE JACKET. THE RIGHT WORD: Roget and His Thesaurus. SAM AND DAVE DIG A HOLE. The best young adult books of 2014. Buy The Ghost of Heaven from the Telegraph Bookshop Matt Dickinson, who has climbed to the top of Mount Everest, has written a dramatic and thoughtful thriller. 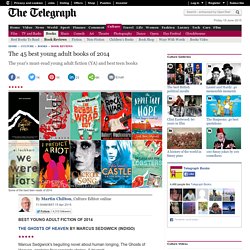 Read our review of The Everest Files Buy The Everest Files from the Telegraph Bookshop • How to write a dystopian YA novel in 10 easy steps. When Holden Met Katniss: The 40 Best YA Novels. 1951, Little, Brown & Co. 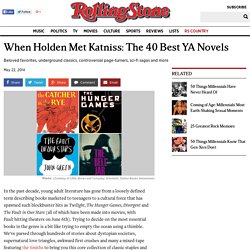 OK, you know about this one: Holden Caulfield, Salinger's 15-year-old protagonist on the verge of a mental breakdown, has long been considered the patron saint of teen angst. Though "Young Adult" was far from being an established genre when this book was published, not putting it on a list like this would feel like a grave oversight. The Book’s the Thing: Shakespeare for Kids of All Ages. I wanted to introduce my kids to Shakespeare, but I was concerned his stories were too scary, too gory, and too complex for children. 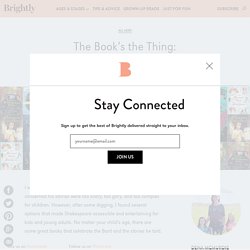 However, after some digging, I found several options that made Shakespeare accessible and entertaining for kids and young adults. No matter your child’s age, there are some great books that celebrate the Bard and the stories he told. Ages 0 - 4: Romeo and Juliet: A BabyLit Counting Primerby Jennifer Adams, illustrated by Alison Oliver In this beautifully designed board book, you can count things like masks, kisses, and roses with your little one. Gorgeous illustrations accompany quotes from the play, making this is a great way to introduce Romeo and Juliet to your baby or toddler. Ages 4 - 7: William Shakespeare's A Midsummer Night's Dreamby Bruce Coville, illustrated by Dennis NolanThis retelling of Shakespeare's comedy is perfect for kids that like fairy tales and humor. Planet YA: Europe.

Read your way across the globe with our PLANET YA maps! Today’s stop: EUROPE A few weeks ago we debuted our United States of YA reading map, a map featuring young adult books set in all 50 states. We promised to extend the project to the rest of the world, and thanks to your help, we’ve been working hard on creating a list of YA books set in as many countries as we can.

Now we are rolling out maps for the rest of the world! To make it easier, we are breaking up the maps by regions and will post them in separate blog posts. View Canada & Greenland’s map here. Take a trip down under with our Oceania map. Today we are traveling to the magical land of EUROPE. The United States of YA. A while back, I posted in the forums asking for people to help me find a YA book for every single state in the US. A lot of you helped me out, and so did this list when I needed to fill in the gaps. I didn’t tell you what I was using the info for, but now I’m finally able to reveal my true intentions. A MAP! Yes, that’s right. I created a map of the United States, picking one book for each state. NEW! How many states have you read? An Updated Graphic Guide to LGBTQ YA Literature for Pride Month. Nearly two years ago, I made this graphic guide to LGBTQ titles in order to give an overview of the variety of YA literature that features queer characters, from coming out stories to sci-fi adventures. 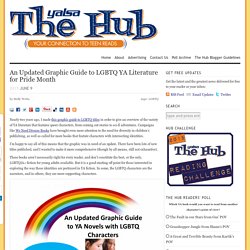 Campaigns like We Need Diverse Books have brought even more attention to the need for diversity in children’s publishing, as well as called for more books that feature characters with intersecting identities. Best Sellers.