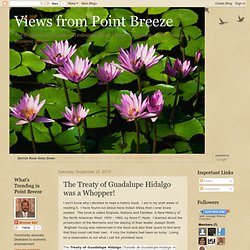 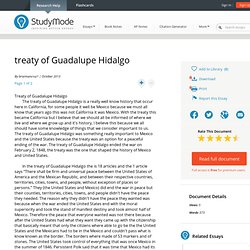 With the treaty this became California but I believe that we should all be informed of where we live and where we grow up and it's history, I believe this because we all should have some knowledge of things that we consider important to us. On Guadalupe Hidalgo Day, Here's Why The U.S. Has Title To The Southwest. The Second Annual "National March for Immigrant Rights" is scheduled to be held on the U.S. 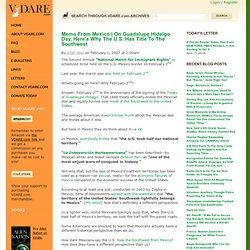 -Mexico border on February 2nd. Last year, the march was also held on February 2nd. What's going on here? Why February 2nd? Lens: ACLU Responds to Gang of 8 Immigration Plan. The ACLU welcomed the bill summary released late last night by a bipartisan group of key senators – ‘the Gang of 8', and we eagerly await the introduction of complete bill text, expected later today. 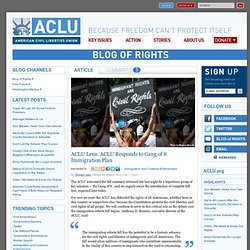 For over 90 years the ACLU has defended the rights of all Americans, whether born in this country or somewhere else, because the Constitution protects the civil liberties and civil rights of all people. We will continue to serve in this critical role as the debate over the immigration reform bill begins. Anthony D. C:\DOCUME~1\hen\LOCALS~1\Temp\EAS13500.loc - immigration.pdf. Surveillance Surge on the Border: How to Turn the US-Mexican Border into a War Zone. (Photo: Jonathan McIntosh / Flickr)The first thing I did at the Border Security Expo in Phoenix this March was climb the brown “explosion-resistant” tower, 30 feet high and 10 feet wide, directly in the center of the spacious room that holds this annual trade show. 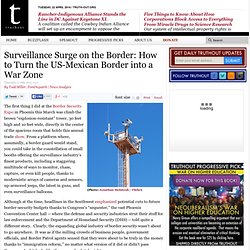 From a platform where, assumedly, a border guard would stand, you could take in the constellation of small booths offering the surveillance industry’s finest products, including a staggering multitude of ways to monitor, chase, capture, or even kill people, thanks to modernistic arrays of cameras and sensors, up-armored jeeps, the latest in guns, and even surveillance balloons. Although at the time, headlines in the Southwest emphasized potential cuts to future border-security budgets thanks to Congress’s “sequester,” the vast Phoenix Convention Center hall -- where the defense and security industries strut their stuff for law enforcement and the Department of Homeland Security (DHS) -- told quite a different story. 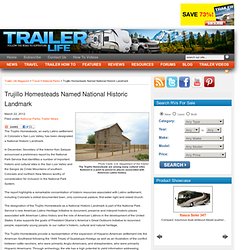 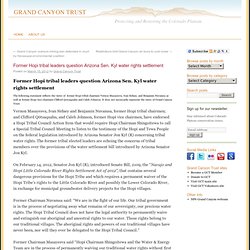 Hopi and 1848 Treaty of Gudalupe Hidalgo « Beyond the Mesas. [The following letter was written by Benjamin H. 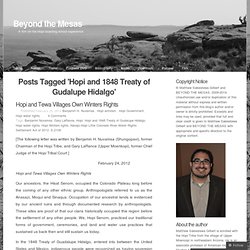 Nuvamsa (Shungopavi), former Chairman of the Hopi Tribe, and Gary LaRance (Upper Moenkopi), former Chief Judge of the Hopi Tribal Court ] February 24, 2012 Hopi and Tewa Villages Own Winters Rights Our ancestors, the Hisat Senom, occupied the Colorado Plateau long before the coming of any other ethnic group. Anthropologists referred to us as the Anasazi, Moqui and Sinaqua. Online » Spanish Ranchers Flex Muscle on Land Grant Issues. Are Latinos Getting Clowned by Obama? Hyping up its launch of Latinos for Obama, which kicks off this week, Obama 2012 will highlight the effort with a series of house parties across the country and a conference call featuring comedian George Lopez. 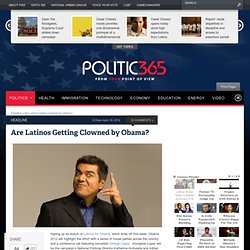 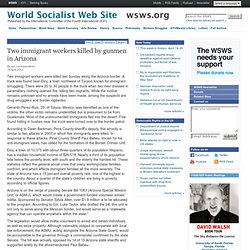 A truck was found near Eloy, a town northwest of Tucson known for immigrant smuggling. There were 20 to 30 people in the truck when two men dressed in paramilitary clothing opened fire, killing two migrants. While the motive remains unknown and no arrests have been made, among the suspects are drug smugglers and border vigilantes. Obama's Broken 2008 Immigration Promises Create Dilemma For Democrats.

WASHINGTON -- Rep. Luis Gutierrez (D-Ill.), one of President Barack Obama's most vocal critics on immigration, was sitting at dinner with his family a couple of weeks ago when his youngest daughter began talking about the president's "terrible" deportation record. "If they invite us to the White House, I won't go," the 24-year-old said, according to Gutierrez. His wife, though, summed up the family's mixed feelings on the president and immigration.

"Yes -- but you should clarify that notwithstanding that, we're all voting for him," his wife said, according to the congressman. "We can be angry, but we cannot vote for" Mitt Romney, the presumptive Republican nominee. To many supporters of immigration reform, Obama has been a major disappointment. Still, for Gutierrez and most others pushing to provide a path to legal status for undocumented immigrants, Obama is the only choice in this year's election.

WarRape SECOMM. How Rancho Owners Lost Their Land And Why That Matters Today. Ed. Note: When Laws that Shaped L.A. columnist Jeremy Rosenberg asked Rachel Surls , Sustainable Food Systems Advisor at University of California Cooperative Extension in Los Angeles County, for her nomination of a key law, Surls emailed the below essay in reply. Rosenberg's voice returns to this space next week. This Week's Law That Shaped L.A. Bill Ong Hing: Like It or Not, Arizona's SB 1070 Is About Racial Profiling. In the Obama administration's challenge to Arizona's anti-immigrant SB 1070, Department of Justice lawyers avoided arguing that any of the law's provisions, including the requirement that state police check the documents of suspected undocumented immigrants, invite racial profiling.

In fact, at the Supreme Court on Wednesday, Chief Justice John Roberts began the case by greeting the Solicitor General Donald Verrilli (and the rest of the country) with: "No part of your argument has to do with racial or ethnic profiling, does it? " To which the lawyer responded, "We're not making any allegation about racial or ethnic profiling in this case. " Later when Verrilli tried to make a point about Arizona Latinos who would be affected by the law, he backed away from the point after Justice Antonin Scalia complained that it sounded like racial profiling. International Boundary and Water Commission Exhibit at Organization of American States. The U.S. and Mexican Commissioners of the International Boundary and Water Commission (IBWC) inaugurated an exhibit, Maps, Minutes and Monuments: History of the Boundary Line, 1848-2011, depicting the IBWC’s history and accomplishments at the Organization of American States (OAS) in Washington, D.C., Tuesday, May 9, 2012.

The exhibit will be on display at the headquarters of the OAS, located on the corner of 17th Street and Constitution Avenue, weekdays between 9:00 a.m. and 5:00 p.m. through Friday, May 18. This display is drawn from an earlier exhibit prepared for the IBWC’s Border Sanitation and Water Quality Summit held in San Antonio, Texas, in March 2011. The IBWC is an international body comprising United States and Mexican Sections that have responsibility for applying various boundary and water treaties between the two countries that date from the Treaty of Guadalupe Hidalgo of 1848 and for settling differences that may arise out of these treaties. Protest Calls on Supreme Court to Strike Down Arizona Immigration Law. Obama Administration Rejects Amnesty International Charges that its Immigration Enforcement Violates Human Rights. Updated: A new Amnesty International report criticizes the U.S. government for its treatment of the Hispanic and indegenious communities living along the border, according to gantdaily.com.