Picasso's Secret Guernica. On April 26th 1937, a massive air raid by the German Luftwaffe on the Basque town of Guernica in Northern Spain shocked the world. 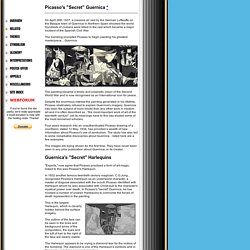 Hundreds of civilians were killed in the raid which became a major incident of the Spanish Civil War. The bombing prompted Picasso to begin painting his greatest masterpiece... Guernica. The painting became a timely and prophetic vision of the Second World War and is now recognised as an international icon for peace. Despite the enormous interest the painting generated in his lifetime, Picasso obstinately refused to explain Guernica's imagery.

TestTube > Believe in a more brilliant world. Stuff of Genius. MIND IS LIFE. Problem-Solving Skills From MindTools. Find the fundamental cause, and you're half way there. © iStockphoto The 25+ tools in this section help you solve complicated business problems. 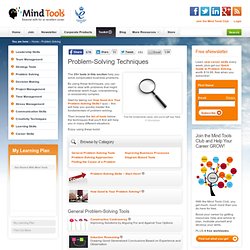 By using these techniques, you can start to deal with problems that might otherwise seem huge, overwhelming, or excessively complex. Problem Solving Test - Problem Solving Skills from MindTools. © iStockphotoEntienou Use a systematic approach. 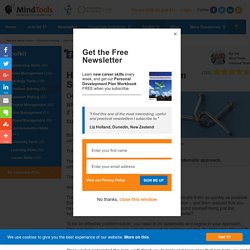 Good problem solving skills are fundamentally important if you're going to be successful in your career. But problems are something that we don't particularly like. They're time-consuming. Join the Mind Tools Club! Join Mind Tools Mind Tools Helps You Delight Your Managers and Inspire Your Co-Workers. 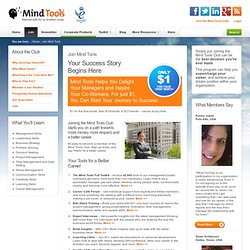 For just $1, You Can Start Your Journey to Success. $1 for the first month, then $19/month or $27/month – cancel at any time. British Mensa. Automated tests of programming skills. Assessment of software developers. Recruitment software. Codility. Topcoder. Project Euler. What is Project Euler? 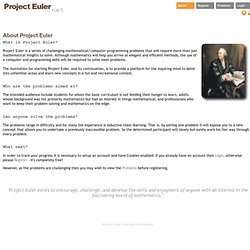 Project Euler is a series of challenging mathematical/computer programming problems that will require more than just mathematical insights to solve. Although mathematics will help you arrive at elegant and efficient methods, the use of a computer and programming skills will be required to solve most problems. The motivation for starting Project Euler, and its continuation, is to provide a platform for the inquiring mind to delve into unfamiliar areas and learn new concepts in a fun and recreational context.

Who are the problems aimed at? The intended audience include students for whom the basic curriculum is not feeding their hunger to learn, adults whose background was not primarily mathematics but had an interest in things mathematical, and professionals who want to keep their problem solving and mathematics on the edge. Project Euler. Video Tutorials on Web Development Negotiation Bargaining. Hushmail – Free Email with Privacy. Video Tutorials on Web Development Negotiation Bargaining. 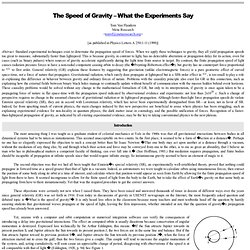 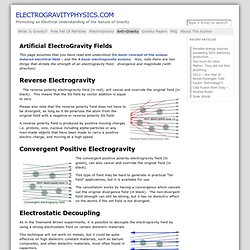 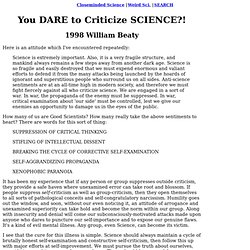 Also, it is a very fragile structure, and mankind always remains a few steps away from another dark age. Science is so fragile and easily destroyed that we must expend enormous and valiant efforts to defend it from the many attacks being launched by the hoards of ignorant and superstitious people who surround us on all sides. Anti-science sentiments are at an all-time high in modern society, and therefore we must fight fiercely against all who criticize science. We are engaged in a sort of war. My better stuff. Where Am I? It seems strange to be talking about something as basic as “navigation” 11 years into the web era. 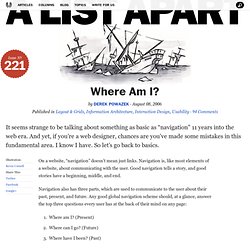 And yet, if you’re a web designer, chances are you’ve made some mistakes in this fundamental area. I know I have. So let’s go back to basics. On a website, “navigation” doesn’t mean just links. Navigation is, like most elements of a website, about communicating with the user. Navigation also has three parts, which are used to communicate to the user about their past, present, and future. Where am I? Here’s a test: Go to any random page on the internet. Weird Science (Bill Beaty's Homepages) Inventus.org. Home. New Electromagnetism (NE) New Electromagnetism (NE ) is a more complete description of electromagnetic phenomena than currently described by classical electromagnetic theory (CE). 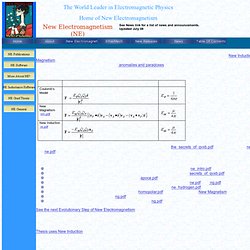 It consists of spherical field models for both Coulomb forces and magnetic forces ( New Induction , New Magnetism). These three spherical models (see table below) contain two interactions (terms) which are not described by classical theory. These additional terms resolve all know anomalies and paradoxes. The Three Models of New Electromagnetism If you are classically trained (Maxwell's equations et. al.), you should start with the_secrets_of_qvxb.pdf then continue with ne_intro.pdf then ne.pdf.

Root cause. A root cause is an initiating cause of a causal chain which leads to an outcome or effect of interest. Commonly, root cause is used to describe the depth in the causal chain where an intervention could reasonably be implemented to change performance and prevent an undesirable outcome. In plain English a "root cause" is a "cause" (harmful factor) that is "root" (deep, basic, fundamental, underlying or the like). The term root cause has been used in professional journals as early as 1905.[1]

Fault tree analysis. Fault tree analysis (FTA) is a top down, deductive failure analysis in which an undesired state of a system is analyzed using Boolean logic to combine a series of lower-level events. This analysis method is mainly used in the fields of safety engineering and reliability engineering to understand how systems can fail, to identify the best ways to reduce risk or to determine (or get a feeling for) event rates of a safety accident or a particular system level (functional) failure. FTA is used in the aerospace, nuclear power, chemical and process,[1][2][3] pharmaceutical, petrochemical and other high-hazard industries; but is also used in fields as diverse as risk factor identification relating to social service system failure.[4] In aerospace, the more general term "system Failure Condition" is used for the "undesired state" / Top event of the fault tree.

These conditions are classified by the severity of their effects. FTA can be used to: History[edit] Methodology[edit] Pareto principle. The Pareto Principle asserts that only a "vital few" peapods produce the majority of peas. The Pareto principle (also known as the 80/20 rule, the law of the vital few, or the principle of factor sparsity)[1][2] states that, for many events, roughly 80% of the effects come from 20% of the causes.[3] Management consultant Joseph M. Juran suggested the principle and named it after Italian economist Vilfredo Pareto, who noted the 80/20 connection while at the University of Lausanne in 1896, as published in his first work, Cours d'économie politique. Ishikawa diagram. Ishikawa diagrams (also called fishbone diagrams, herringbone diagrams, cause-and-effect diagrams, or Fishikawa) are causal diagrams created by Kaoru Ishikawa (1968) that show the causes of a specific event.[1][2] Common uses of the Ishikawa diagram are product design and quality defect prevention, to identify potential factors causing an overall effect.

Each cause or reason for imperfection is a source of variation. Causes are usually grouped into major categories to identify these sources of variation. The categories typically include: Overview[edit] Ishikawa diagram, in fishbone shape, showing factors of Equipment, Process, People, Materials, Environment and Management, all affecting the overall problem. Ishikawa diagrams were popularized by Kaoru Ishikawa[3] in the 1960s, who pioneered quality management processes in the Kawasaki shipyards, and in the process became one of the founding fathers of modern management.

Find out how to visualize your five-whys analysis by putting it into a spreadsheet, including a downloadable five why template and tutorial. Eight Disciplines Problem Solving. Eight Disciplines Problem Solving (8D) is a method used to approach and to resolve problems, typically employed by quality engineers or other professionals. Its purpose is to identify, correct and eliminate recurring problems, and it is useful in product and process improvement. Causality. The Illustrated Sutra of Cause and Effect. 8th century, Japan.

Why–because analysis. 5 Whys. The 5 Whys is an iterative question-asking technique used to explore the cause-and-effect relationships underlying a particular problem.[1] The primary goal of the technique is to determine the root cause of a defect or problem. (The "5" in the name derives from an empirical observation on the number of iterations typically required to resolve the problem.) CSS Design: Taming Lists. Zebra Striping: More Data for the Case. Writing an Interface Style Guide. Take a look at any CSS-based website design gallery, and you’ll see it’s obvious that beautiful interfaces are being designed and developed in amazing quantities. Why Are You Here? Whitespace. Squeeze Theme and Squeeze Plugin. Sign In. Free Fall of Elementary Particles - Sec 3.