What is the difference between a diesel engine and petrol engine? Petrol engines uses spark plugs to ignite the fuel which is nothing but a mixture of air and petrol. 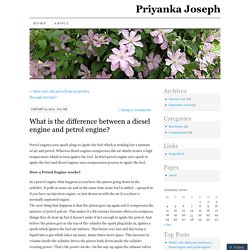 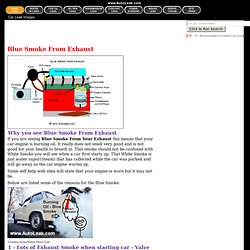 It really does not smell very good and is not good for your health to breath in. This smoke should not be confused with White Smoke you will see when a car first starts up. That White Smoke is just water vapor(Steam) that has collected while the car was parked and will go away as the car engine warms up. Some self help web sites will state that your engine is worn but it may not be. Below are listed some of the reasons for the Blue Smoke. ©Sandor Jackal/Dollar Photo Club 1 - Lots of Exhaust Smoke when starting car - Valve Seals Gone Bad If Smoke from Exhaust appears after you car has been parked for a while this would suggest Bad Valve Seals. 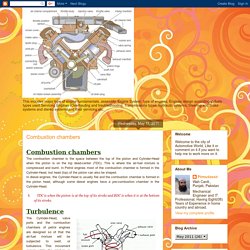 HowStuffWorks "HEMI Pros and Cons" There are many different parts of an engine's design that control the amount of power you can extract from each combustion stroke. 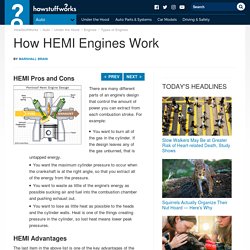 For example: You want to burn all of the gas in the cylinder. If the design leaves any of the gas unburned, that is untapped energy.You want the maximum cylinder pressure to occur when the crankshaft is at the right angle, so that you extract all of the energy from the pressure.You want to waste as little of the engine's energy as possible sucking air and fuel into the combustion chamber and pushing exhaust out.You want to lose as little heat as possible to the heads and the cylinder walls. Heat is one of the things creating pressure in the cylinder, so lost heat means lower peak pressures.

HEMI Advantages. Hemispherical combustion chamber. Power. The gasoline and spark (Otto cycle) engine's purpose is to make the car go by converting the chemical energy of fuel and air into energy of motion. 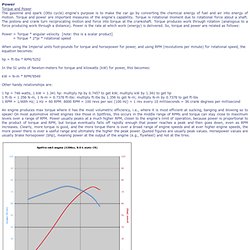 Torque and power are important measures of the engine's capability. Torque is rotational moment due to rotational force about a shaft. The pistons and crank turn reciprocating motion and force into torque at the crankshaft. Torque produces work through rotation (analogous to a force producing work through a distance). Power is the rate at which work (energy) is delivered. Power = Torque * angular velocity [note: this is a scalar product] = Torque * 2*pi * rotational speed When using the Imperial units foot-pounds for torque and horsepower for power, and using RPM (revolutions per minute) for rotational speed, the equation becomes: hp = ft-lbs * RPM/5252 In the SI units of Newton-meters for torque and kilowatts (kW) for power, this becomes: kW = N-m * RPM/9549 Other handy relationships are: Lose Weight, i.e., "Add Lightness" 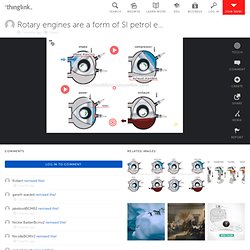 The type of rotary engine used in many modern cars is based on a design made by a german mechanical engineer, Felix Wankle, in the 1950s. A rotary engine is different from a standard reciprocating engine because it does not have a normal piston. Instead of a piston, it has a three-sided rotor sitting inside a sqashed oval-shaped cylinder called an 'epitrochoid'. Because the rotar has three sides, it is effectively three pistons in one.