SG Interactive is an expert mobile apps developer company in Singapore that expertise in iphone, android, blackberry, and other apps for iPad and Android tablets.

Travelling with Mobile Apps. Posted at 05:29h in Business by Sharan Nair Technology has been that one seemingly quixotic umbrella that has enabled humans to harness their energies in all the right directions, over many epochs. 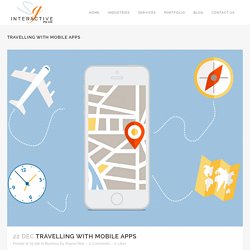 The convergence of wallets, wearable sensors, and translators with phones have definitely made some jobs and devices obsolete, but it’s not like as if technologists don’t leave clues of what’s to come via avenues like movies and television shows. Apps have made the world smaller, admonished boundaries, and encouraged empathy like never before. SG Interactive: Blog. Posted at 11:47h in Business by Sharan Nair Pretty lucrative as it turns out An emerging sport as it stands, drone racing, especially FPV (first person view) drone racing has seen traction growing at an incredible rate over the last year. 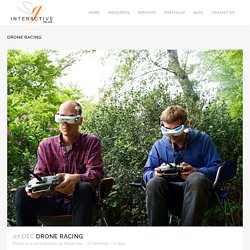 A lot of it can be attributed to FPV goggles worn by these enthusiasts, who rave over the overwhelming out-of-body experience, which is a unique blend of virtual reality and video gaming brought to life. Apple’s CarPlay: A Review. The Mobile Phone at the Olympic Games. Mobile-first Commerce. Posted at 09:57h in Business by Sharan Nair “We are in the midst of a fundamental shift in consumer behaviour and buying patterns. 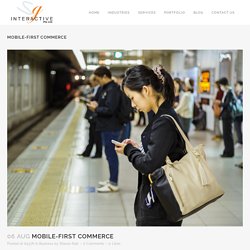 Today’s consumer expects instantaneous response times and the ability to shop anywhere, anytime with a single touch of a button.” – Nitin Mangtani, Founder/CEO of PredictSpring. With millenials forging ahead in owning and shopping on more and more devices than before, the mobile commerce climate has become infinitely more personable in recent times, aided with by social media phenomena like Snapchat and Instagram. 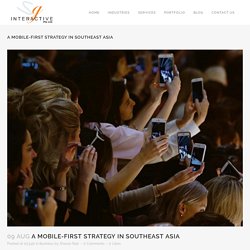 It’s truly a mobile-first environment and it allows you to truly innovate from a zero-to-one perspective.” – Eduardo Saverin, who was willing to put a finger of certainty over the growing opportunity in Southeast Asia. Pokemon Go and its Implications. Posted at 05:28h in Business by Sharan Nair For a game that accompanied the frenzied hands of kids back in the late ‘90s, it’s latest offering has showed that it hasn’t lost sight of its predecessor’s achievements, having hit record breaking download figures of 50 million in merely a week. 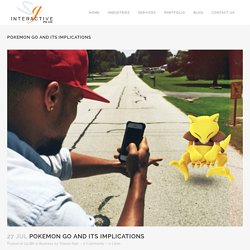 The game, which ropes in Augmented Reality technology (imagine two realities overlapping each other), allows users to now catch virtual Pokemon characters in one’s real-life environments with the help of their smartphones, and do battle with them. While the battles are not just against the Pokemon, but also people’s perception of personal spaces, the game has seemingly gotten rather good reception all over the globe, which should be great news for Nintendo’s coffers. Nintendo’s resistance to mobile gaming, it has to be explained, was due (in part) to its protection of its legacy console business. A Giant Technology Outlook for Singapore. Posted at 05:53h in Business by Sharan Nair While it is important to acknowledge the giants and their gigantic contributions in any industry, it is just as important to acknowledge the little things they’ve set into motion that often don’t make the headlines in an eco-system that thrives on a sum of many parts. 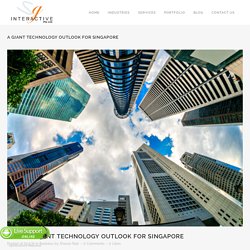 These heavyweights have also taken it upon themselves to contribute to the cause of others in order to help refine the technology scene in Singapore. Microsoft Microsoft for starters, has decided that the National University of Singapore will be a perfect place to embed their efforts in helping train more data scientists. Iphone Apps Developer. iOS is the operating system that powers all of Apple’s mobile devices, and places a huge amount of emphasis on keeping things simple for developers and the end user alike. 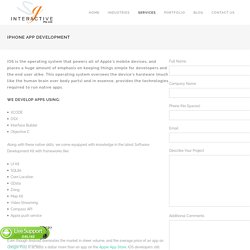 This operating system oversees the device’s hardware (much like the human brain over body parts) and in essence, provides the technologies required to run native apps. We develop apps using: What’s New in Logistics. Posted at 05:24h in Business by Sharan Nair The Ins and the Outs In the past year alone, we’ve seen supply chains straddling between linear and circular movement models. 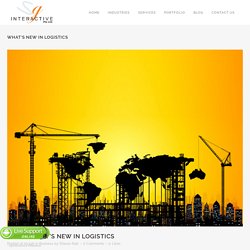 While convention pledges that materials get to the consumers in an efficient manner, unique challenges are involved when raw materials come back in a ‘closed-loop’ manner because a supply chain is dependent on these opportunities as well. With this shift, comes developments in cloud computing as well, enabling easy deployment of technology and systems, which in turn spawns a renewed focus on data analysis. With a perpetual need to improve and increase visibility, firms have also found the need to invest in risk management, in order to cope with burgeoning eco-systems.

Amazon. The Future of the App Economy. Posted at 10:13h in Business by Sharan Nair According to App Annie, a formidable mobile app data and insights platform, the global mobile app market is projected to balloon by 24 percent to reach $51 billion in gross revenue across the board (all app stores) this year. 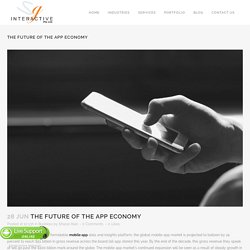 By the end of the decade, this gross revenue they speak of will go past the $100 billion mark around the globe. The mobile app market’s continued expansion will be seen as a result of steady growth in many mature markets together with accelerated growth in emerging markets. Android Development: What’s on the Horizon. Posted at 05:07h in Business by Sharan Nair The world has always been highly competitive, now what with the digital age and information being easily available, the competition has accelerated far beyond our expectations and it is therefore critical for businesses to cut costs and develop hybrid/cross-platform applications which make their businesses more accessible to the discerning consumer and to perennially stay ahead of the game. 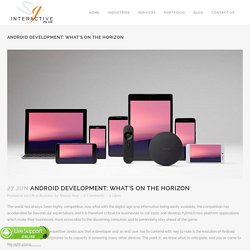 In addition to the highly competitive landscape that a developer and an end user has to contend with, key to note is the evolution of Android from a simple OS for smartphones to its capacity in powering many other devices. Shipping Smarter With IoT. Posted at 05:40h in Business by Sharan Nair The Internet of Things (IoT) is making life easier for us human beings for sure, but in the grand scheme of things, it affects much more than initially conceivable by the masses. The word ‘affect’ of course is a very mild way of putting it, especially since IoT is actually disrupting the logistical business, specifically supply chain management.

While it is common knowledge that ERP (enterprise resource planning) and supply chain management have accompanied each other for a long time now, the revolution that IoT is bringing to the table, could quite aptly be called SCM 2.0. Via deeper intelligence, visibility is raised within a particular plant, because of the solutions that bring about the intelligent connection between people, processes, data, and things via devices, sensors, and nodes. Visibility The whole process sounds something like this: Apps Developer Singapore. Mobile UX: A Never-ending Process. Posted at 07:35h in Business by Sharan Nair An experience which is more than the sum of its parts “A good user experience, like measurable ROI, doesn’t typically happen by accident. It is the result of careful planning, analysis, investment, and continuous improvement.” – Jeff Horvath, VP – UX Strategy, Human Factors International. With any establishment, there is an inherent need to clearly define the gains that you hope to achieve from any given UX (user experience) effort.

SG Interactive: Blog. Posted at 06:45h in Business by Sharan Nair It just merely evolved Now, let’s be real. The techniques that are put into play for SEO still work, and we’d be hardpressed to ignore it. The varying intricacies of SEO encompass the words on your page, to the links that other sites have with yours. So you could say that structure is imminent if search engines are to have a clear understanding of your website. But while there is quite some impetus in making one’s site engine-friendly, there is also the added priority of making it better for people to patronise too. SG Interactive Pte Ltd - DIRepublic. SG Interactive Pte Ltd, Singapore - 069534, Singapore, Singapore.