LTE_Alcatel_White_Paper.pdf. Functions of main LTE packet core elements - MME, SGW, PGW. Now when I have to start writing, I'm looking deep into back of my skull, to figure out with what I have my first LTE-like problem. 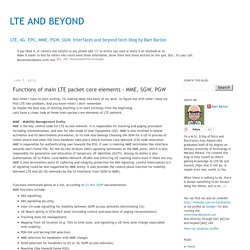 And you know what? I don't remember. So maybe the best way of starting anything is to start (writing) from the beginning. LTEPTCLOVWWP.pdf. LTE%20in%20a%20Nutshell%20-%20Protocol%20Architecture.pdf. 1-LF-Pau-LTE. LTE. LTE (both radio and core network evolution) is now on the market. 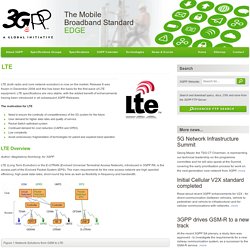 Release 8 was frozen in December 2008 and this has been the basis for the first wave of LTE equipment. LTE specifications are very stable, with the added benefit of enhancements having been introduced in all subsequent 3GPP Releases. Itled. UV Index Search Results. LTELBSWhitePaper_RohdeSchwarz. SUPL-WP100-R.pdf. LTELBSWhitePaper_RohdeSchwarz. LTEPTCLOVWWP.pdf. The SpecTool - LTE Protocols - Control Plane. Indoor positioning system. An indoor positioning system (IPS) is a solution to locate objects or people inside a building using radio waves, magnetic fields, acoustic signals, or other sensory information collected by mobile devices.[1] There is currently no de facto standard for an IPS systems design. 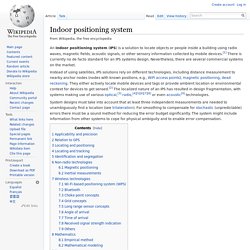 Nevertheless, there are several commercial systems on the market. Instead of using satellites, IPS solutions rely on different technologies, including distance measurement to nearby anchor nodes (nodes with known positions, e.g., WiFi access points), magnetic positioning, dead reckoning. They either actively locate mobile devices and tags or provide ambient location or environmental context for devices to get sensed.[2] The localized nature of an IPS has resulted in design fragmentation, with systems making use of various optical,[3] radio,[4][5][6][7][8] or even acoustic[9] technologies. 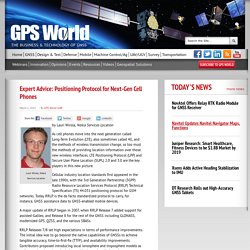 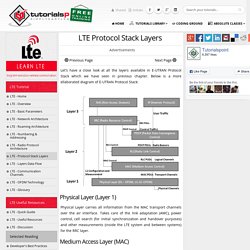 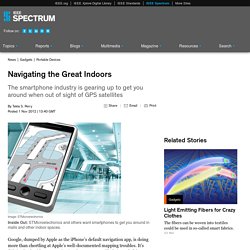 It’s fighting back with more navigation features, many likely intended for use indoors. And a number of major mobile device makers and cellphone service providers have teamed up to develop a standard for indoor navigation, an effort that neither Google nor Apple is part of. Indoor navigation technology is going to be quite a bit different from its outdoor counterpart. Outdoors, navigation relies for the most part on GPS, whose accuracy ranges from 1 to 10 meters. Indoors, because of attenuation and scattering, GPS falls apart. So indoor navigation, while relying on GPS to identify your general location (at the mall, at the airport), needs some other technology to get you around.

Still, even with all those radio signals, knowing exactly where a mobile phone user is standing in a crowded mall is tricky. New Indoor Navigation Technologies Work Where GPS Can’t. Today you can easily find your way to, say, the nearest Starbucks in a strange city, thanks to a cascade of events that began a little more than 30 years ago, when a Soviet Sukhoi interceptor flying high over the Sea of Japan fired off two heat-seeking missiles. 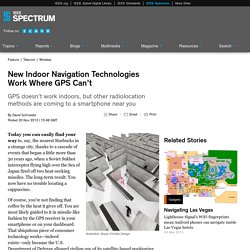 The long-term result: You now have no trouble locating a cappuccino. Of course, you’re not finding that coffee by the heat it gives off. You are most likely guided to it in missile-like fashion by the GPS receiver in your smartphone or on your dashboard. GPS World - March 2006 - Wireless Choices for LBS. Lte-control-plane-ia-paper.pdf. A Primer on Location Technologies in LTE Networks. Highlights Network-based location capabilities provide and support a wide variety of user services and promote competitive differentiation. 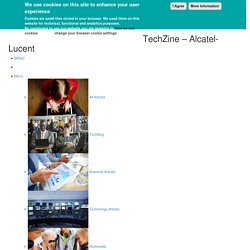 Globally, the wireless market is evolving to 4G LTE, which offers very high performance, a rich set of services and a robust ecosystem to support a wide variety of mobile broadband applications. Step 1: Identifying service requirements Step 2: Choosing a method of determining location The following location technologies support one or more of the above modes. Lecture 6 geolocation.