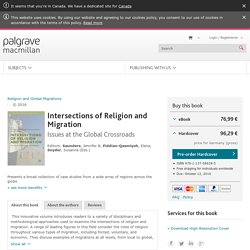 The volume is a clarion call for the development of more sophisticated, humane, and attentive forms of migration theory, policy, and practice.” (Anne Rowlands, Lecturer in Contemporary Catholic Studies and Deputy Director of the Centre for Catholic Studies, University of Durham, UK) “This volume presents a set of masterful essays blended into a coherent overview. The tone is that of an extended conversation that shows both a remarkable grasp of the dozens of major migrations going on and awareness that, for most migrants, a profound religious reflection is an important part of their trip.” 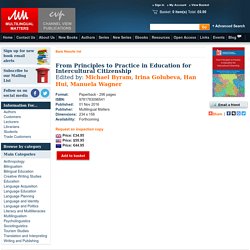 Children on the Move in Africa: Past & Present Experiences of Migration. Migration Borders Freedom (Hardback) About the Book International borders have become deadly barriers of a proportion rivaled only by war or natural disaster. 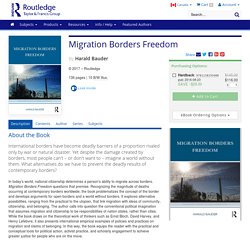 Yet despite the damage created by borders, most people can’t – or don’t want to – imagine a world without them. What alternatives do we have to prevent the deadly results of contemporary borders? Muslim Citizenship in Liberal Democracies - Civic. This book explores Muslims’ civic and political participation in Australia and Germany, shedding light on their individual experiences, motives for, and personal implications of their multi-faceted engagement. 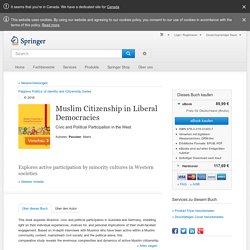 Based on in-depth interviews with Muslims who have been active within a Muslim community context, mainstream civil society and the political arena, this comparative study reveals the enormous complexities and dynamics of active Muslim citizenship. The author paints a picture of Muslims as ‘almost ordinary’ citizens, who – despite experiences of stigmatisation and exclusion – often seek to contribute to the advancement of society and the promotion of social justice.

Their civic engagement, even within a Muslim community context, builds intra- and cross-community networks, and contrary to widespread contestation of Islam and its place in the West, their faith is anything but a civic obstacle to their active citizenship agenda. Undeutsch. Symbolische Ordnung und Bildungsungleichheit in der. Movement, Mobilities, and Journeys. This volume brings together a range of contributions exploring the diverse ways in which children and young people experience movements, im/mobilities and journeys at different geographical scales and in different socio-spatial contexts. 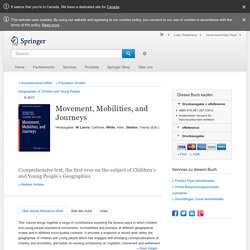 It provides a snapshot of recent work within the geographies of children and young people which has engaged with emerging conceptualisations of mobility and immobility, and builds on existing scholarship on migration, movement and settlement. Topics covered include children’s and young people’s experiences of phenomena such as transnational migration, everyday mobility, social im/mobilities, homelessness, settlement, navigations of belonging, educational mobility, medical travel, citizenship, trafficking, labour migration, borders and boundaries. 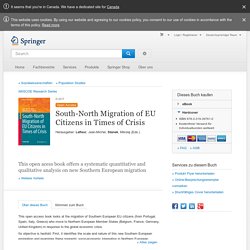 Its objective is twofold. First, it identifies the scale and nature of this new Southern European emigration and examines these migrants’ socio-economic integration in Northern European destination countries. This is achieved through an analysis of the most recent data on flows and profiles of this new labour force using sending-country and receiving-country databases. Second, it looks at the politics and policies of immigration, both from the perspective of the sending- and receiving-countries. Gender, Migration and Categorisation. 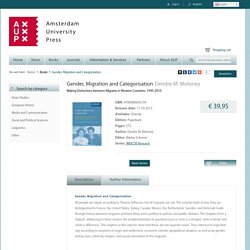 Diaspora as Cultures of Cooperation - Global and. The Culturalization of Citizenship. Jan Willem Duyvendak is Distinguished Research Professor of Sociology at the University of Amsterdam, the Netherlands. 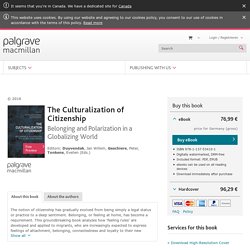 His current research interests span the welfare state, social movements, nativism, belonging and ‘feeling at home’. His most recent books include The Politics of Home: Nostalgia and Belonging in Western Europe and the United States (Palgrave, 2011); European States and their Muslim Citizens: The Impact of Institutions on Perceptions and Boundaries (2014, co-edited with John Bowen, Christophe Bertossi and Mona Lena Krook); and Players and Arenas: The Interactive Dynamics of Protest (2015, co-edited with James M. Jasper). Globale Migration. Women Migrant Workers: Ethical, Political and Legal Problems (Hardback) About the Book This volume makes the case for the fair treatment of female migrant workers from the global South who are employed in wealthy liberal democracies as care workers, domestic workers, home health workers, and farm workers. 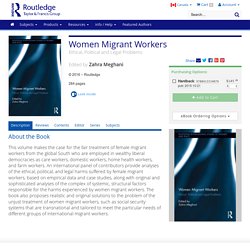 An international panel of contributors provide analyses of the ethical, political, and legal harms suffered by female migrant workers, based on empirical data and case studies, along with original and sophisticated analyses of the complex of systemic, structural factors responsible for the harms experienced by women migrant workers. The book also proposes realistic and original solutions to the problem of the unjust treatment of women migrant workers, such as social security systems that are transnational and tailored to meet the particular needs of different groups of international migrant workers. Reviews. Transnationalism, Migration and the Challenge to Europe: The Enlargement of Meaning. Towards a Refugee Oriented Right of Asylum (Hardback) About the Book This volume explores the factors that give rise to the number of people seeking asylum and examines the barriers they currently and will continue to face. 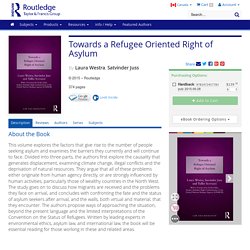 Divided into three parts, the authors first explore the causality that generates displacement, examining climate change, illegal conflicts and the deprivation of natural resources. They argue that all of these problems either originate from human agency directly, or are strongly influenced by human activities, particularly those of wealthy countries in the North West. The study goes on to discuss how migrants are received and the problems they face on arrival, and concludes with confronting the fate and the status of asylum seekers after arrival, and the walls, both virtual and material, that they encounter. The authors propose ways of approaching the situation, beyond the present language and the limited interpretations of the Convention on the Status of Refugees.

Routledge Handbook of Immigration and Refugee Studies (Hardback) About the Book The Routledge Handbook of Immigration and Refugee Studies offers a comprehensive and unique study of the multi-disciplinary field of international migration and asylum studies. Utilising contemporary information and analysis, this innovative Handbook provides an in depth examination of legal migration management in the labour market and its affect upon families in relation to wider issues of migrant integration and citizenship. With a comprehensive collection of essays written by leading contributors from a broad range of disciplines including sociology of migration, human geography, legal studies, political sciences and economics, the Handbook is a truly multi-disciplinary book approaching the critical questions of:

Ideology and the Fight Against Human Trafficking (Hardback) About the Book Human trafficking has become one of the most spoken-of problems of our day, and fighting it has grown into a multi-million-dollar project sector. This book is about how we all come to name various exploitative migratory experiences "human trafficking" and how we build a consensus on how to counter it. Internal Migration: Geographical Perspectives and Processes (Hardback) About the Book Over the last two decades there have been numerous profound changes in UK society which have had an impact on the scale, geographies, meaning and experiences of internal migration. Providing a critical appraisal of migration scholarship from the perspective of Geography, reviewing theory, substantive foci and method, this book demonstrates how sub-national migration in the UK gives rise to and reflects new patterns of population, housing, economies and cultures.

Ageing in Contexts of Migration. Immigrant and Refugee Children and Families. Identifying Emerging Issues in Disaster Risk. Dr. Michel Jaboyedoff is a geologist and has a degree in physics and a PhD degree in clay mineralogy. Since 2005, he is a full professor at the University of Lausanne, focusing his research on natural hazards and related risks.

He is working on integrated risk analysis in Switzerland and developing countries, looking at the impact of hazards on society. Ms. Manuela Fernandez has a degree in political science from the University of Buenos Aires (Argentina) and a Master’s degree in Geography from the University of Lausanne (Switzerland). Essays on Inequality and Integration. Axel Franzen, Ben Jann, Christian Joppke, Eric D. Widmer (eds.) Inequality and integration have been sociology’s two key paradigms since the classics, associated with the names of Marx and Durkheim and Europe’s current economic crisis has forcefully reinvigorated their joint relevance. Diversity and Contact - Immigration and Social. Bildung als Integrationstechnologie? Framing Immigrants.