From Thereâ€™s a tendency among music journalists to discuss everything in the context of some wider trend, a â€˜bit of x here, bit of y thereâ€™ way of doing things. 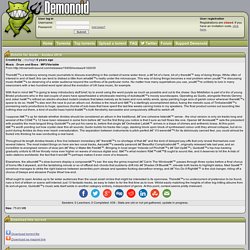 While often of interest in and of itself, this can tend to distract a little from whatâ€™s really under the microscope. This way of doing things becomes a real problem when youâ€™re discussing music thatâ€™s so deserving of a wider audience beyond the confines of its particular niche. No matter how many superlatives you use, youâ€™re unlikely to lure in many newcomers with a two hundred-word spiel about the evolution of UK bass music, for example. With that in mind Iâ€™m going to keep introductory stuff brief, try to avoid using the word purple as much as possible and cut to the chase: Guy Middleton is part of a trio of young Bristol producers who in the last couple of years have spearheaded a wholescale rewiring of dubstepâ€™s moody soundscapes.

Distance - My Demons (2007)(dubstep. King Midas Sound - Waiting For You (320 kbps. FaltyDL - Love is a Liability (2009) 320 kbps. iTAL tEK - Cyclical (2008. User log in User registration Registrations are closed . If you have an invitation code, click here. Martyn - Great Lengths. With so much buzz already surrounding his 12's and remixes, it would have been easy for Martyn to stick to his guns and play it safe on Great Lengths, but a true sense of exploration can be heard throughout the record's 14 tracks. He repeatedly steps outside his past material, significantly broadening his production palette and even employing both dBridge and Spaceape to contribute original vocal work. Combined with a bass line so infectious that it borders on clinical, dBridge's whispers on “These Words' would fit right in among Geeneus' Volume 1 mix for Rinse, providing one of the album's most surprising highlights.

For those of you who don't know what I-Doser is, it is a program that uses binaural beats to "sync" your brain waves so that you have similar mental states to when you are on certain drugs (minus all the negative side effects of course). To learn more about each drug dose, go here I-Doser Store One thing you should definately check out, is the "Hand of God" dose, which costs an insane $199 however I was able to get my hands on it I haven't tried it yet, but i'm assuming it's the experience of a lifetime.

I-Doser - Flac. This is goodwill from what.cd, i originally downloaded this when I was a member of Oink and this was originally created and upped by evilknny9 as I had originally downloaded the 10gb from him on there. Long live Oink, if you are a member of what.cd send me a friend request on there (goodwill) As originally described by evilknny9: "Ok so, I finally decided to take the initiative and take on this project of converting EVERY SINGLE I-Doser dose ever made into .flac files so that they could be listened to more easily, AND, on the go (depending on your portable player). Drum &amp; Bass Releases May 2010. The Ghost in the Shell Complete Collections OST 2.0. Ghost in the Shell Megatech Body Limited Edition Disc 2. Shit Robot - From the Cradle to the Rave, several singles also. User log in User registration Registrations are closed . If you have an invitation code, click here.